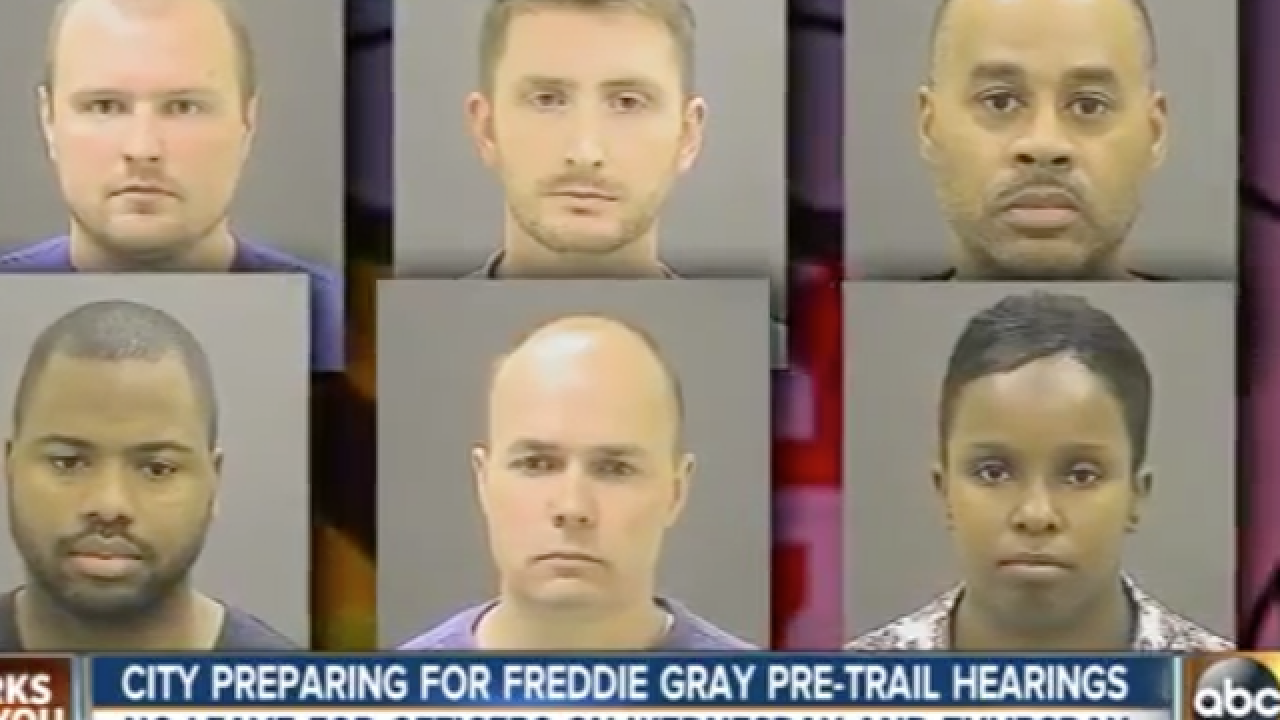 BALTIMORE (AP) — The officer at the wheel when Freddie Gray suffered a fatal spinal injury in the back of a police van caused the young black man's death by deliberately giving him a "rough ride," prosecutors said for the first time Thursday as the driver went on trial on murder and manslaughter charges.

A "rough ride" is police lingo for teaching someone a lesson by putting him in a police wagon without a seat belt and driving so erratically that he is thrown around.

Over the past year, prosecutors had hinted that Gray was subjected to such treatment. But the accusation during opening statements at Officer Caesar Goodson's trial was the first time they said the driver meant to hurt Gray, whose death in April 2015 touched off the worst riots in Baltimore in decades.

Prosecutors say Goodson was grossly negligent when he failed to buckle Gray in or call for medical aid during the 45-minute ride.

"There was no good reason for the defendant not to belt him in, except to bounce him around," Chief Deputy State's Attorney Michael Schatzow said.

During the drive, Goodson ran a stop sign and made a sharp right turn at such high speed that he crossed a double yellow line, Schatzow said. In the back of the wagon, Gray was thrown against the compartment, the prosecutor said.

Goodson attorney Andrew Graham flatly disputed the notion that Gray was deliberately bounced around, saying: "There was no rough ride. It simply didn't happen."

He also said that officers "virtually never" belt prisoners in and that Goodson is such a "slow and cautious" driver that he sometimes lulls his prisoners to sleep.

Graham said Goodson — "a good officer, a gentle man, a nice guy" — didn't belt Gray in because of his "violent and erratic behavior" that included screaming and kicking with such force that the wagon shook. Gray continued to bang around in the van for several stops, the attorney said.

Goodson, who is black, faces the most serious charges of the six officers arrested in the case. The 46-year-old officer could get 30 years in prison if convicted of second-degree murder, or "depraved-heart" murder. He waived his right to a jury trial and opted to let a judge decide his fate.

The trial is being closely watched, not just because Goodson is considered the most culpable of the officers but because prosecutors have yet to secure a conviction in the death that convulsed the city and led to the calling out of the National Guard.

The case against the first officer to go to trial ended in a hung jury in December; last month, the second officer brought to trial was acquitted.

Gray was arrested after making eye contact with a bicycle officer in a high-crime neighborhood and running away. Once he was handcuffed and put in the van, Gray began to scream and kick so violently he shook the wagon, witnesses have said.

Two blocks away, the wagon stopped again, and three officers took Gray out and put him in leg shackles. They then placed him on the floor of the van, head-first and on his belly. He was never buckled in, as required by department policy.

The prosecution's first witness, police Capt. Martin Bartness, used to oversee the development of the department's policies and testified that officers are required to ensure the safety of prisoners and buckle them into seat belts.

Schatzow said that Goodson also failed in his duty when he stopped the van to pick up another prisoner, instead of taking Gray to a hospital.

But Graham said that Goodson's supervisors never directed him to seek medical attention for Gray, and that the man wasn't exhibiting any symptoms of distress.

"He did his job, and he followed instructions," Graham said. "Freddie Gray's death was a tragedy, but convicting a good officer just to assign blame would make a tragic situation worse."

Graham told the judge that the assistant medical examiner who prepared Gray's autopsy report and ruled his death a homicide initially told an investigator that it was "a freakish accident" before meeting with prosecutors and changing her mind.

"It was the result of a pressurized investigation," Graham said.