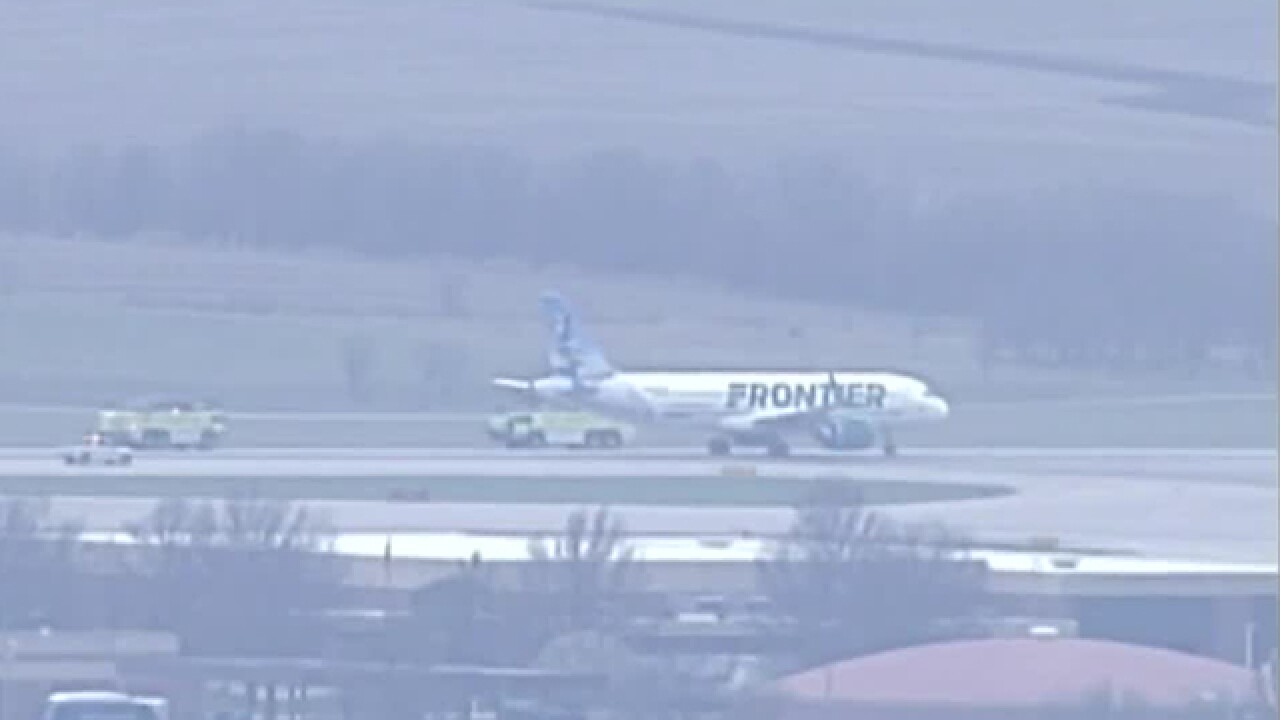 Copyright 2018 Scripps Media, Inc. All rights reserved. This material may not be published, broadcast, rewritten, or redistributed.
<p>Emergency crews met a Frontier Airlines plane on the runway Tuesday afternoon at KCI after the plane’s pilots reported landing gear problems. Photo by SKYTRACKER.</p>

The pilots of Frontier Airlines Flight 821 from Philadelphia to Kansas City were on approach to KCI around 5:15 p.m. when they radioed into air traffic controllers about a landing gear problem.

The plane did a flyby of the airport before circling back and making another try.

Just before 6 p.m., the plane landed without incident at KCI.

Emergency crews quickly evaluated the plane on the runway before the plane proceeded to the terminal.