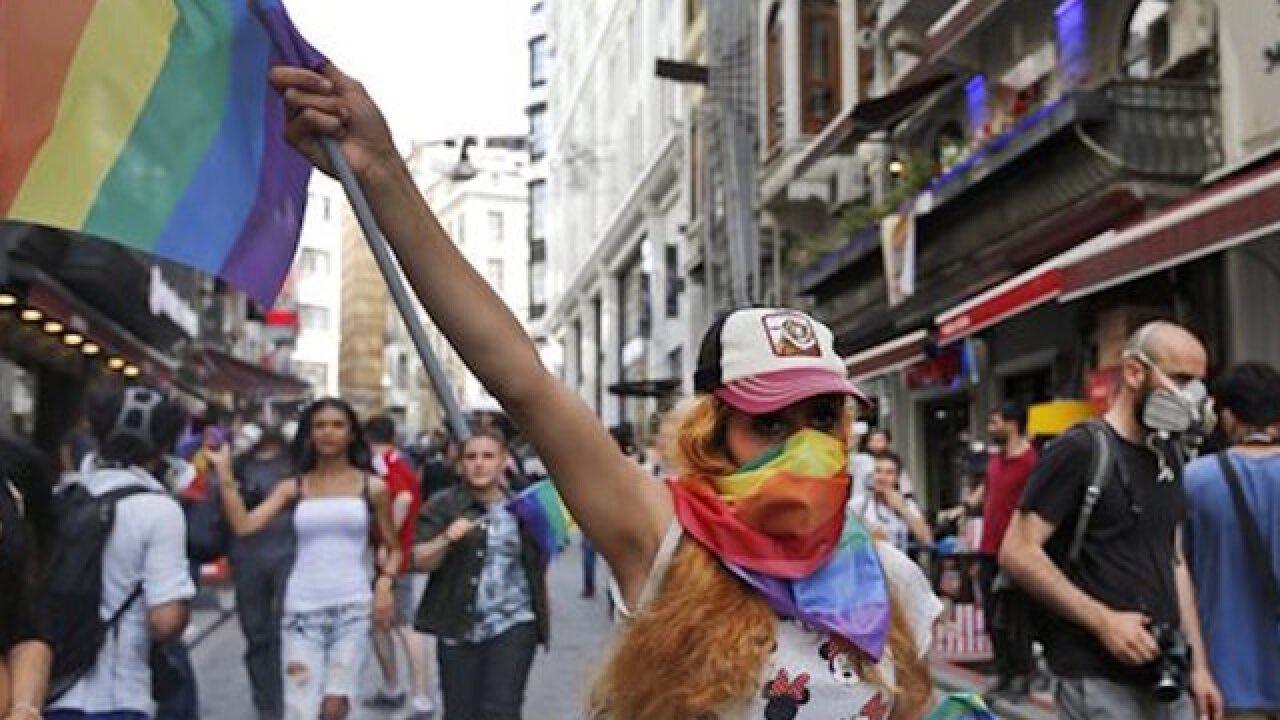 ISTANBUL (AP) — Police in Istanbul have used tear gas and have detained activists who gathered to mark gay pride week after authorities banned their rally in the city. At least 19 activists have been detained.

Police on Sunday rounded up several activists who assembled on a main pedestrian street to issue a statement in honor of gay rights and to denounce the ban. Police later fired tear gas and rubber pellets to disperse activists gathering in side streets. Two European Parliament legislators were also briefly detained.

Last week, police also used tear gas and rubber bullets to break up demonstrators who gathered for the transgender parade in defiance of the ban.