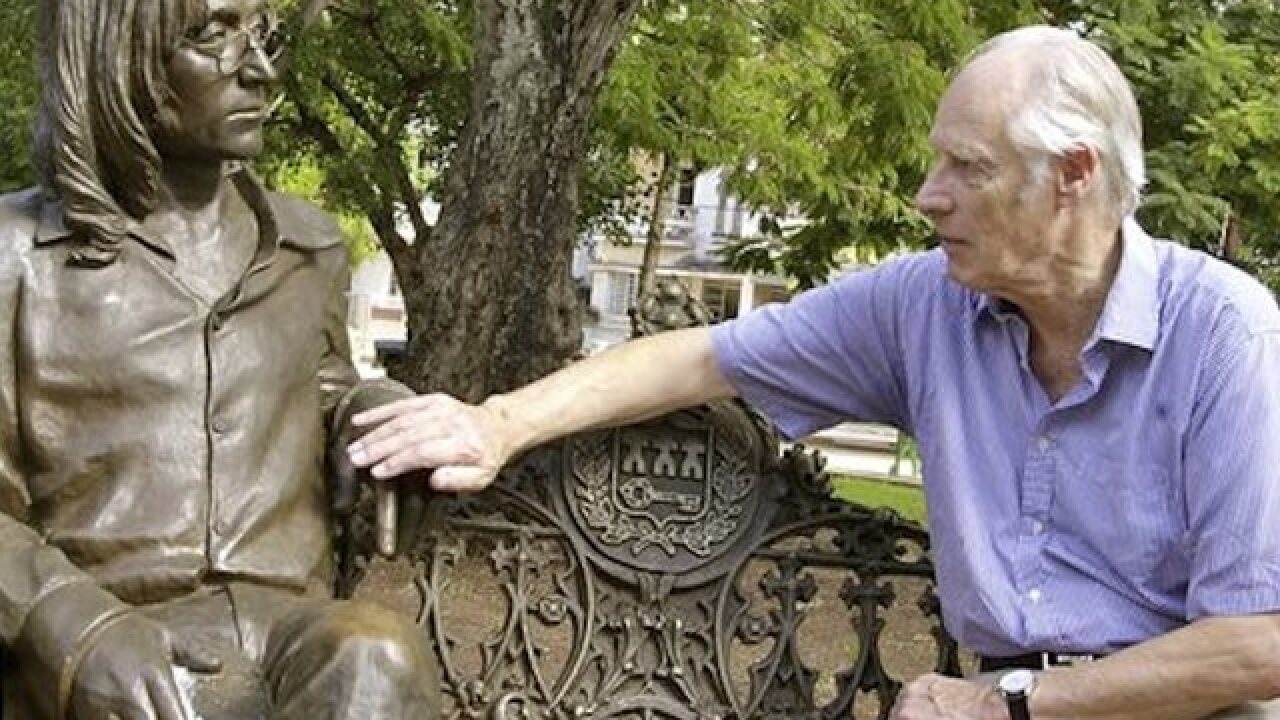 Copyright Associated Press
Cristobal Herrera
<p>In this Oct. 30, 2002, file photo, Beatles producer George Martin touches a statue of John Lennon in a park in the Vedado neighborhood of Havana, during his visit to Cuba. George Martin, the producer who guided the Beatles to astounding heights, has died, his manager said on March 9, 2016. He was 90. (AP Photo/Cristobal Herrera, File)</p>

George Martin, longtime producer for The Beatles, has reportedly died at the age of 90.
Often referenced as the “Fifth Beatle,” Martin produced much of the legendary band’s classic catalog.
Drummer Ringo Starr confirmed the news on Twitter, writing, "God bless George Martin. Peace and love to Judy and his family, love Ringo and Barbara. George will be missed."

Martin boldly signed the Beatles to their first record contract in 1962 – with Parlophone Records -- and worked extensively with them for the next several years on most of their major hits, including "Love Me Do.”

Parlophone Records had a central focus on jazz and comedy at that time.
Paul McCartney said Martin was "like a second father to me."
He said that "if anyone earned the title of the fifth Beatle it was George," and credited Martin with strokes of musical genius including the string arrangement on "Yesterday," one of the band's most enduring songs.

McCartney said in a statement that "the world has lost a truly great man who left an indelible mark on my soul and the history of British music."

His move came after a slew of other major UK labels rejected the band. Starr had yet to join when Martin came into the picture.
"George Martin made us what we were in the studio," John Lennon said in 1971, according to Rolling Stone. "He helped us develop a language to talk to other musicians."
Martin, born January 3rd, 1926 in Highbury, London, joined the Fleet Air Arm of the Royal Navy. Having learned piano at a young age, he went on to work in the BBC's Classical Music Department after World War II.
He met the Beatles in early 1962.
The Associated Press contributed to this report.
Scripps Only Content 2016