Big drops for stocks are back again 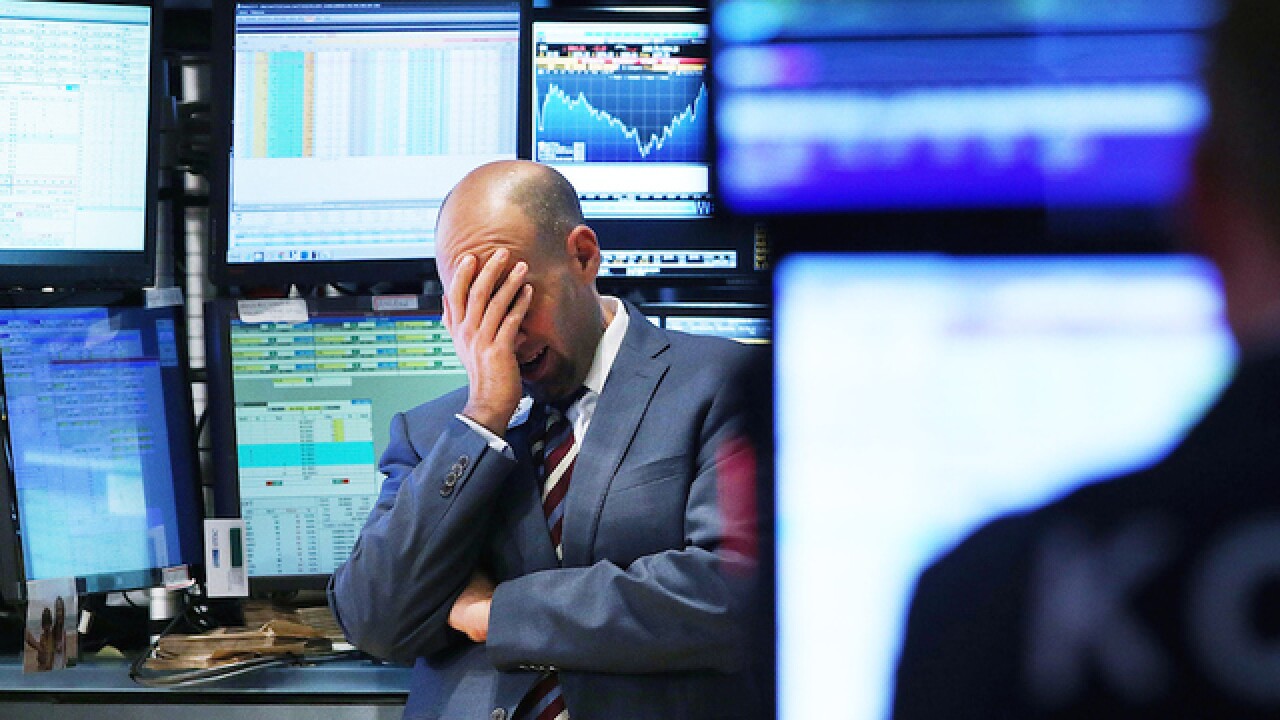 Copyright Getty Images
Spencer Platt
<p>A trader works on the floor of the New York Stock Exchange on October 15, 2014 in New York City. As fears from Ebola and a global slowdown spread, stocks plunged on Wednesday with the Dow falling over 400 points during the afternoon before receovering slightly. </p>

Stock prices plunged again Friday and are down 8 percent in just two weeks, an unprecedented slide for a start of a year.

The vicious drops feel even more unsettling because they're such a departure from the placid and strong returns that investors had been enjoying for years. Like vacationers returning from a warm beach to a slushy commute to work, the shock of change is making something already painful even more so.

Now investors just need to get used to it, analysts say.

"It was easy for many years," says Bill Barker, portfolio manager at Motley Fool Asset Management, whose three mutual funds control about $600 million. "That was not an accurate display of what happens in the market all the time."

The painful return of big price swings serves as a reminder that investing in stocks can be harrowing, especially if investors focus on the day-to-day moves.

That's not to say investors can't still win over the long term. Over the past 12 months, an investor in an S&P 500 index fund has lost nearly 5 percent, including dividends. But over five years, they are up a total of 60 percent, and over 10 years, they are up 79 percent.

It's just that analysts expect the volatility to continue. The remarkably calm stretch from late 2011 through last summer was an anomaly.

From 2012 until last summer, investors basked in a market where the Standard & Poor's 500 rarely had a bad day. The widely followed index fell more than 1 percent less often than Los Angeles has rainy days, about 8 percent of the time. During that span, the S&P 500 also completely avoided a "correction," which is what traders call a sustained drop of 10 percent.

It wasn't until this past August when the S&P 500 snapped into its first correction in nearly four years, felled by concerns about China's slowdown and the fragility of the global economy. The worries have resumed this year. The S&P 500 fell back into a correction, and it has already had six days where it's lost more than 1 percent.

That means the S&P 500 has had that big a drop in 22 percent of the trading days since Aug. 20, more than the historical average.

But when looking at the last five years as a whole, the recent spurt of volatility has merely pulled the market back to "normal." The S&P 500 has had a 1 percent drop in 11 percent of trading days in the last five years, the same as its average over the last 50 years.

Besides China's sharp economic slowdown, analysts see other reasons for volatility to continue. Tensions in the Middle East are high, and the plunge in prices of oil and other commodities are raising concerns about global economic growth and decimating the profits — and share prices — of materials producers.

What makes the volatility even more painful to endure is that many analysts are forecasting stock returns to be lower this year and in the coming years than in the recent past. So investors are facing the prospect of higher risk without much higher reward.

The forecast for big swings could encourage some investors to try to time the market, attempting to jump in to catch stocks when they're rising and jump out during downturns. That's usually not a good idea, even for pros.

Strategists at Goldman Sachs' investment management division wrote in a recent report that it's better to remain a long-term investor, and not become a short-term trader.

"The vast majority of traders — including most macro hedge fund traders — have failed to capitalize on such moves," the strategists wrote.