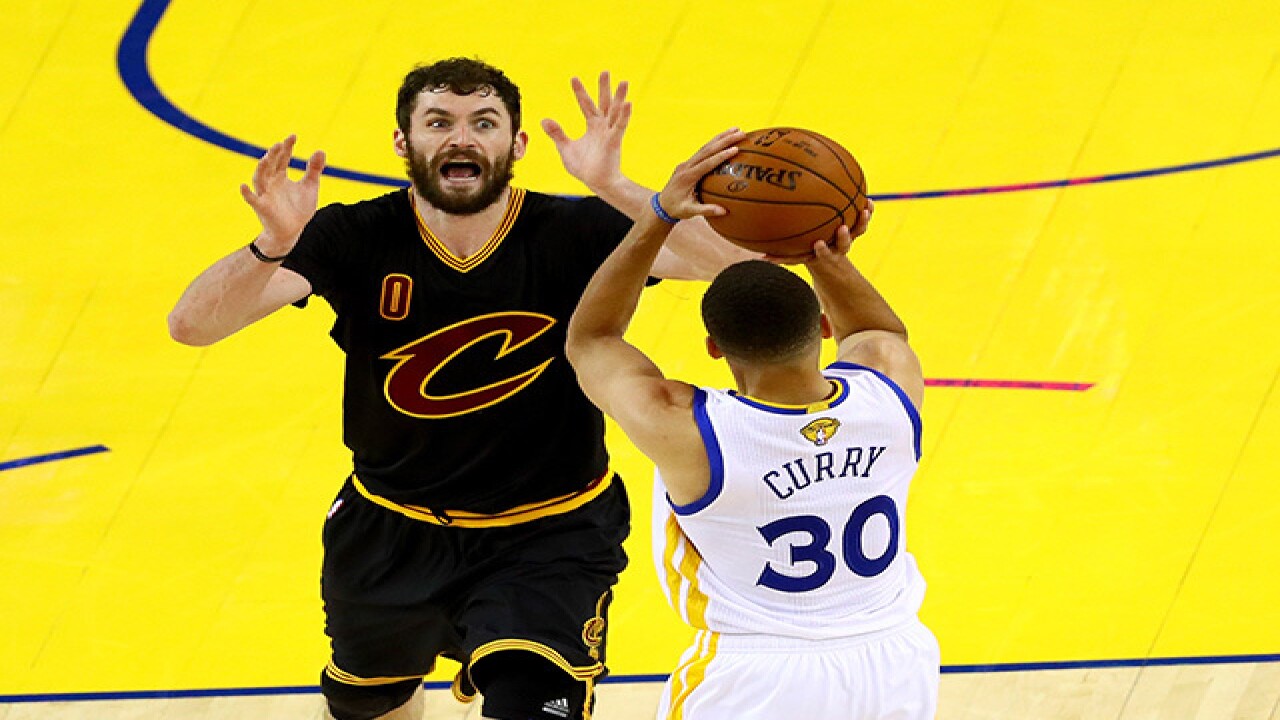 Copyright Getty Images
<p><span style="color: rgb(26, 26, 26); font-family: "Helvetica Neue", Helvetica, Arial, sans-serif; line-height: 18px;">OAKLAND, CA - JUNE 13: Stephen Curry #30 of the Golden State Warriors shoots the ball against Kevin Love #0 of the Cleveland Cavaliers during the second half in Game 5 of the 2016 NBA Finals at ORACLE Arena on June 13, 2016 in Oakland, California. NOTE TO USER: User expressly acknowledges and agrees that, by downloading and or using this photograph, User is consenting to the terms and conditions of the Getty Images License Agreement. (Photo by Ezra Shaw/Getty Images)</span></p>

A GoFundMe has been set up in an effort to get Cleveland Cavaliers' forward Kevin Love to sit out Game 6 of the NBA Finals.

This comes after Game 5 in Oakland, where Love — regarded as one of the Cavaliers' "Big Three" players — only scored two points. Teammates LeBron James and Kyrie Irving, the other two members of the "Big Three," scored a combined 82 points Monday.

Giles Debenham, the creator of the GoFundMe page, wrote in his plea for money: "Kevin Love is playing like a bum and just taking up room on the court."

He proposes that fans help raise money to pay the forward to sit on the bench during Thursday's game. The goal is to raise $10 million.

So far no one has donated.

The Cavaliers hope to get their third win against the Warriors at home Thursday.