Goldfish as an invasive species? They are taking over one Washington lake 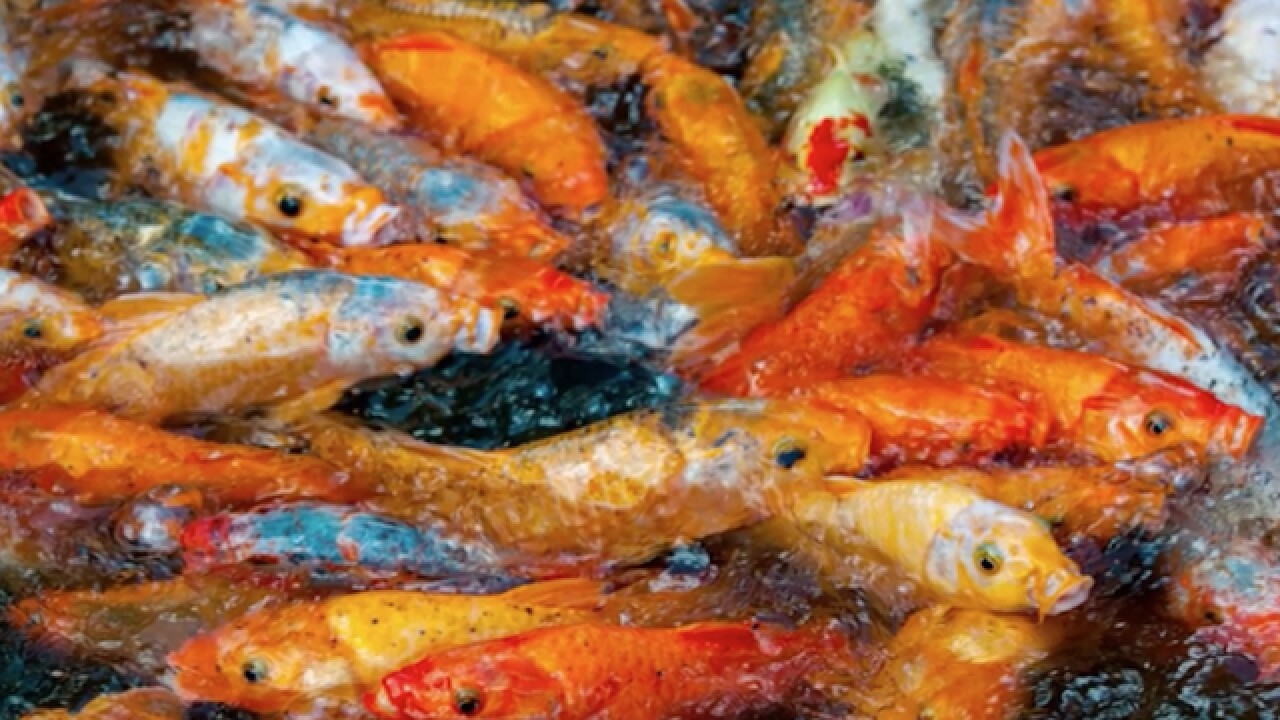 The State of Washington will soon have to rehab a lake that is overrun with an invasive species: Goldfish.

The fish have filled West Medical Lake, along with Koi, and are crowding out other fish species.

Pet owners likely dumped goldfish into the lake, and that may be the source of the problem, says the Division of Fish and Wildlife. Officials say while some believe it's a service to goldfish to release them into a lake, it is a disservice to the ecosystem.

Goldfish are a domesticated version of a wild carp from East Asia and were developed due to artificial selection created by humans.

West Medical Lake, near Spokane, Washington, is known as one of the best producing opening day trout lakes in the state, according to the Washington Dept. of Fish and Wildlife. It gets stocked with thousands of native trout every year, but that trout is unable to flourish because of the goldfish, which is taking resources such as food and oxygen away.

KHQ6 television station reports the goldfish issue for West Medical Lake has been happening for a few years. Brighter light is being shed on the issue now as a rehab of the lake may happen in the fall of 2018.

Pet owners who are caught releasing pet fish into natural water streams and lakes will be responsible for restitution, according to the report.