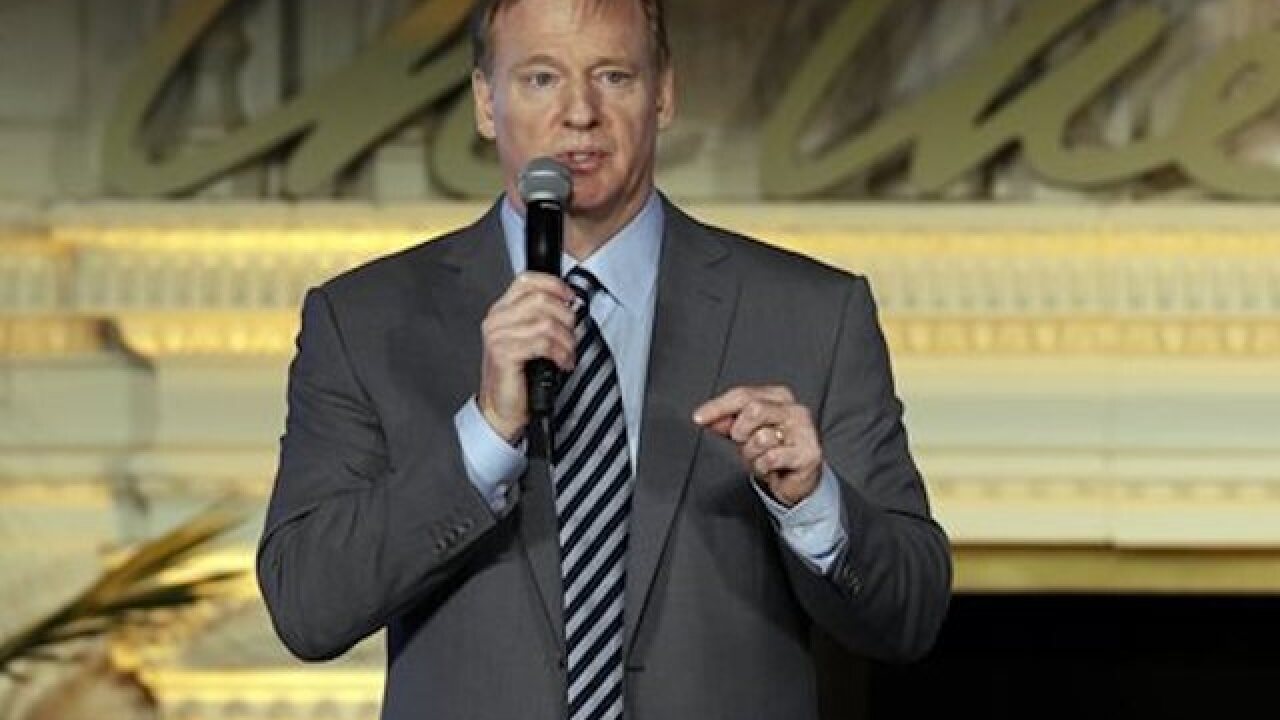 SAN FRANCISCO (AP) — NFL Commissioner Roger Goodell will implement a "Rooney Rule" requiring that women be interviewed for executive positions with teams around the league.

Goodell made the announcement Thursday in his opening remarks at the first NFL Women's Summit, part of Super Bowl 50.

"You can see that progress is being made and our commitment is, we have something called the Rooney Rule, which requires us to make sure when we have an opening that on the team or the league level that we are going to interview a diverse slate of candidates," Goodell said. "Well, we're going to make that commitment and we're going to formalize that we, as a league, are going to do that for women as well in all of our executive positions. Again, we're going to keep making progress here and make a difference."

That move comes after Jen Welter coached the Cardinals' inside linebackers during Arizona's training camp last summer, while Sarah Thomas became the league's first female official this past season.

"Sarah was our first female NFL official on the field this year," Goodell said. "She did a fantastic job, and we're very proud of her. We also have people breaking into the coaching ranks. Jen was the first coach last year. She set a trend, and we now have a second coach with the Buffalo Bills."

"I think this should be the Al Davis rule," former Oakland CEO Amy Trask, the NFL's first female CEO, said on Twitter of the late Raiders owner. "Hope my reasoning is clear."