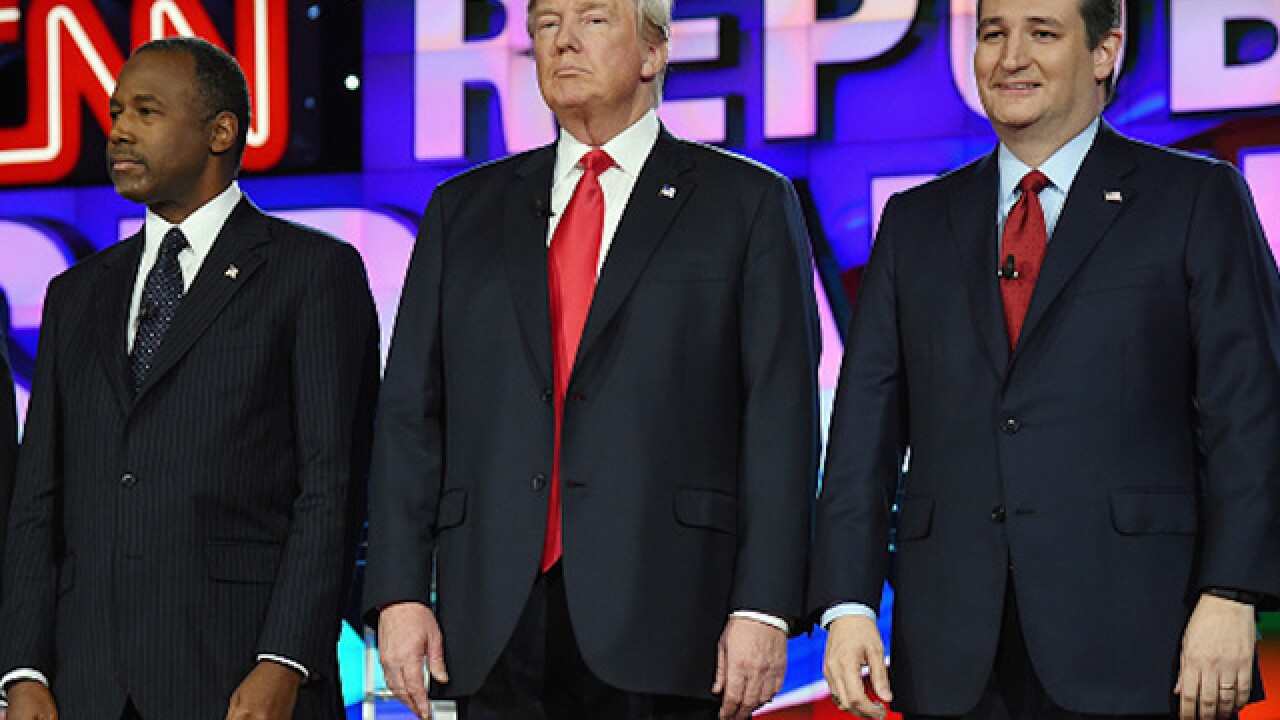 In the last week, popular searches on Google have included, "What party is Jeb Bush running for," "What has Ben Carson lied about," "What is Chris Christie's job," "How many votes does Carly Fiorina have" and "Will Governor Kasich pardon a misdemeanor?"

Here is what Google users are searching for about: