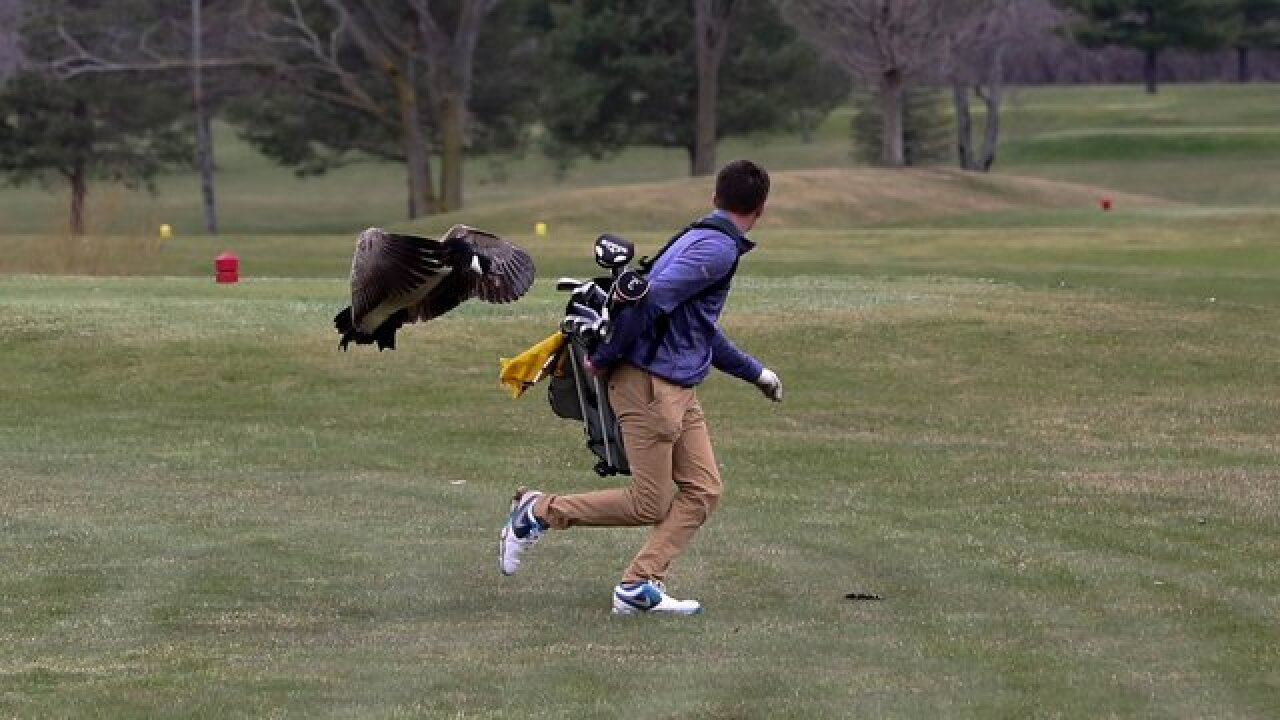 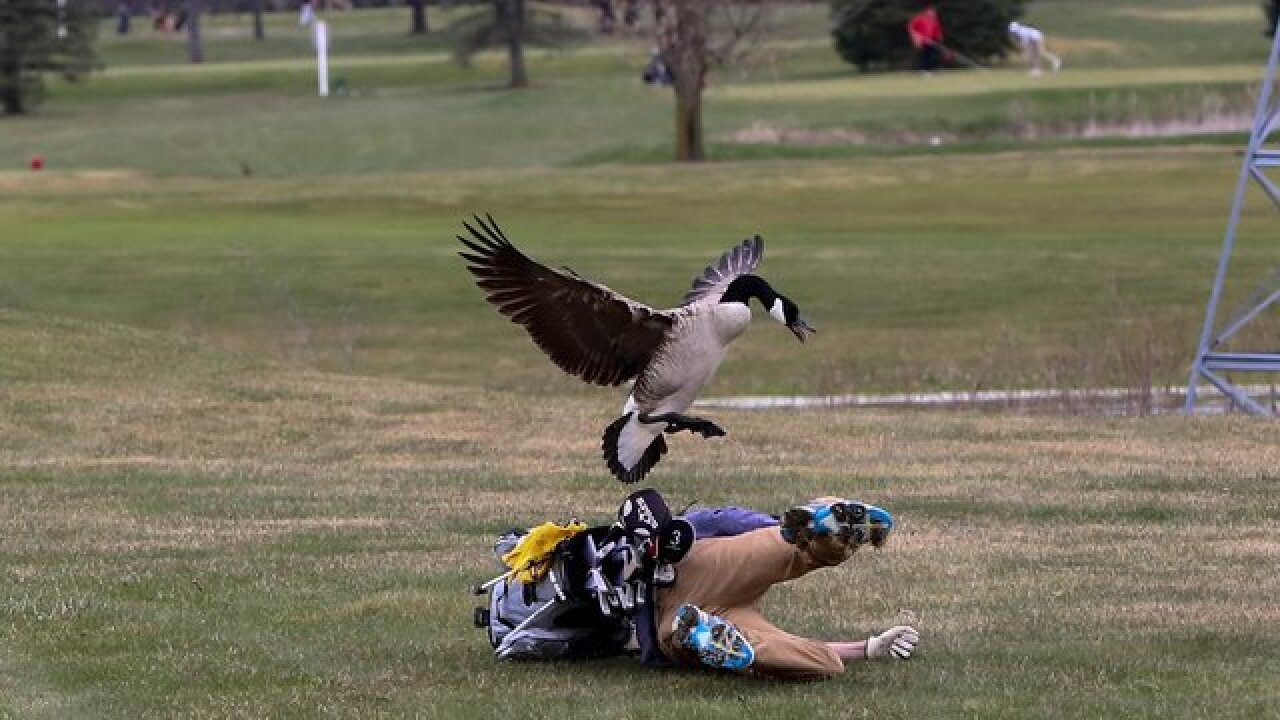 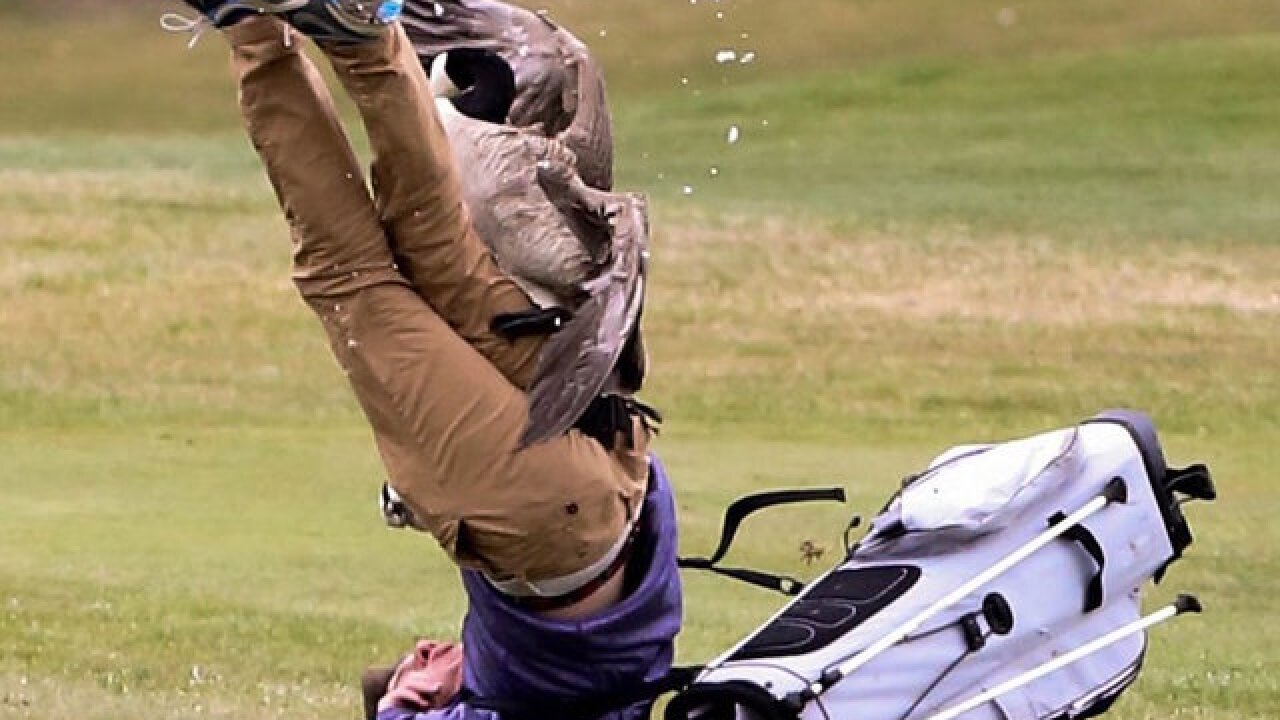 Geese are terrifying. Everyone knows this. Their bites hurt land they have no respect for children or the elderly. In fact, they are the second-most terrifying bird behind turkeys (large, tenacious) and ahead of crows (eidetic, vengeful).

So this momentous trio of photographs showing a Canada goose absolutely trucking a high school golfer near Blissfield, Michigan, is just a reminder of the natural order of things. You can have, as one Twitter user put it, a "quiver full of bird maulers" and a whole high school athlete's worth of physical power, but the goose is going to win every time. It's science.

The unlucky human sacrifice here is Isaac Couling, a member of the Concord High School golf team. According to Blissfield Golf Coach Steve Babbitt, Couling, 16, was competing in the Madison Tournament at the World Creek Golf Course in Adrian, Michigan, when terror rained down.

"The group just finished teeing off on hole #7 and were walking down the fairway," Babbitt told CNN in an email. "They were aware of a goose nest on their left which they were looking at but not bothering when from behind them and to the right came the guard goose (protecting the nest)."

Then came a rather alarming escalation, a whole Shakespearean tragedy in three acts. The Blissfield Athletics Twitter account explained that Couling was caught off guard by the charging bird as he was keeping an eye on another, probably equally threatening, goose.

As Couling attempted to flee the chaos he tripped, allowing the goose a clear coup de grâce.

Said Blissfield Athletics on Twitter: "And you thought golf was boring?"

Massive credit should also be given to Devon Pitts of Blissfield, the photographer who caught this inspiring moment of nature in action.

Fortunately, Couling is fine despite his close brush with winged evil. He tells CNN he was able to pick up the game where he left off, though only on the goose's terms.

"My clubs fell out and the goose guarded my golf clubs, so I had to finish with my teammate's clubs," he said. "The coaches had to go out with golf carts (to chase it away) while I finished the hole."