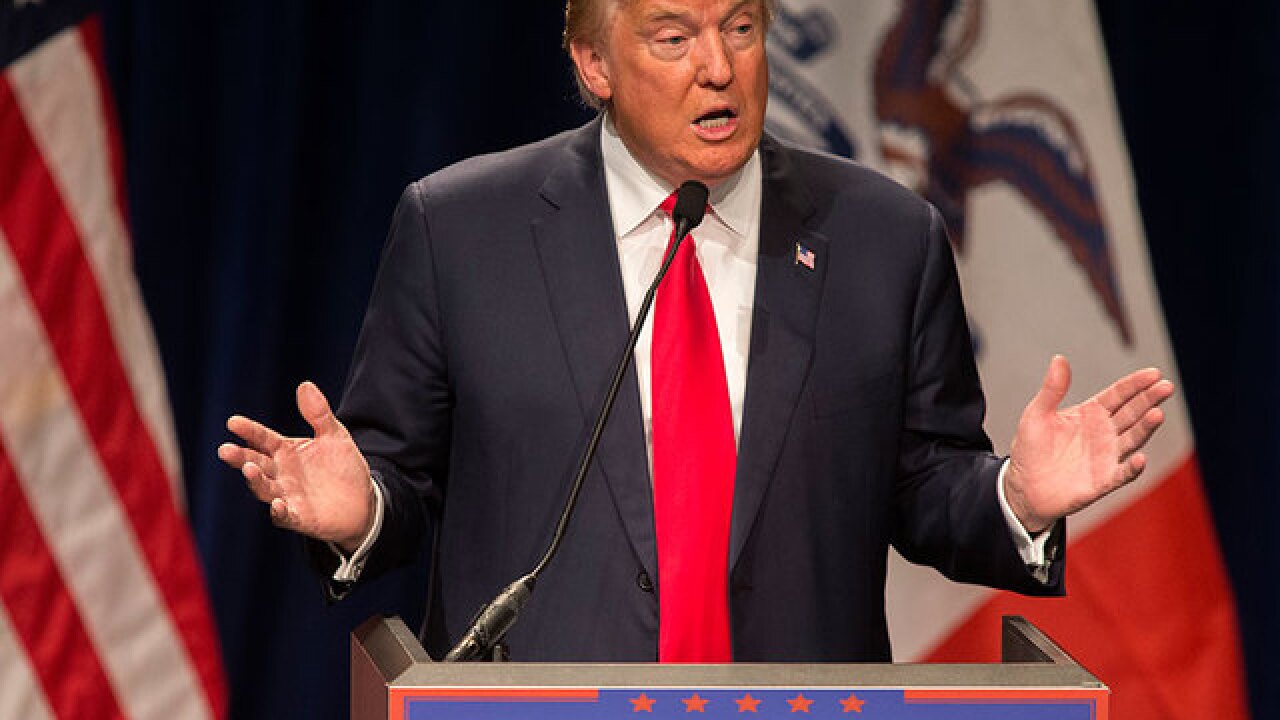 The release of four Americans detained by Iran won praise on Saturday from several Republicans running for president, along with condemnation of the Obama administration for its dealings with the Islamic Republic.

There were exceptions, with Kentucky Sen. Rand Paul saying he was pleased "our government did not sit idly by" as Iran held pastor Saeed Abedini, who was among those freed.

Florida Sen. Marco Rubio, meanwhile, warned the deal created an incentive for other governments around the world to take Americans hostage, even though just a few months ago he had urged Secretary of State John Kerry to "use every tool at your disposal" to free Americans held in Iran.

In return, the U.S. agreed to pardon or drop charges against seven Iranians — six of whom are dual U.S.-Iranian citizens — accused or convicted of violating U.S. sanctions.

Along with Abedini, those released include Washington Post reporter Jason Rezaian, former U.S. Marine Amir Hekmati and Nosratollah Khosravi-Roodsari, whose name had not been previously made public. Student Matthew Trevithick was also released in a move unrelated to the swap, U.S. officials said.

Here's a deeper look at what the candidates had to say on Saturday about the prisoner exchange.

The Republican front-runner said while he's happy the prisoners are coming back, "it's a disgrace they've been there for so long."

"This should have been done three or four years ago," Trump told a crowd gathered at a car dealership on a snowy Saturday in Portsmouth, New Hampshire.

Trump said he would need to look into the details of the deal to free the prisoners, but he said his initial assessment was that it "doesn't sound too good."

"They get $150 billion, plus seven and we get four," said Trump, referring to the approximately $100 billion in Iranian assets that will be unfrozen as part of the Islamic Republic's nuclear deal with the U.S. and five other world powers.

Florida Sen. Marco Rubio said that while he is happy for the freed Americans and their families, the U.S. "shouldn't be involved in swaps. This never should have happened."

"Governments are taking Americans hostage, because they believe they can gain concessions from this government under Barack Obama," Rubio said while campaigning in Iowa. "It's created an incentive for more people to do this in the future."

That's not the message Rubio was sending earlier this year, after the nuclear deal with Iran was announced.

In July, he wrote to Secretary of State John Kerry that it is "unacceptable that the United States has reached a final agreement with Iran while innocent Americans languish in the most brutal conditions of Iranian jail cells."

He went on to add, "These American citizens deserve to be released unconditionally, and I urge you to use every tool at your disposal to secure their freedom."

Former Florida Gov. Jeb Bush called the release "good news," but suggested the U.S. decision to release Iranian prisoners in exchange amounted to the latest example of "weakness" in the Obama administration's dealings with Iran.

"Let's take a step back here. The bigger issue is that we've legitimized a regime who shows no interest in actually moving toward the so-called community of nations," Bush told voters at a town hall in Amherst, New Hampshire.

In a statement, the Kentucky senator praised Abedini as "an incredibly brave man for risking his life for his Christian beliefs."

Taking a different tack than several others in the Republican presidential race, Paul didn't use the release to condemn the Obama administration for its actions in brokering the nuclear deal with Iran.

Instead, he said, "I am pleased that our government did not sit idly by while an American citizen was persecuted abroad due to religious intolerance.

"The United States stands as a beacon of freedom and hope for those across the globe, and as such, we must continue to fight for the safe return of those wrongfully imprisoned abroad based on their religious beliefs."

"I want to start by giving thanks ... but at the same time we've got to shake our heads at how it happened," Cruz said.

Cruz told the crowd that while Iran released a pastor and journalist, among others, the U.S. freed Iranians accused of violating sanctions and assisting the Tehran regime's nuclear ambitions.