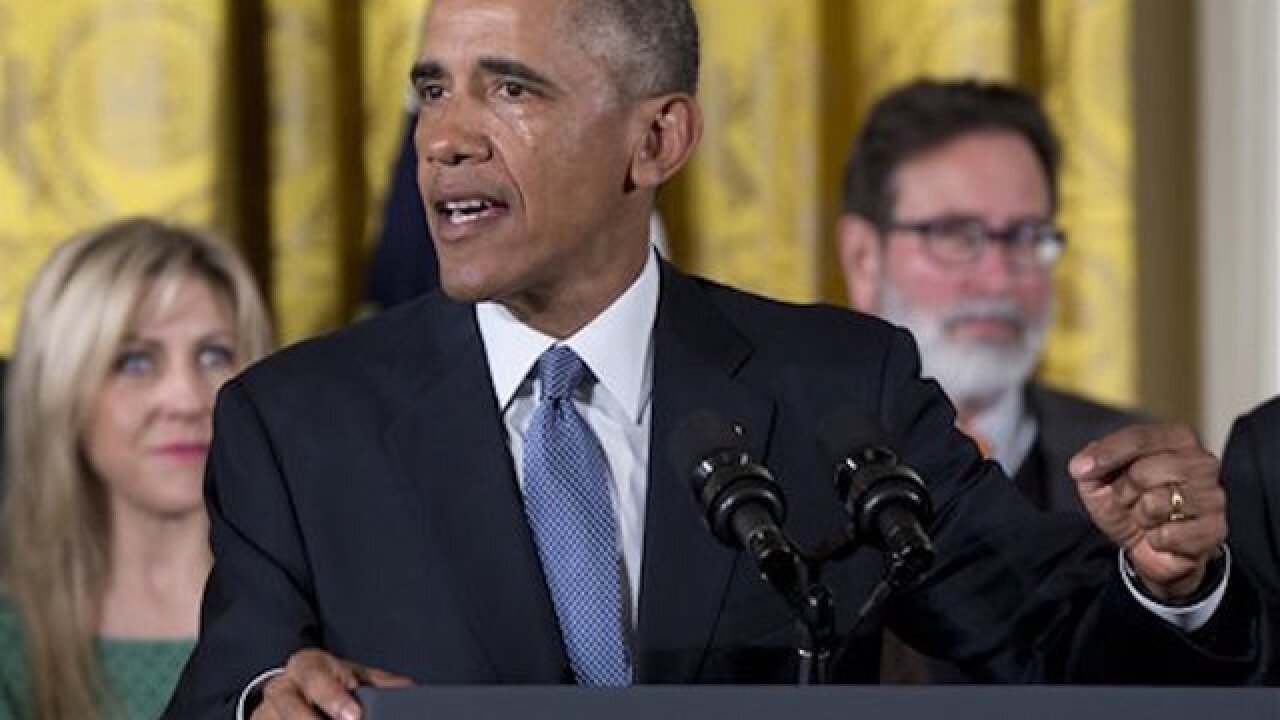 Carolyn Kaster
<p>In this Jan. 5, 2016, photo, and as tears flow from his eyes, President Barack Obama speaks in the East Room of the White House in Washington, about steps his administration is taking to reduce gun violence. Obamaís proposals to tighten gun control rules may not accomplish his goal of keeping guns out of the hands of would-be criminals and those who arenít legally allowed to buy a weapon. In short, thatís because the conditions he is changing by executive action are murkier than he made them out to be. (AP Photo/Carolyn Kaster)</p>

Mississippi congressman Steve Palazzo says the president's effort to try to expand background checks to cover more sales of guns between private parties are "just the latest, if not most egregious, violation of the separation of powers" by Obama.

Obama's moves earlier this week are expected to have a modest impact, at best, on gun sales. But they have stirred up advocates on both sides of the issue.