GOP megadonor David Koch of Koch Industries is stepping down 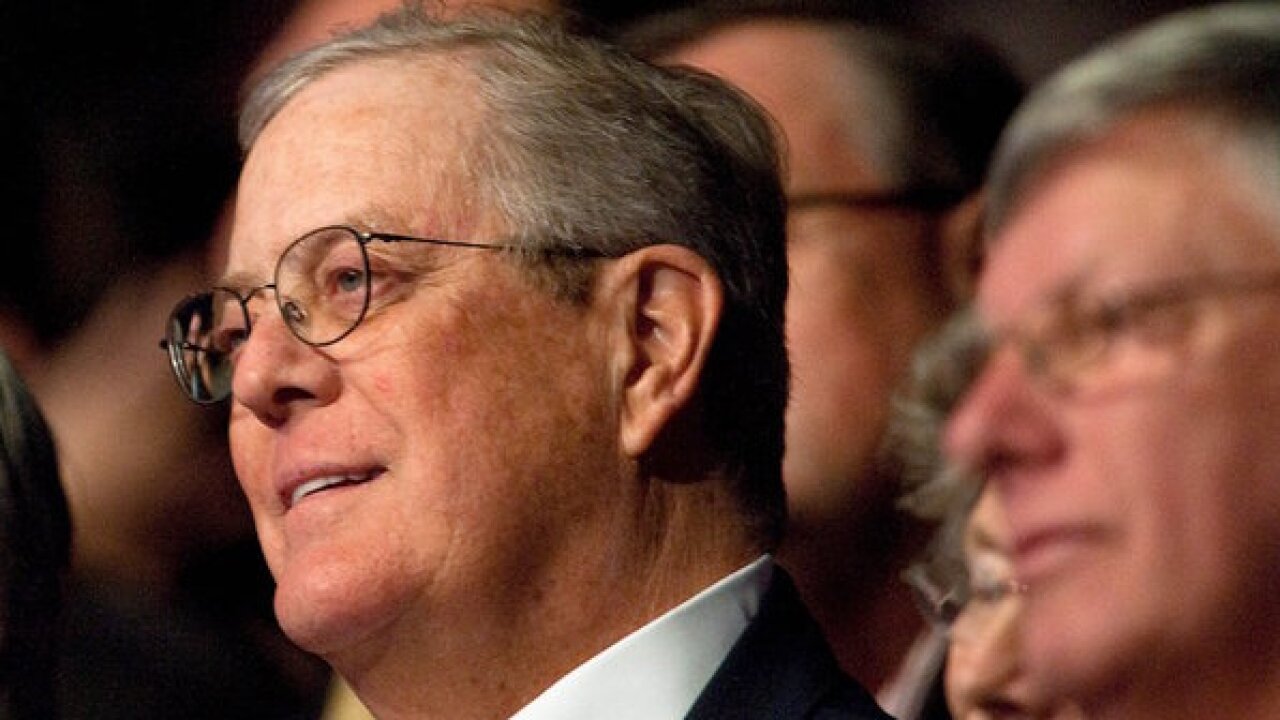 © 2018 Cable News Network, Inc.
Nicholas Kamm/AFP/Getty Images
<p>Republican megadonor and billionaire David Koch is stepping down from his role at Koch Industries and other organizations due to declining health, his brother, Charles, announced on Tuesday.</p>

Billionaire Republican megadonor David Koch is stepping down from his roles at Koch Industries, the Americans for Prosperity Foundation, and other organizations, according to announcements on Tuesday.

In a letter to all employees of Koch Industries sent Tuesday, David's brother Charles Koch, who serves as chairman and CEO of Koch Industries, said that issues that led to a 2016 hospitalization have not been resolved, and David's "health has continued to deteriorate." He did not provide further details about his brother's condition.

Outside of Koch Industries, the brothers are deeply involved in philanthropy and politics, bolstering conservative organizations that include the Americans for Prosperity Foundation, Freedom Partners, and the Cato Institute. Their mission of advancing a small-government, libertarian-leaning message has expanded to include large donations to colleges and universities as well as advocating for criminal justice reform. They have also dedicated funds toward medical research and the arts.

Following the Koch Industries announcement, Americans for Prosperity Foundation announced that David, 78, would be resigning from its board.

"Due to health reasons, David Koch will be resigning from the board of the AFP Foundation. We greatly appreciate his vital role on the board & all that he has done to help build a strong foundation for our future success. We wish him and his family well," a message from board of directors member Mark Holden said .

David was the Libertarian Party's vice presidential candidate for the 1980 presidential election. He and his brother Charles also founded Citizens for a Sound Economy, a predecessor organization to the advocacy group FreedomWorks.