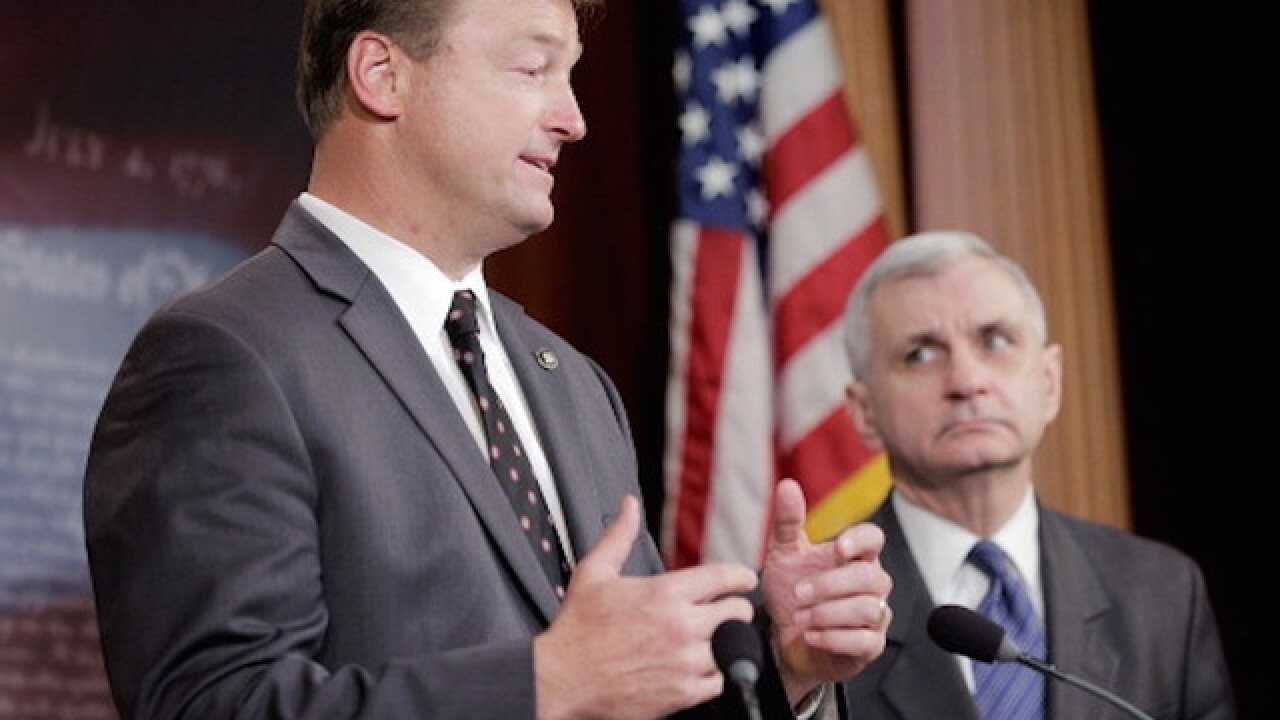 T.J. Kirkpatrick
<p>WASHINGTON, DC - APRIL 03: Senators Dean Heller (R-NV), left, and Jack Reed (D-RI) speak to the press after a 61-35 vote in the Senate to advance the Reed-Heller bill on April 3, 2014 in Washington, DC. The bill, now expected to pass the Senate on Monday, would reinstate emergency unemployment insurance benefits for five months. (Photo by T.J. Kirkpatrick/Getty Images)</p>

WASHINGTON (AP) — Nevada Sen. Dean Heller has become the first Republican senator to break with his party's leader and say President Barack Obama should nominate a replacement for the late Antonin Scalia on the Supreme Court.

Heller said Wednesday that Nevadans "should have a voice" in selecting a new justice.

Just hours after Scalia's death Saturday, Senate Majority Leader Mitch McConnell said Obama should not name a nominee and leave that for whoever is elected president in November. Numerous GOP senators have backed McConnell on that, though some have not ruled out hearings and a vote by the Senate Judiciary Committee.

Heller said he doesn't expect an Obama nominee to be approved by the GOP-run Senate.

Politically, Nevada is a closely divided state. Heller has at times taken moderate stances on issues.