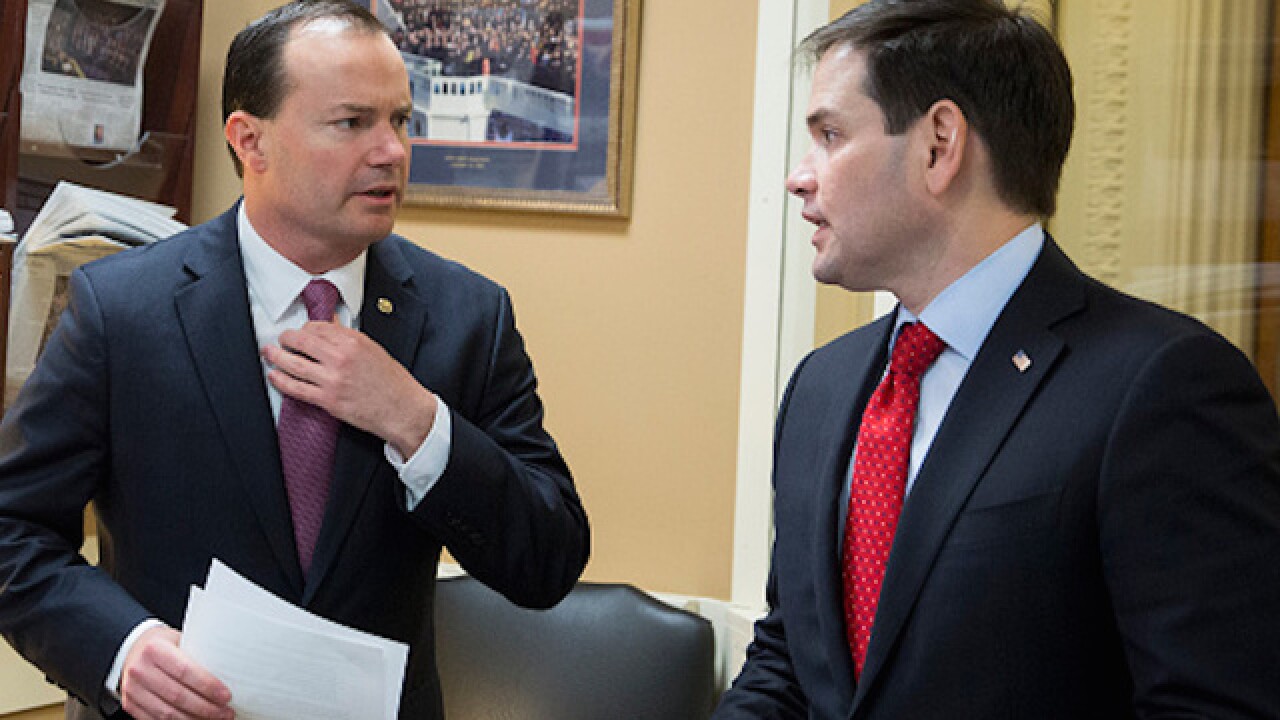 WASHINGTON (AP) — Republican Sen. Mike Lee of Utah said Friday that federal aid is not needed in Flint, Michigan, where lead-contaminated pipes have resulted in an ongoing public health emergency.

Lee said he is holding up bipartisan legislation to address the water crisis in Flint because Michigan's Republican governor, Rick Snyder, has not asked for federal help and the state does not need it.

"Michigan has an enormous budget surplus this year" and a rainy-day fund totaling several hundred million dollars, Lee said. The state has approved $70 million in emergency funding for Flint, and Snyder has requested at least $165 million more toward the Flint emergency.

"The people and policymakers of Michigan right now have all the government resources they need to fix the problem," Lee said. "The only thing Congress is contributing to the Flint recovery is political grandstanding."

Senators from both parties reached a tentative deal last month for a $220 million package to fix and replace lead-contaminated pipes in Flint and other cities, but the bill remains on hold.

Sen. Debbie Stabenow, D-Mich., a key sponsor of the bill, said she was surprised and disappointed that Lee would hold up a bipartisan measure that would "help communities across the country, including in his home state of Utah."

If Lee opposes the bill, he should vote against it, "but he should not block it from even getting a vote," Stabenow said.

Supporters said the bill would use federal credit subsidies to provide incentives for up to $700 million in loan guarantees and other financing for water infrastructure projects across the country. Similar problems with aging pipes have cropped up in several states since the Flint crisis became known last year.

The Senate bill would be paid for by redirecting up to $250 million from an Energy Department loan program approved in the 2009 economic stimulus law.

Republican presidential candidate Ted Cruz had placed a hold on the bill last month, but lifted it after reviewing the measure. A spokesman said Cruz will not prevent the bill from moving forward in the Senate.

Sen. David Vitter, R-La., also has objected to the bill, which is attached to a broader energy measure being debated in the Senate. Vitter's concerns are unrelated to Flint and center on efforts to expand fishing areas for red snapper and other species in the Gulf of Mexico.

Vitter said in a statement that he is hopeful the Senate moves forward with the energy bill in the near future. "In the meantime, I'm working with my colleagues to ensure that my language to help promote fishing opportunities for anglers in the Gulf is not neglected," he said.