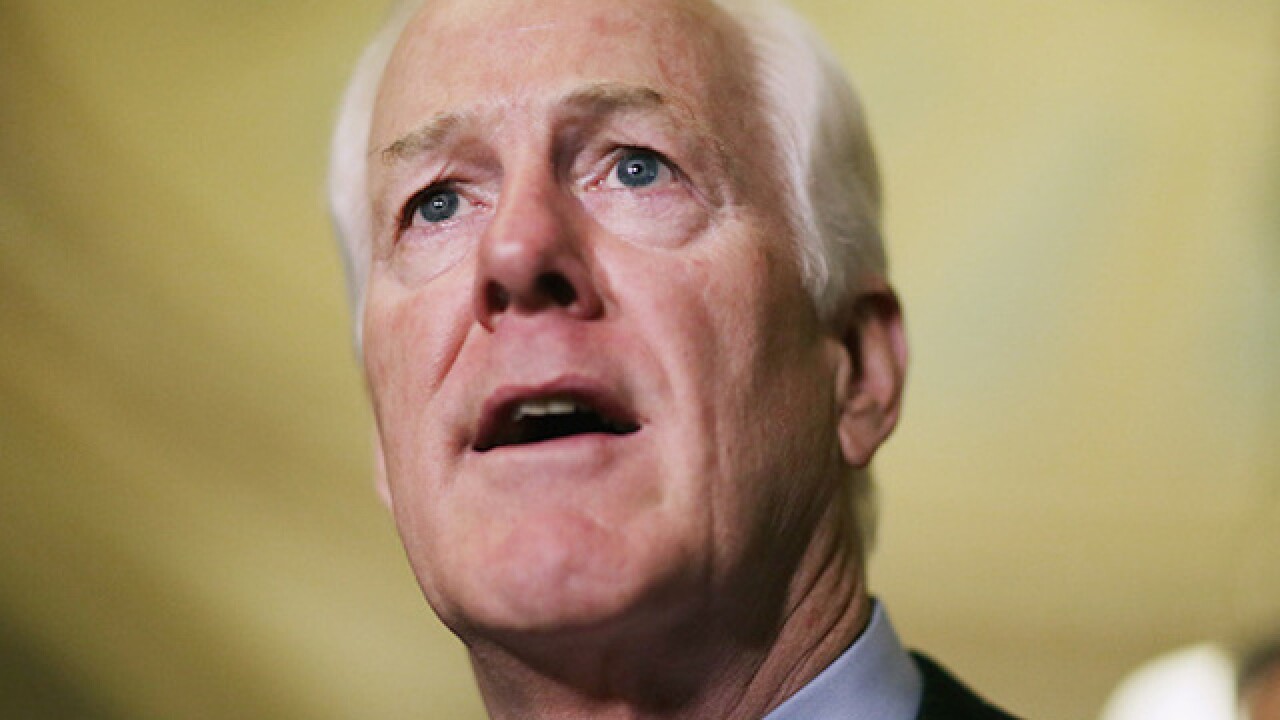 Chip Somodevilla
<p>WASHINGTON, DC - DECEMBER 15: Senate Majority Whip John Cornyn (R-TX) (L) talks to reporters following the weekly Senate GOP policy luncheon at the U.S. Capitol December 15, 2015 in Washington, DC. Senate Majority Leader Mitch McConnell (R-KY) said that he believes that the Senate and House of Representatives are close to a deal on an omnibus budget legislation and expects a vote on the spending bill as early as Thursday. (Photo by Chip Somodevilla/Getty Images)</p>

WASHINGTON (AP) — The No. 2 Republican in the Senate is leaving open the possibility of a confirmation hearing for President Barack Obama's nominee to fill the vacancy on the Supreme Court.

Texas Sen. John Cornyn said Wednesday on "The Mark Davis Show," a talk show on Dallas-area radio station KSKY, that it was up to Judiciary Committee Chairman Charles Grassley on whether to schedule a hearing.

At the same time, Cornyn echoed Majority Leader Mitch McConnell's contention that the selection of a replacement for the late Justice Antonin Scalia should wait until the next president.

Cornyn said it was up to McConnell to schedule a vote of the full Senate if the nomination emerged from the committee.

Cornyn said the Senate should not confirm whomever Obama selects, deferring to the next president.