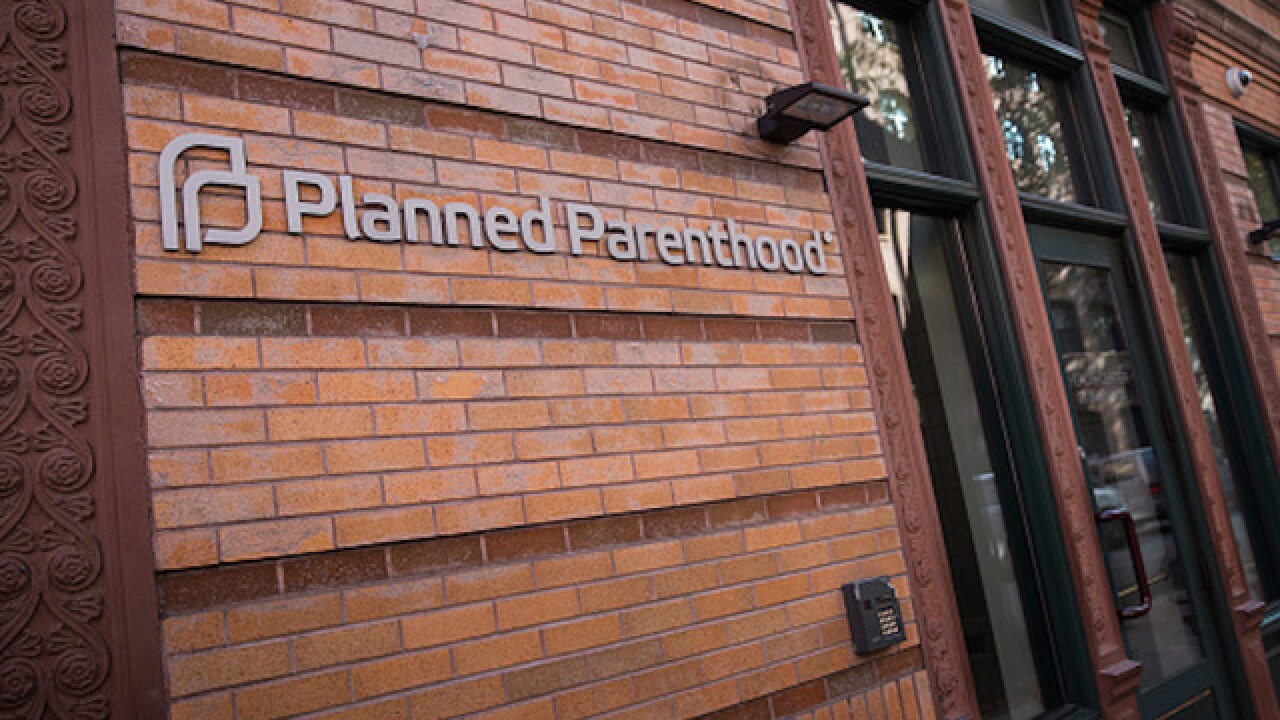 AUSTIN, Texas (AP) — A Houston grand jury investigating undercover footage of Planned Parenthood found no wrongdoing Monday by the abortion provider, and instead indicted anti-abortion activists involved in making the videos that targeted the handling of fetal tissue in clinics and provoked outrage among Republican leaders nationwide.

It's the first time anyone in the group has been charged criminally since the release of the videos, which began surfacing last year and alleged that Planned Parenthood sold fetal tissue to researchers for a profit in violation of federal law. Planned Parenthood officials have denied any wrongdoing and have said the videos were misleadingly edited.

The footage from the clinic in Houston showed people pretending to be from a company called BioMax that procures fetal tissue for research touring the facility. Planned Parenthood has previously said that the fake company sent an agreement offering to pay the "astronomical amount" of $1,600 for organs from a fetus. The clinic said it never entered into the agreement and ceased contact with BioMax because it was "disturbed" by the overtures.

In a statement announcing the indictment, Harris County District Attorney Devon Anderson didn't provide details on the charges, including what record or records were allegedly tampered with and why Daleiden faces a charge related to buying human organs. Her office said it could not disclose more information and a court spokesman said it was unclear whether copies of the indictments, which typically provide more insight, would be made public Monday.

"We were called upon to investigate allegations of criminal conduct by Planned Parenthood Gulf Coast," Anderson, an elected Republican, said in her statement. "As I stated at the outset of this investigation, we must go where the evidence leads us."

Daleiden issued a statement saying that his group "uses the same undercover techniques" as investigative journalists and follows all applicable laws.

"We respect the processes of the Harris County District Attorney, and note that buying fetal tissue requires a seller as well," he said.

Republican Texas Attorney General Ken Paxton, who has his own ongoing investigation into Planned Parenthood, said Monday that the "the videos exposed the horrific nature of abortion and the shameful disregard for human life."

The Texas video was the fifth released by the Center for Medical Progress. The videos provoked an outcry from the anti-abortion movement and prompted numerous investigations of Planned Parenthood by Republican-led committees in Congress and by GOP-led state governments. Congressional Republicans unsuccessfully called for cutting off funding for Planned Parenthood.

The group called Monday's indictments the latest in a string of victories since the videos were released, saying that by its count, 11 state investigations have cleared the nation's largest abortion provider of claims that it profited from fetal tissue donation.

"This is absolutely great news because it is a demonstration of what Planned Parenthood has said from the very beginning: We follow every law and regulation and these anti-abortion activists broke multiple laws to try and spread lies," said spokeswoman Rochelle Tafolla of Planned Parenthood Gulf Coast.

Before the Texas video was released, Melaney Linton, president of the Houston Planned Parenthood clinic, told state lawmakers last summer that it was likely to feature actors — pretending to be from a company called BioMax — asking leading questions about how to select potential donors for a supposed study of sickle cell anemia. Linton said the footage could feature several interactions initiated by BioMax about how and whether a doctor could adjust an abortion if a patient has offered to donate tissue for medical research.

Despite the lofty name of the Center for Medical Progress, public filings suggest only a small number of people are affiliated with the nonprofit, none of whom are scientists or physicians engaged in advancing medical treatments. The people named as its top officers are longtime anti-abortion activists with a history of generating headlines.

After the lawsuit was filed, Daleiden told The Associated Press that he looked forward to confronting Planned Parenthood in court.