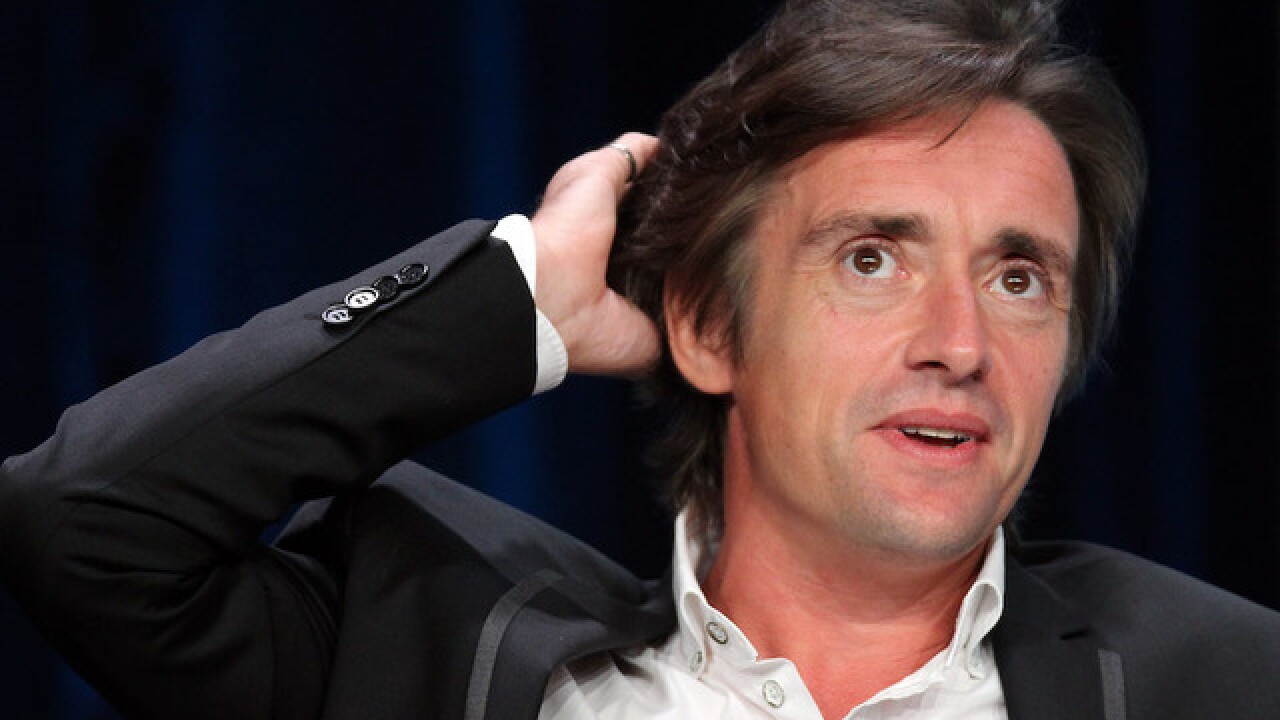 Program-makers said Hammond was airlifted to hospital with a fractured knee. The Rimac Concept One electric supercar was reduced to a twisted, blackened mess after it crashed and caught fire.

The program said in a statement that Hammond crashed after completing a climb of Hemburg Hill in the east of the alpine country.

"Richard was conscious and talking, and climbed out of the car himself before the vehicle burst into flames," it said. "He was flown by air ambulance to hospital in St. Gallen to be checked over, revealing a fracture to his knee."

The show said no one else was involved, and the cause of the crash was under investigation.

Hammond, 47, hosts the adrenaline-fueled automotive show with Jeremy Clarkson and James May. The trio are the former hosts of the BBC program "Top Gear."

Clarkson tweeted that "it was the biggest crash I've ever seen and the most frightening but incredibly, and thankfully, Richard seems to be mostly OK."

Gian Andrea Rezzoli, a spokesman for St. Gallen cantonal (state) police, confirmed that a person had been injured on a cordoned-off racetrack and taken to a hospital. The person was conscious after the crash, he said, but declined to confirm the person's identity.

In 2006, Hammond suffered a brain injury when he crashed in a rocket-powered dragster while filming "Top Gear." He had been attempting to break the British land speed record at an airfield when the vehicle veered of the track, tumbled over and plowed into the grass.

He recovered and returned to the show a few months later.

Hammond and May left "Top Gear" after Clarkson was fired for punching a producer in a dustup during filming. The trio signed with Amazon for "The Grand Tour," which is filming its second season.