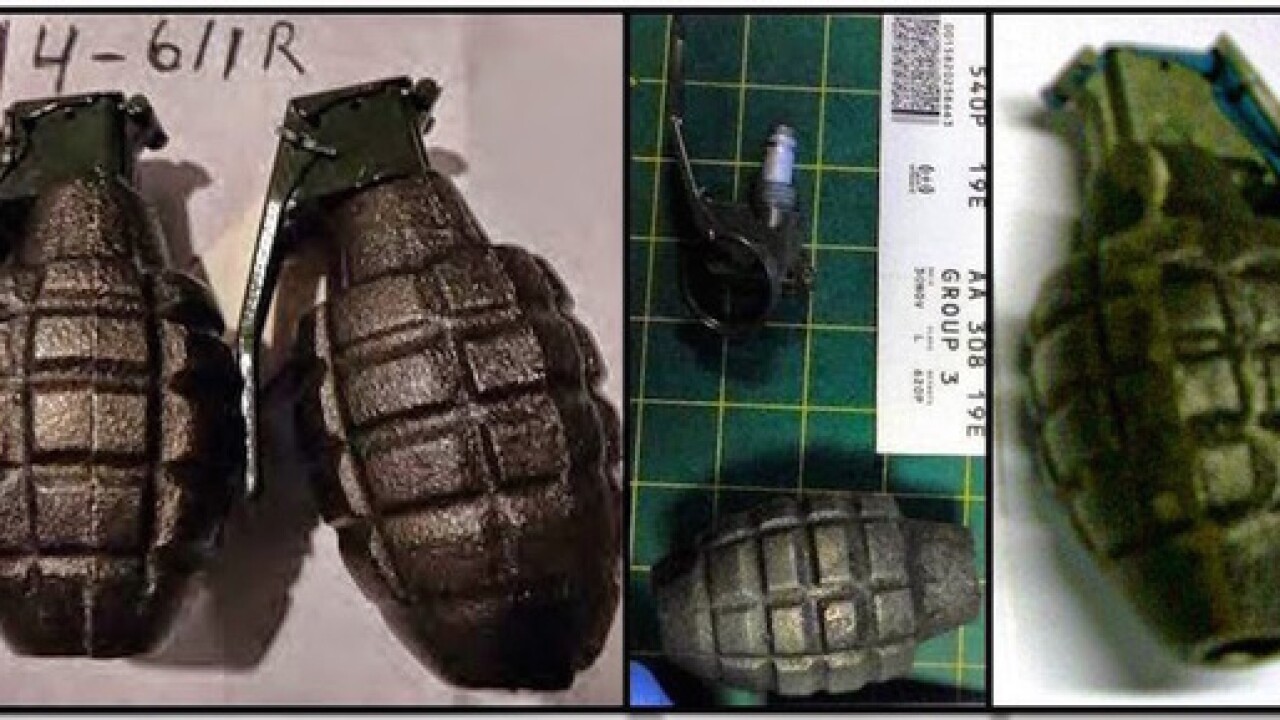 BEAVER, Pa. (AP) — A grenade that led authorities to evacuate a county courthouse was a gag gift intended for the newly elected sheriff, authorities said Thursday.

Beaver County Sheriff Tony Guy ordered the evacuation as a precaution Wednesday after the box addressed to him was X-rayed along with other incoming mail.

The novelty gift included a real — though disarmed — World War II grenade mounted on a plaque with a sign reading, "Complaint department. Take a number." A numbered plastic ticket was attached to the grenade's pin.

The sheriff said he didn't recognize the sender's name.

"When I saw the name on the package, that's the first time I'd seen the name or heard of the person," Guy said.

County detectives quickly tracked down the sender, who explained he was simply a fan of Guy's and wanted to welcome Guy into office with a funny gift.

District Attorney David Lozier said Thursday that the sender won't be charged with a crime because his intentions were innocent. But Lozier issued a warning to others.

"Just because this is legal does not mean it's smart," he said.

The courthouse was evacuated for about 80 minutes Wednesday.