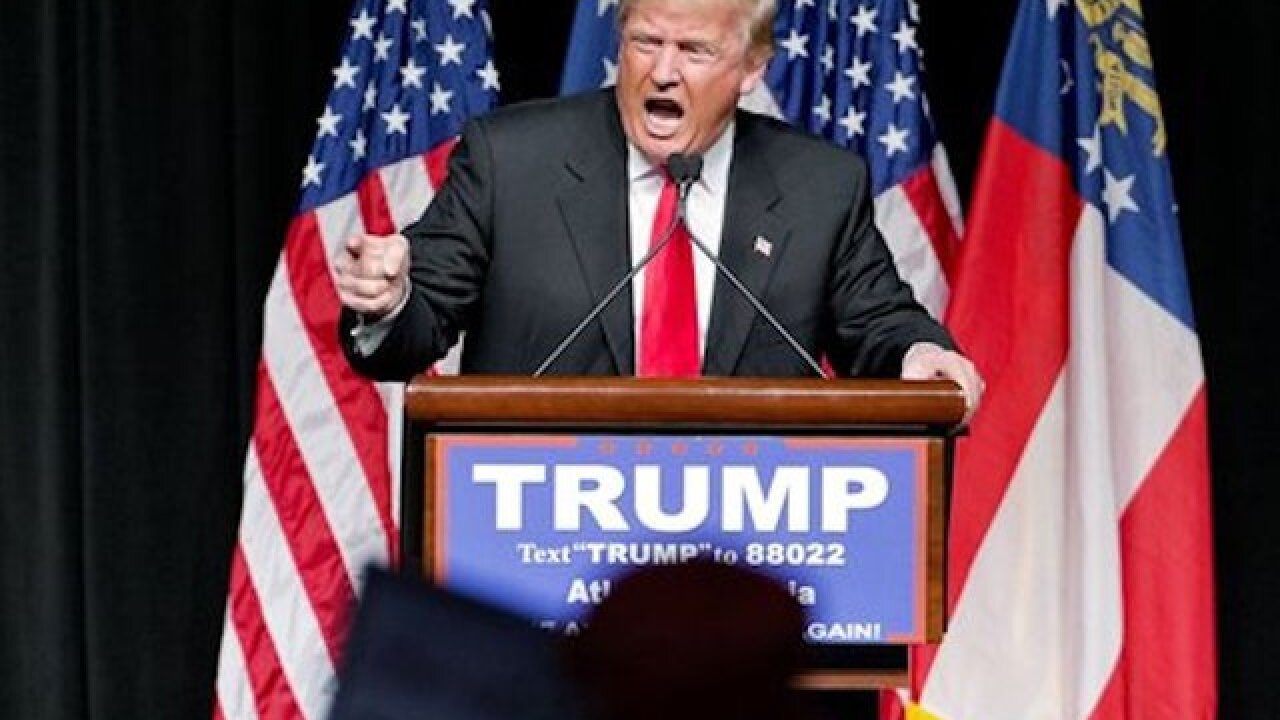 Copyright Associated Press
David Goldman
<p>In this Feb. 21, 2016, photo, Republican presidential candidate Donald Trump speaks at a campaign event in Atlanta. Trump has repeated inaccurate and racially-charged crime statistics, reposted pledges of support from white supremacists and retweeted dubious questions about the citizenship of his presidential rivals to an online following that includes more than six million people on Twitter alone. His response when challenged? To dismiss it all as nothing more than a harmless "retweet." (AP Photo/David Goldman)</p>

FAYETTEVILLE, N.C. (AP) — A leading Muslim civil rights group is calling on GOP presidential front-runner Donald Trump to apologize for his claim that "Islam hates us."

In an interview with CNN's Anderson Cooper that aired Wednesday night, Trump was asked whether he thinks Islam is at war with the West.

"I think Islam hates us," Trump responded. "There's a tremendous hatred. We have to get to the bottom of it. There is an unbelievable hatred of us."

The statement drew swift condemnation from the Council on American-Islamic Relations, which called on Trump to apologize for the comment, as it has in response to other comments Trump has made.

"Donald Trump's anti-Muslim rhetoric does not reflect leadership, but instead reflects a bigoted mindset that only serves to divide our nation and the world," Nihad Awad, the group's national executive director said in a statement. The group suggested Trump could do so at Thursday evening's GOP debate.

Trump's statement also became an issue for Florida's Republican Governor, Rick Scott, who repeatedly sidestepped questions in an interview with MSNBC's "Morning Joe." Scott, who says he will not endorse in the primary but is friends with Trump, was asked whether he thinks "Muslims in the state of Florida hate America."

Scott instead shifted his answer to more general themes, calling Florida "the best melting pot in the world" and saying: "We love everybody coming to our state." The avoidance prompted host Mika Brzezinski to suggest ending the interview early.

The questions come as Trump continues to dominate the Republican presidential contest, locking up delegates, despite a series of controversial statements.

Trump has called for a temporary ban on foreign Muslims entering the U.S. and has advocated "going after" the wives and children of suspected Islamic jihadists in the wake of the Paris and San Bernardino attacks. Critics have argued that Trump's plans would only exacerbate problems by alienating more moderate Muslims.

Trump and other Republicans have criticized President Obama and the Democratic candidates for failing to use the term "radical Islamic" when referring to Muslim jihadists or attacks by them.

Democratic front-runner Hillary Clinton once explained she avoids the term because it "sounds like we are declaring war against a religion."

Trump was also pressed on his vow to work to "broaden" laws restricting waterboarding and other enhanced interrogation techniques if he's elected president in order to level the playing field between militants and the U.S.

Trump ruled out the U.S. beheading Islamic State militants, but again did not provide additional specifics when pressed on what he's envisioning when he says, "we have to play with a tougher set of rules."

CAIR claims that the rhetoric of Trump and other Republican officials is at least partially to blame for a spike in anti-Muslim incidents across this country in recent months.