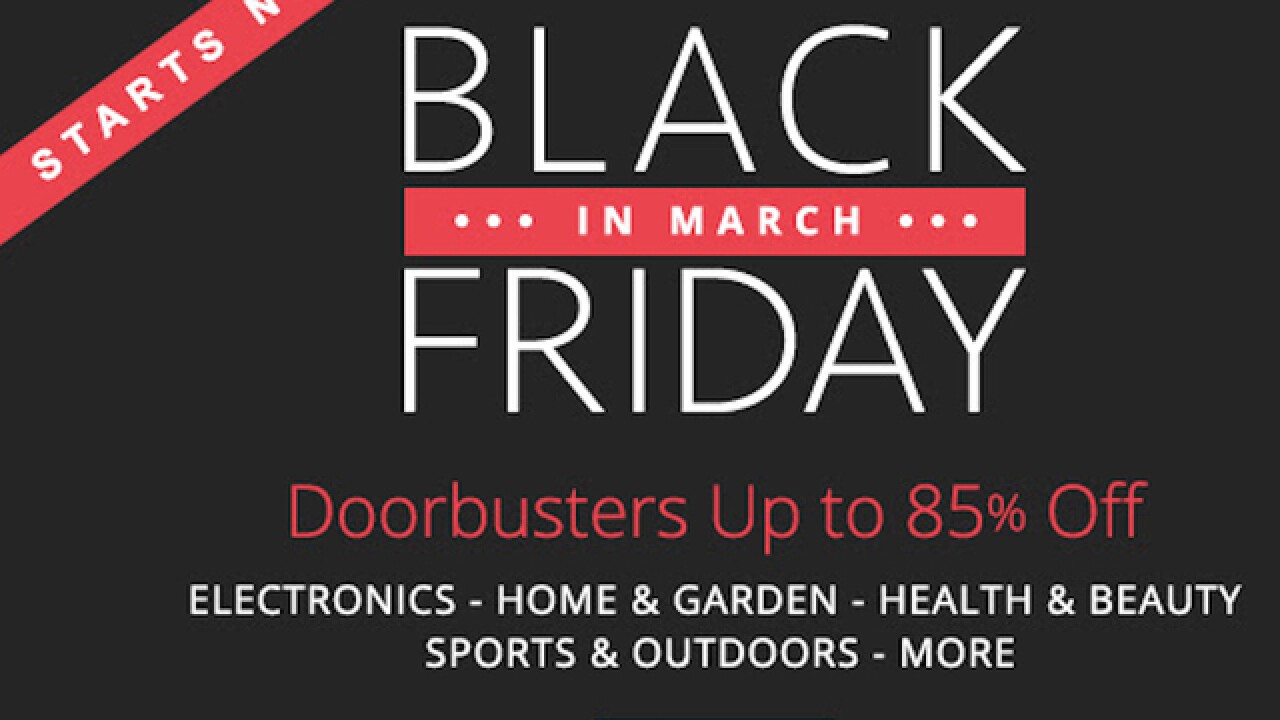 The marketing service Groupon is conducting a " Black Friday in March ," according to emails sent to customers today, March 4.

One of the deals offered is an LED hairbrush  with prices starting at $19.99 — originally priced at nearly $200. According to the description, the brush provides heat that allows for hair detangling.

The Black Friday in March deals center on electronics, home and garden, health and beauty, sports and outdoors and more, with 85 percent off doorbusters, according to Groupon. Most sales end March 7.