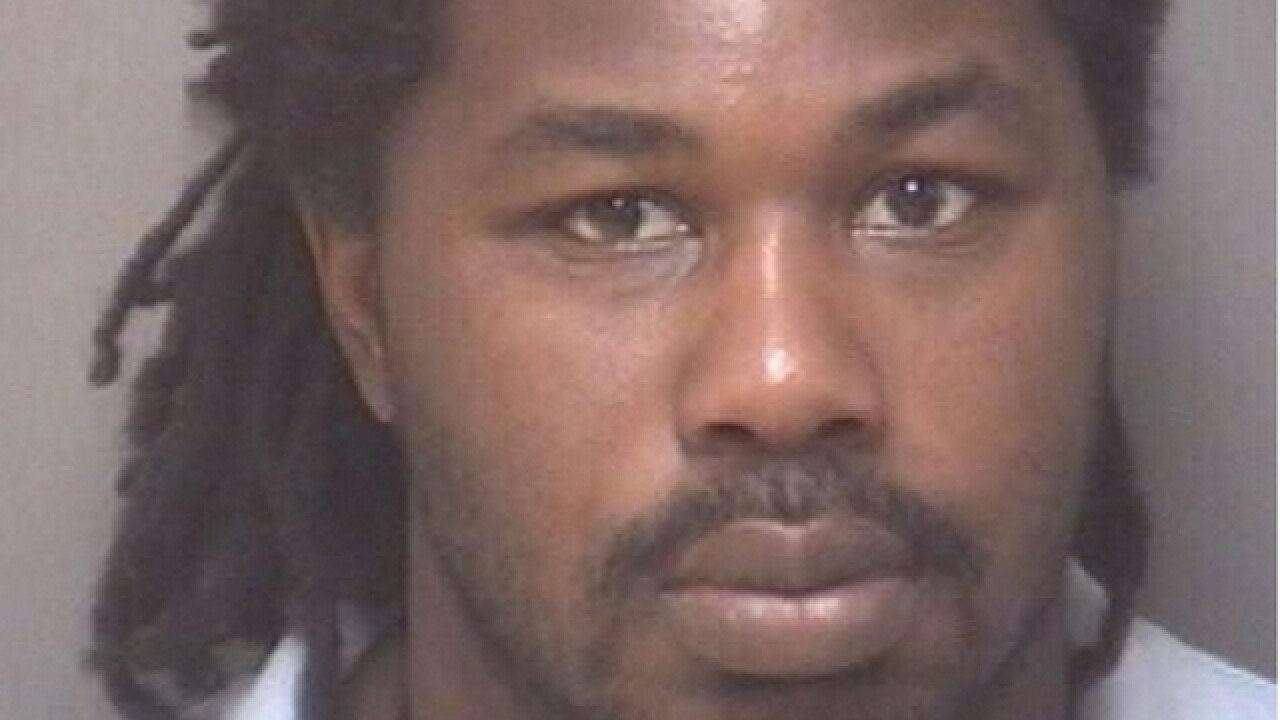 By: Associated Press
Posted at 12:41 AM, Mar 03, 2016
CHARLOTTESVILLE, Va. (AP) — A hospital orderly pleaded guilty Wednesday to abducting and killing two Virginia college students, wrapping up a mystery that began in 2009 when one of the women disappeared from a Metallica concert. The other young woman, 18-year-old Hannah Graham, vanished five years later under similar circumstances, after a night of partying with friends.
Along the way, investigators solved a 2005 rape case and used DNA evidence to tie all three cases to Jesse LeRoy Matthew Jr.
In a plea deal, prosecutors dropped a capital murder charge that could have resulted in the death penalty and Matthew agreed to a sentence of four consecutive life terms. Those are in addition to the three life terms he was already serving for the rape.
A statements of facts filed with Matthew's plea agreement said autopsies determined that Graham had a broken nose and likely died of suffocation or strangulation, while 20-year-old Virginia Tech student Morgan Harrington suffered a broken arm, broken ribs and a skull fracture.
"We cannot comprehend the selfish and inhumane action that took place that evening and we anguish over the suffering Morgan experienced that night," Morgan's father, Daniel Harrington, said in court.
Matthew, 34, looked directly at family members during the hearing but showed no emotion — casting his eyes downward whenever the victims' families referenced the brutality.
Graham's mother, Susan Graham, described her daughter as "the most optimistic person we know" and said she misses her daughter's smile, her quick wit and snuggling up with her on the couch with a cup of tea and a favorite DVD.
She was a straight-A student bound to accomplish great things. And she did — just not in the way people expected. Hannah enabled police to capture a predator who had been "hiding in plain sight in Charlottesville for years," her mother said.
"She is a heroine," Susan Graham said.
Matthew, given a chance to speak in court, asked his attorney to speak for him. Douglas Ramseur said his client wanted to convey that "he is very sorry for what happened and he loves his family very much."
After the hearing, the Matthew family broke its year-and-a-half of silence, sending Matthew's uncle, the Rev. Louie Carr, to the microphone at a press conference. Carr expressed the family's sorrow for the victims' families and said "it's hard to understand how a gentle soul" could commit such crimes.
Graham and Morgan were young women in vulnerable straits when they vanished in Charlottesville five years apart, and their disappearances stoked fears about sexual assaults and campus safety at a time of rising national scrutiny.
Harrington had been drinking alcohol from a flask when she stepped out of the Metallica concert and could not get back in. According to the statement of facts, witnesses would have testified at trial that they saw Harrington thumbing for a ride near where a cab driver matching Matthew's description was working that night. Matthew worked as a cab driver before becoming an orderly at the University of Virginia hospital.
Harrington's black T-shirt, with the name of the rock band Pantera on it, was discovered, and DNA from it would prove crucial to connecting the cases.
In September 2014, Graham had dinner with friends and attended parties off campus before deciding to walk home alone. She was captured on surveillance video walking unsteadily. She texted a friend that she was lost.
Additional video showed Graham crossing Charlottesville's downtown pedestrian mall, then leaving a restaurant with Matthew, his arm wrapped around her. According to the statement of facts, witnesses would have testified that Matthew repeatedly made unwanted advances toward women while bar-hopping the night of Graham's disappearance.
Matthew grabbed one woman's bare foot over her objections after she took off her boots because her feet were hurting, the statement says, adding that she would have testified that Matthew told her: "A woman who takes care of her feet takes care of everything else."
Graham's disappearance prompted a massive search and gripped the Charlottesville campus in fear, prompting female students to walk with friends or a group at night.
Graham's body was found five weeks later on abandoned property in Albemarle County, about 12 miles from the Charlottesville campus and 6 miles from where Harrington's remains had been found years earlier.
After police named Matthew a person of interest, he fled to a beach in Texas. Police found a map indicating he was headed for Mexico.
Matthew was charged in Graham's disappearance and his cheek was swabbed for a DNA sample. That sample connected Matthew to the 2005 rape, which in turn linked him to Harrington through the DNA found on her black T-shirt, authorities have said.
Matthew was also accused of raping students in 2002 and 2003 at Liberty University and Christopher Newport University, where he had played football. But those cases were dropped when the women declined to press charges.
Associated Press 2016