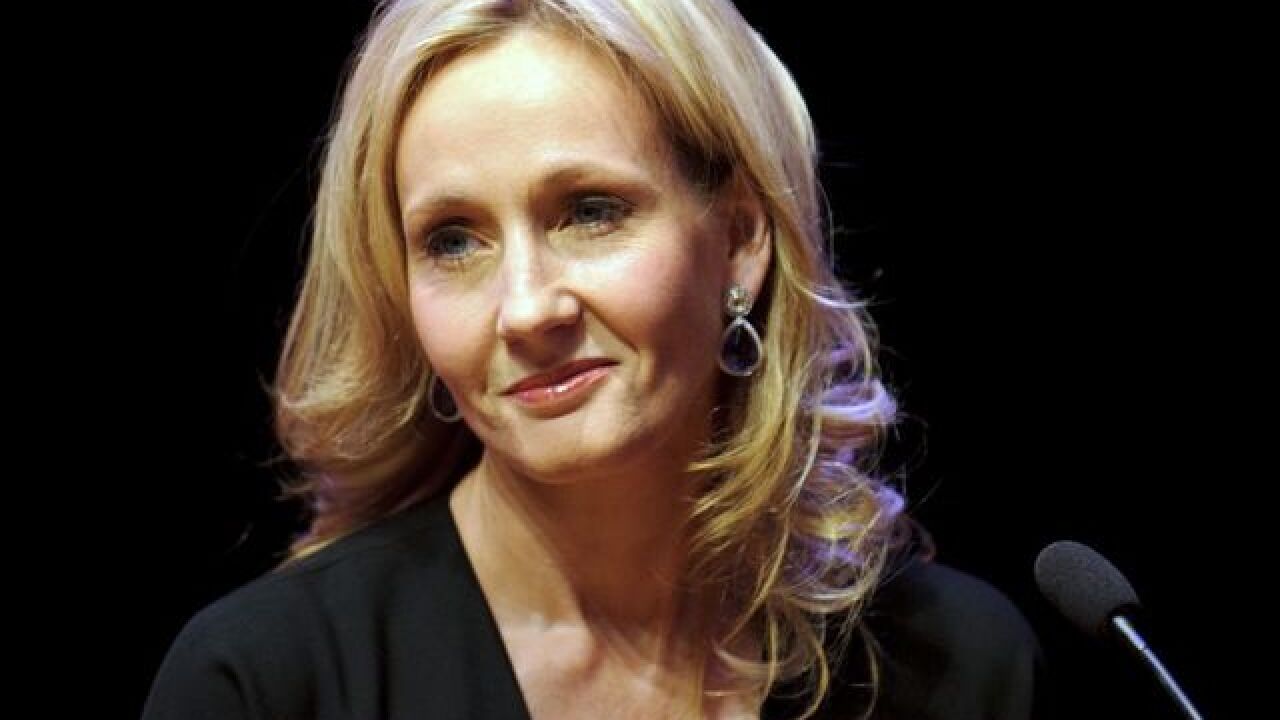 LONDON (AP) — The curtain has risen on Harry Potter's latest adventure — and J.K. Rowling is urging fans not to ruin the magic by letting its secrets out.

"Harry Potter and the Cursed Child" has had its first preview at London's Palace Theatre, with audience members given buttons urging them to #keepthesecret.

In a recorded message, Rowling encouraged theatergoers to "let audiences enjoy 'Cursed Child' with all the surprises that we've built into the story."

The drama — staged as two plays — picks up the story 19 years after the climax of Rowling's last Potter novel. Its characters include the adult Harry and his younger son, Albus Severus Potter, a student at Hogwarts school.

A synopsis says Harry is now an overworked civil servant in the Ministry of Magic, while his son is struggling "with the weight of a family legacy he never wanted."

The Daily Telegraph said Wednesday that audience members were "in raptures" after Tuesday's performance, the first night of almost eight weeks of previews.

Rowling has long insisted there will be no new Harry Potter novels, so excitement about the new stage story is stratospherically high.

Rowling worked on the story for the drama, which has a script by Jack Thorne, a stage and screen writer whose work includes vampire story "Let the Right One In." It's directed by John Tiffany, who helmed the Tony Award-winning musical "Once."

Rowling has said she is disappointed by those who have criticized the casting of a black actress. She said Hermione's race was never specified in the books, and told the Observer newspaper that "Hermione can be a black woman with my absolute blessing and enthusiasm."

The plays officially open on July 30, and the script will be published the next day.