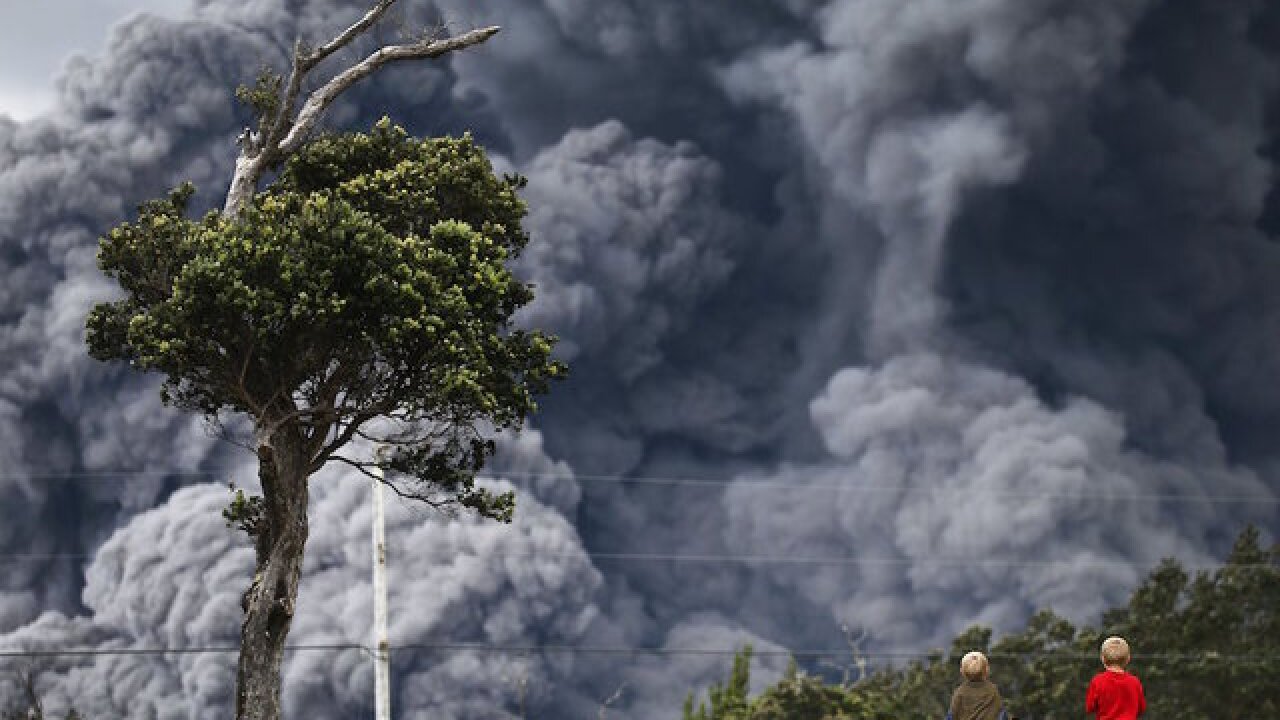 First it was  catastrophic lava . Then it was  sulfur dioxide . Now Big Island residents have yet another danger to worry about.

Laze -- a mashup of "lava" and "haze" -- is a nasty product formed when hot lava hits the ocean, sending hydrochloric acid and volcanic glass particles into the air.

Laze can cause lung, eye and skin irritation. And it's proven deadly in the past.

Officials are warning people to stay away from areas where lava meets the ocean. But further inland, residents have other problems.

The Kilauea volcano erupted at least twice this weekend -- at one point launching a cloud of ash  up to 10,000 feet high .

"These eruptions caused a 5.0 magnitude and a 4.9 magnitude tremor at the summit," CNN meteorologist Haley Brink said.

"Additional explosive events that could produce minor amounts of ashfall downwind are possible at any time."

Since Kilauea's massive eruption May 3, Brink said, about 2,250 earthquakes have struck on or around Hawaii's Big Island.

"The consistency of lava is now changing," CNN meteorologist Allison Chinchar said. "Now it is runnier, but that is allowing it to move faster."

The volcano has led to almost two dozen fissures that have cracked open the earth's surface -- purging fountains of lava and dangerous sulfur dioxide.

And some fissures refuse to die.

"A handful of old fissures have reactivated and joined together over the past few days," CNN's Scott McLean reported from Pahoa. "Lava is pouring out like a fountain ... feeding a fast-moving lava stream that's now reached the ocean."

"It sounds like 10 or 20 jets taking off from your backyard at the same time," Marzo told CNN affiliate  Hawaii News Now .

"It's been like hell," he said. "It's like huge grenades going off. It shakes the whole community."