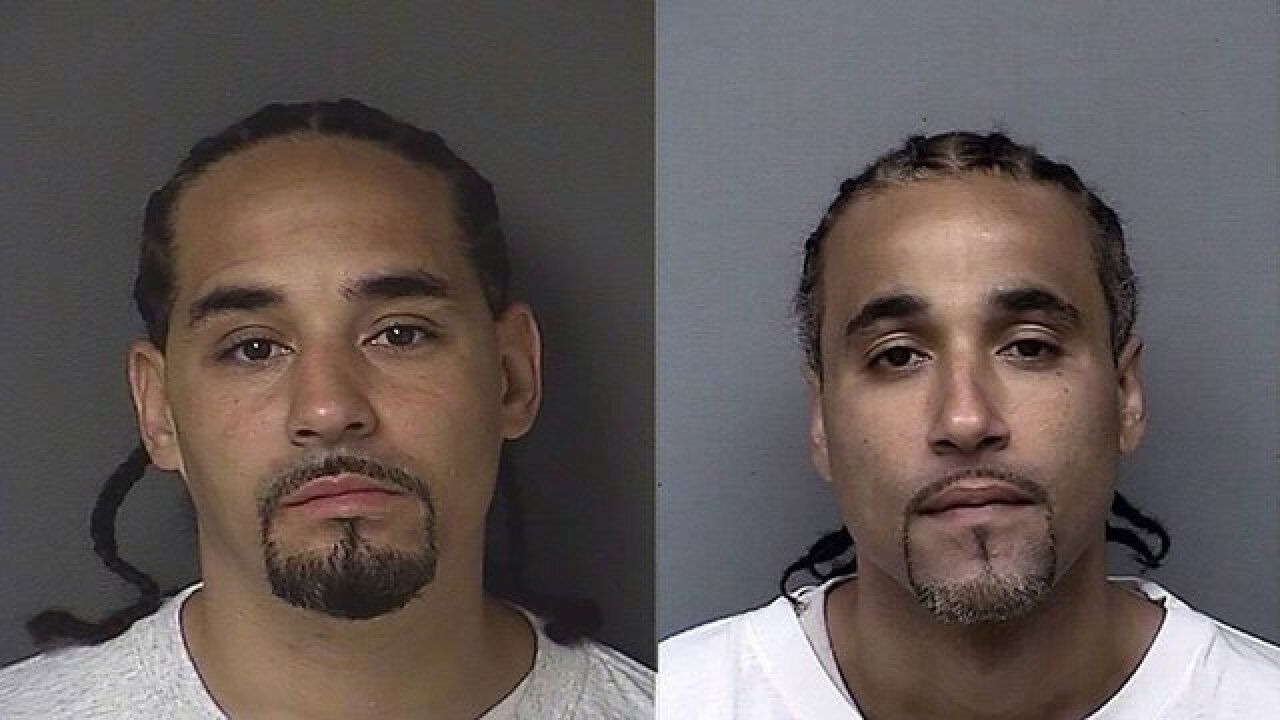 He paid the price for 17 years for a crime he didn't commit. Now Richard Anthony Jones wants Kansas to pay up.

Jones, who was released from prison last year, filed a petition asking the state to pay him $1.1 million and to officially proclaim his innocence.

"After enduring 17 years of wrongful incarceration for a crime he did not commit, Mr. Jones brings this petition seeking a judicial pronouncement of his innocence and some measure of financial assistance as he seeks to rebuild his life," reads the petition filed in the Tenth Judicial District Court of Kansas.

Jones was convicted in the 1999 aggravated robbery of a woman in a Walmart parking lot. Jones had a solid alibi: He was at a birthday party where he was seen by several people. But he ended up being blamed for the crime anyway because he looked almost exactly like the man who eventually became the suspect.

In 1999 a man tried to steal a woman's purse outside a Walmart in Roeland Park, Kansas. The woman fought back and held onto the purse, but the man made off with her cellphone. Because the woman fell and scraped her knees, the phone theft was classified as an aggravated robbery.

Eyewitnesses identified the criminal as a "light-skinned Hispanic or African-American man" named Rick who had "long hair pulled back."

A witness wrote down the license plate number of the car involved in the robbery. Investigators tracked down the driver of the car, who led them to the house where Rick lived.

Then the driver went to the precinct, where he looked through booking photos of people with the name Richard and Rick that matched the description the victim and a security guard had given.

The driver ID'd Jones as Rick. So did the victim, during a preliminary hearing and later at trial. But at the time of the robbery, Jones was at his girlfriend's birthday party, where several guests testified they saw him, and he had spent the next day watching movies with the girlfriend and cleaning up after the party.

His alibi didn't sway the jury, and Jones, who had a prior criminal record, was convicted on the aggravated robbery charge and sentenced to 19 years in prison.

Jones appealed and lost. Then he learned about the Midwest Innocence Project, which partners with the University of Kansas' Project for Innocence.

The team from the Innocence Project eventually tracked down who they believe is the real "Ricky:" He is Ricky Lee Amos, who looks strikingly similar to Jones and who had lived at the address linked to the crime.

This information was presented to the eyewitnesses, who -- when shown the mugshots of the two men -- could no longer definitely say that Jones was the robber. After that a judge tossed out Jones' conviction and freed him from prison on June 8, 2017.

The statute of limitations on the crime has passed, so if there was a case against Amos, he cannot be prosecuted.

In addition to a declaration of innocence and $1.1 million ($65,000 for each year of his imprisonment), Jones seeks an order of expungement of the arrests and convictions related to his case, a waiver of tuition and fees for a college education, education assistance for his two daughters, health care benefits, counseling, the destruction of any biological samples associated with his case and compensation for attorney's fees.

"It is hard to imagine how Mr. Jones can truly get a fresh start without the assistance sought, having lost so many years behind bars when he could have been getting an education, developing his skills, and pursuing and rising within his chosen profession," the petition says.

Alice Craig, the lead attorney with the Innocence Project who worked to free Jones, said at the time of his release that Jones had no ill will towards Amos.

"I don't think so, because it's not Ricky's fault that this happened, but ultimately he was the one we believe who was responsible for the crime," Craig said. "Ricky has never admitted to the crime and I think (Jones) ... was somewhat disappointed that he didn't admit to (it)."