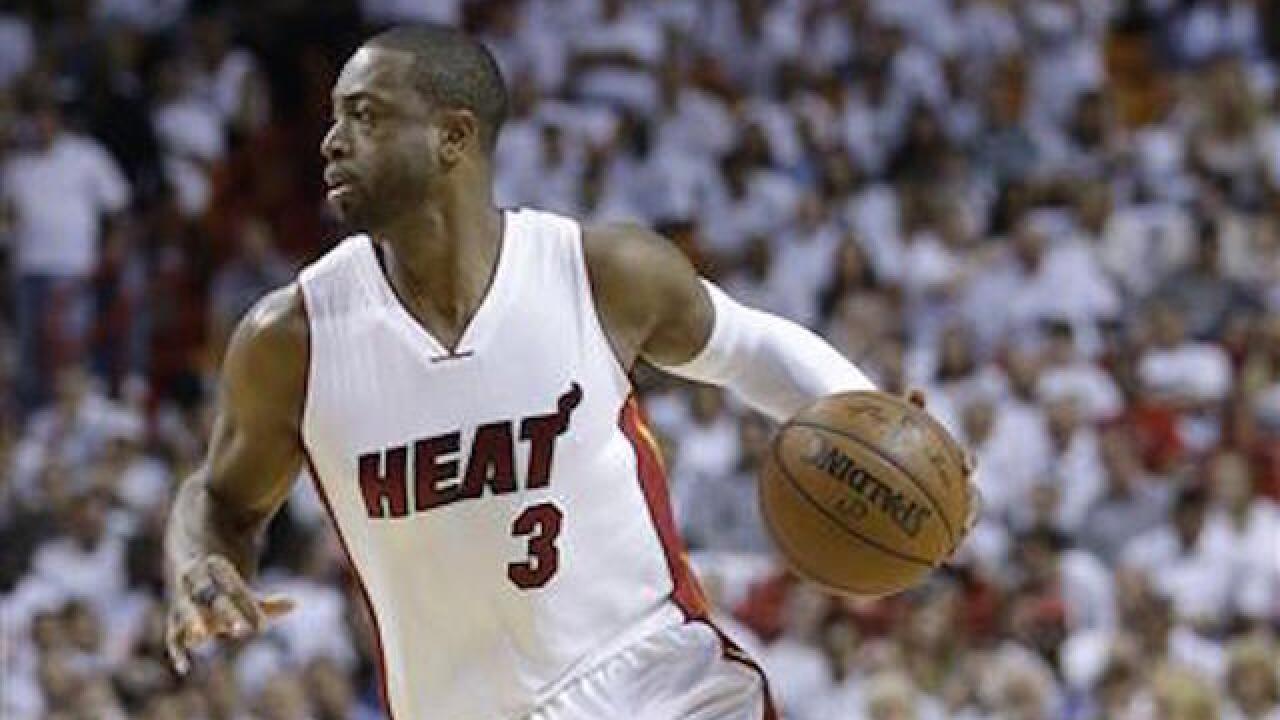 MIAMI (AP) — Dwyane Wade has been in the public eye for most of his life.

Wade was announced Tuesday as one of the cover models for this year's ESPN The Magazine's "Body Issue," which will be released online on July 6 and hit newsstands on July 8. The Miami Heat star spent several hours at a shoot for the magazine last month, posing without clothes after turning down invitations to be part of the issue multiple times in recent years.

In past years, Wade declined the magazine's request without hesitation.

But now, the 12-time All-Star and three-time NBA champion says he's evolving and feels more freedom than ever before. He's also touting his underwear line, Naked — and figured that alone helped make the timing right to take the plunge and pose.

"I'm at the point in my life where I'm 34 years old and understand where I am in life," Wade said. "I know how I'm going. I'm at this point where I'm doing things I never thought I would, trying things that I never thought I would, that I always said no to. I'm trying not to be that guy. I'm trying to be more open to living life and enjoying it and everything that comes with it. So they caught me at the right moment."

So Wade and his team of advisers started looking into the process, then found what worked for them from a comfort standpoint.

"I wanted a male photographer, the room to be empty, a lot of things like that," Wade said. "A lot of things had to be in the agreement for me to do it, but it worked out."

Wade also knows he's opening himself up to some teasing from his friends — as he's faced at times in the past, like when he was featured in People Magazine's 50 Most Beautiful issue in 2005. (His wife, Gabrielle Union, has also been among People's most beautiful in recent years.)