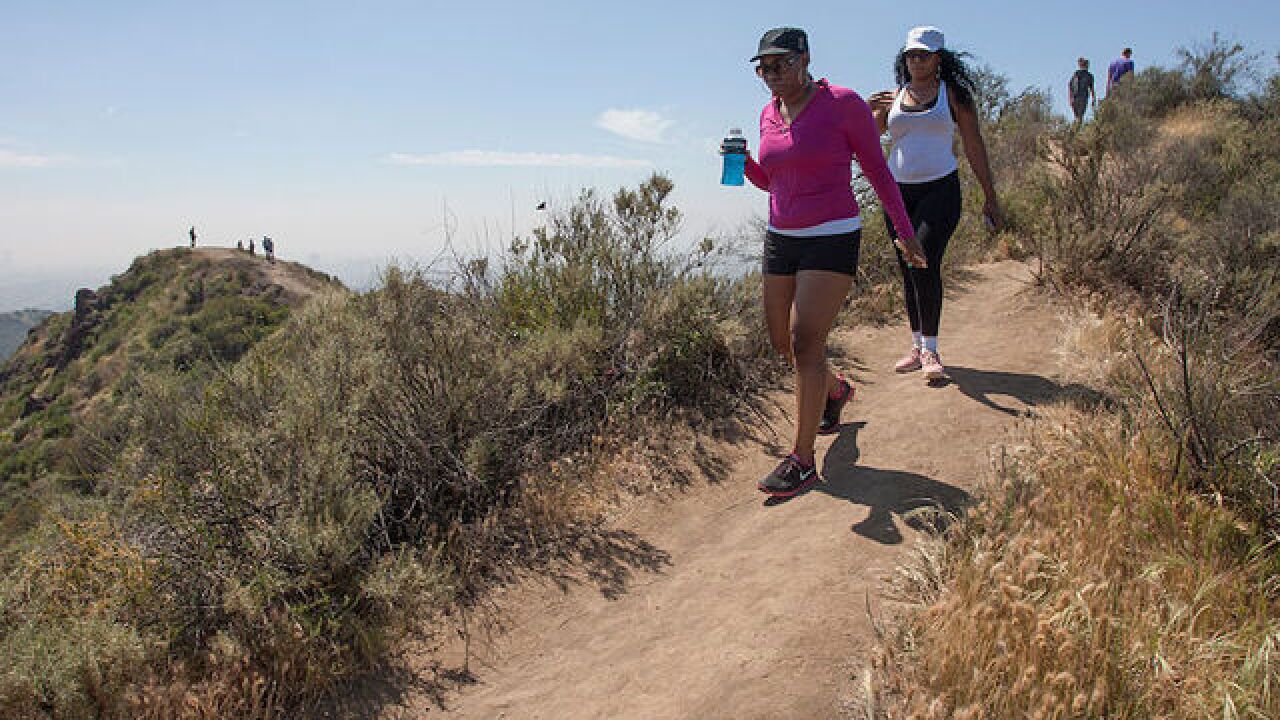 As the heat wave that has left at least three dozen people dead in Canada, the northeast US and Kansas recedes, heat is building in the western US and is likely to add to wildfire concerns.

More than 90 million people are under some sort of heat watch, warning or advisory, including in the Northeast, the Mississippi and Ohio Valleys and the Southwest. There have been 33 heat-related deaths in Quebec in the past several days, according to Marie-Claude Lacasse with the Ministry of Health, Quebec. Eighteen of those deaths were in Montreal, authorities said Thursday.

For the eastern US, the heat will begin to fade on Friday, but the temperature will rise in the West into the weekend.

And that heat may exacerbate already blazing wildfires. For example, the "County Fire" in California, which has charred 86,000 acres and is 30% contained, has high potential to grow as the weather gets hotter and drier into the weekend, CAL FIRE said.

Dr. David Kaiser of Montreal's Regional Public Health Department told CNN Wednesday that the victims in Montreal were mostly over the age of 50, male and living alone. None had air conditioning, he said. Twelve deaths were reported in Montreal and five were reported in Eastern Townships. It was not immediately clear where the 18th death occurred.

CNN Meteorologist Taylor Ward said the region had seen record high temperatures and high humidity since Sunday. Temperatures were in the mid-90s for Montreal Sunday and Monday, about 20 degrees higher than the normal temperatures this time of year.

The heat index -- which is what conditions feel like with the humidity -- was above 100 degrees, Ward said.

Montreal health officials opened 19 cooling stations in public health and social services buildings across the city, and asked people to call public transport services to get a ride to one of the air-conditioned centers.

The US had several heat-related deaths as well over the past few days. A woman died of heat-related causes on Saturday in Pennsylvania while working in her garden, according to the Blair County coroner's office. The woman went into cardiac arrest at her home and died at a hospital.

On Sunday, a 30-year-old man died after he collapsed on a mountain trail while running a race in Wilmington, New York, the Essex County coroner said. At the emergency room the man's internal temperature reached 108 degrees, damaging his brain.

"When your brain becomes overheated like that, it can't function any more," Essex County Coroner Frank Whitelaw said.

In addition, two possible heat-related deaths were being investigated in Kansas City, Missouri. The deaths involve a man in his 80s, who died Monday, and a woman in her 40s, who died last week, according to the Kansas City Health Department.