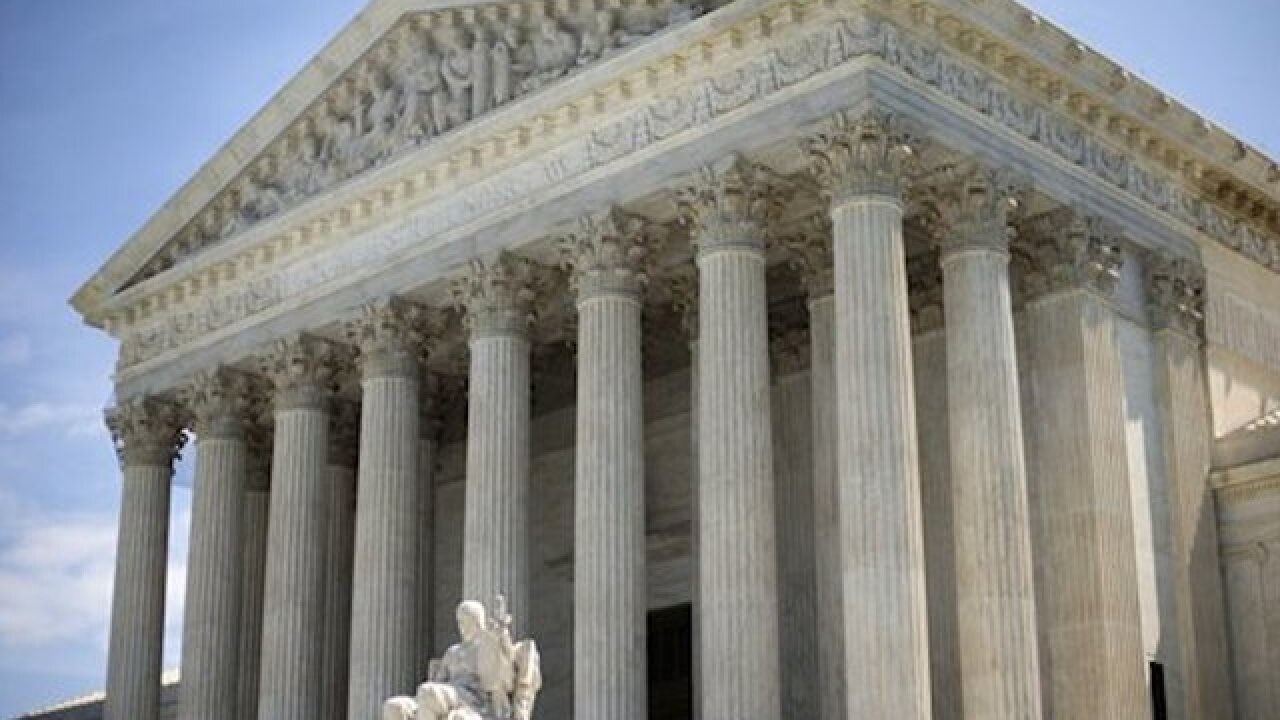 WASHINGTON (AP) — The Supreme Court ruled Tuesday that Florida's unique system for sentencing people to death is unconstitutional because it gives too much power to judges — and not enough to juries — to decide capital sentences.

The 8-1 ruling said that the state's sentencing procedure is flawed because juries play only an advisory role in recommending death while the judge can reach a different decision.
The decision could trigger new sentencing appeals from some of the 390 inmates on the Florida's death row, a number second only to California.
The court sided with Timothy Lee Hurst, who was convicted of the 1998 murder of his manager at a Popeye's restaurant in Pensacola. A jury divided 7-5 in favor of death, but a judge imposed the sentence.
Florida's solicitor general argued that the system was acceptable because a jury first decides if the defendant is eligible for the death penalty.
Writing for the court, Justice Sonia Sotomayor said a jury's "mere recommendation is not enough." She said the court was overruling previous decisions upholding the state's sentencing process.
"The Sixth Amendment requires a jury, not a judge, to find each fact necessary to impose a sentence of death," Sotomayor said.
The justices sent the case back to the Florida Supreme Court to determine whether the error in sentencing Hurst was harmless, or whether he should get a new sentencing hearing.
Justice Samuel Alito dissented, saying that the trial judge in Florida simply performs a reviewing function that duplicates what the jury has done.
Under Florida law, the state requires juries in capital sentencing hearings to weigh factors for and against imposing a death sentence. But the judge is not bound by those findings and can reach a different conclusion. The judge can also weigh other factors independently. So a jury could base its decision on one particular aggravating factor, but a judge could then rely on a different factor the jury never considered.
In Hurst's case, prosecutors asked the jury to consider two aggravating factors: the murder was committed during a robbery and it was "especially heinous, atrocious or cruel." But Florida law did not require the jury to say how it voted on each factor. Hurst's attorney argued that it was possible only four jurors agreed with one, while three agreed with the other.
Sotomayor said Florida's system is flawed because it allows a sentencing judge to find aggravating factors "independent of a jury's fact finding."
The Supreme Court ruled in 2002 that a defendant has the right to have a jury decide whether the circumstances of a crime warrant a sentence of death.
Florida is one of only three states that do not require a unanimous jury verdict when sentencing someone to death. The others are Alabama and Delaware.
News of the high court's decision stunned Florida legislators. Florida House Speaker Steve Crisafulli, who learned of the ruling while he was giving a speech to open the state's annual legislative session, said the Supreme Court had "impeccable timing."
Crisafulli said House legal experts would begin to review the ruling. Rep. Matt Gaetz, an attorney who has dealt with capital punishment during his legislative career, predicted that Florida legislators would act swiftly to get the death penalty "right back on track."
Copyright 2016 The Associated Press. All rights reserved. This material may not be published, broadcast, rewritten or redistributed.
RTV6