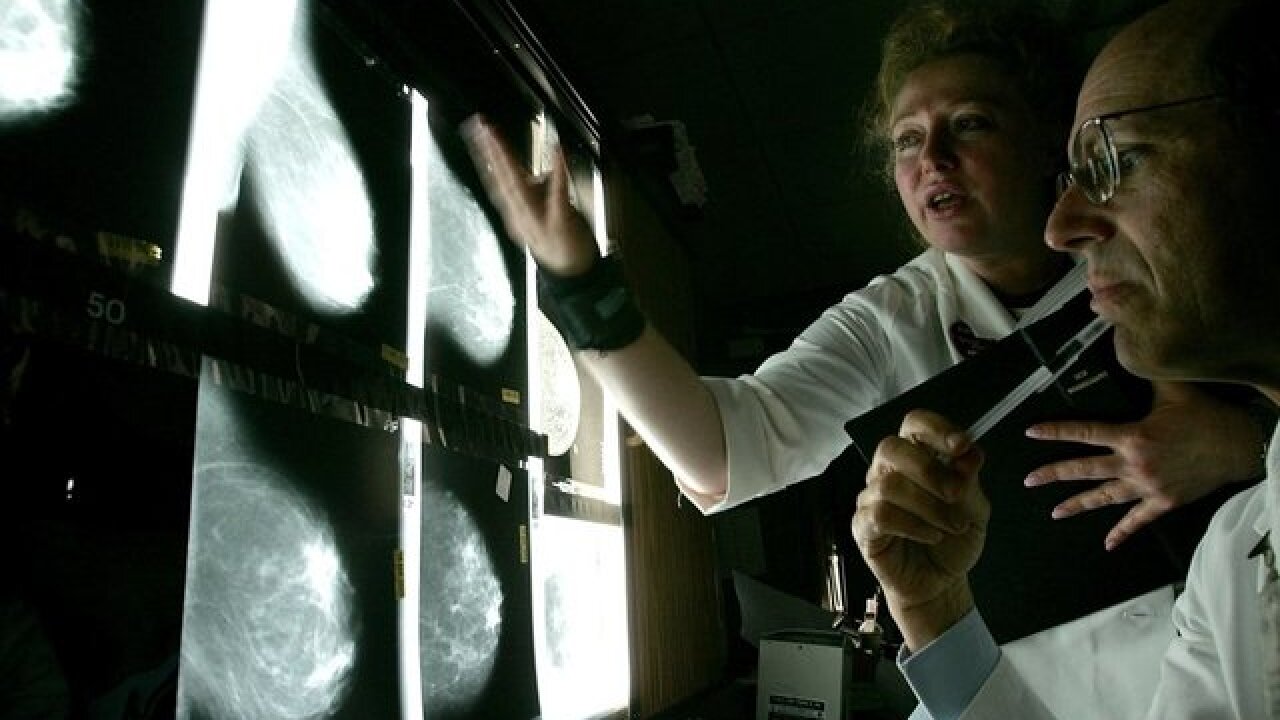 Older women with excess body fat, even if they have what's considered a normal body-mass index, could be at greater risk for breast cancer, according to a study published Thursday in the medical journal JAMA Oncology.

"We do find that excess body fat in those who are post-menopausal with a normal body mass index is associated with about a doubling in the risk of estrogen-dependent breast cancer," said Dr. Andrew Dannenberg , one of the study's authors and director of cancer prevention at the Sandra and Edward Meyer Cancer Center at Weill Cornell Medicine.

The American Cancer Society says estrogen-dependent cancers , called ER-positive breast cancer in the study, occur when the receptor proteins in or on cells attach to the hormone estrogen and rely on it to grow.

The researchers studied 3,460 American women between the ages of 50 and 79 who had gone through menopause. The women were part of the Women's Health Initiative and had their body composition measured at the beginning of that program, Dannenberg said. Of those women, 146 developed ER-positive breast cancer, and the researchers looked for a relationship between excess body fat and the development of this cancer.

Trunk fat is "defined by the fat contained in the torso apart from head and limbs," according to the study.

"The main takeaway is that having excess body fat, even when you have a normal body mass index, is associated with an increased risk for breast cancer," Dannenberg said.

A person's BMI is calculated through a formula involving their height and weight; a "normal" BMI is considered to be between 18.5 and 24.9, according to the study.

The researchers also looked at blood data taken at the start of the Women's Health Initiative for other factors that are known to play a part in the development of breast cancer, such as elevation of insulin molecules.

The results "highlight the importance of research differentiating the contributions of body size, body composition, and metabolic profiles to breast cancer risk," Drs. Isabel Pimentel, Ana Elisa Lohmann and Pamela J. Goodwin wrote in an editorial published alongside the study.

The editorial authors also point out that other researchers have looked into the subject with differing results and note that "these observations suggest that components of metabolic health, rather than the presence of full metabolic syndrome, may contribute to breast cancer risk."

A particular strength of the research for Hoda Anton-Culver , distinguished professor in the Department of Medicine at the University of California, Irvine, was the analysis of the location on the body of the fat levels.

"I think it's a good step forward that takes us from looking at the BMI as an indicator of obesity to really looking at the particular site of the fat concentration in the body," said Anton-Culver, who was not involved in the research.

Scientists have known that there was an association between obesity and cancer, but Anton-Culver says the new study moves the research beyond that general association.

"They say it correctly in the summary, that obesity is associated with breast cancer, but more specifically, obesity around the abdomen is more specific for that association," she said.

Although Anton-Culver thinks the research is strong, she pointed out that it looked only at a specific cancer.

"I don't know if we look at the same issues with other cancers as the outcome, what it's going to be, is it specific to breast cancer?" she said. "We need to ask that question next, because obesity is a risk factor for other cancers."