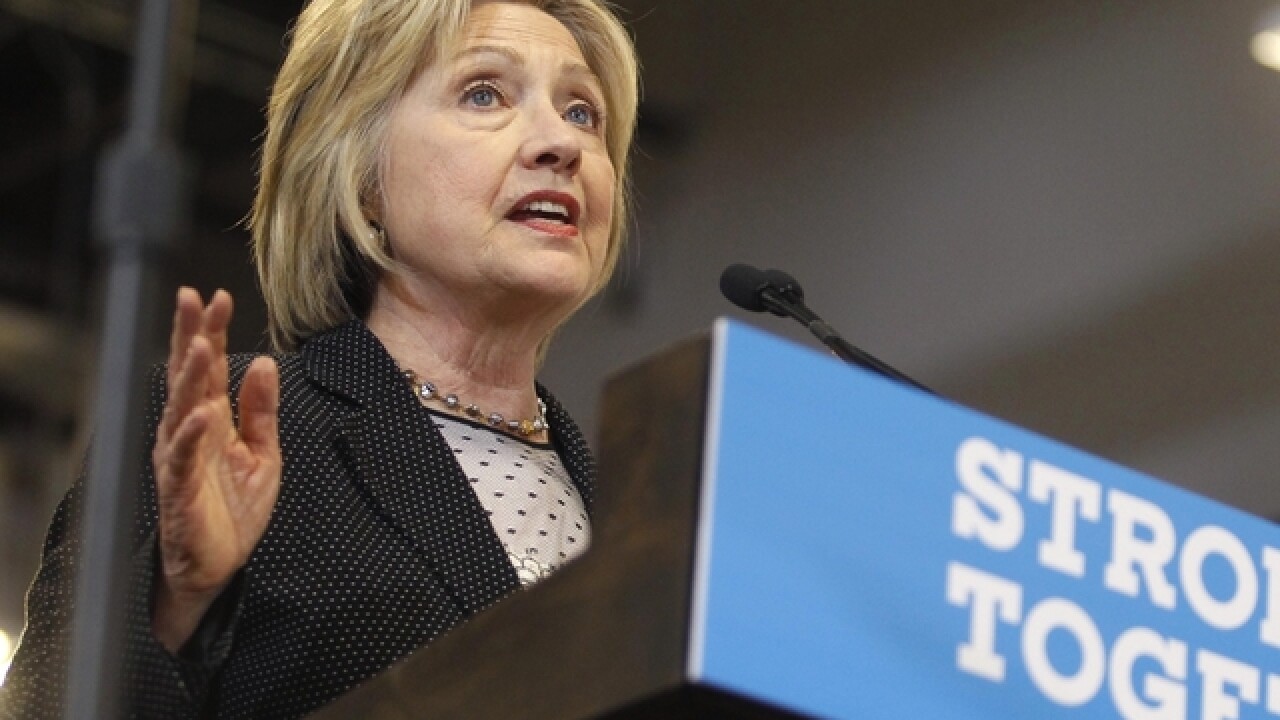 WASHINGTON (AP) — A single elevator could have accommodated the donors who recently gathered with Hillary Clinton at home of the Pritzker family in Chicago's Gold Coast neighborhood. Small in number, the group was big in largesse, contributing at least $1 million to help elect her and other Democrats this fall.
To raise that much money, it would have taken a 37,000-seat stadium of Bernie Sanders fans each chipping in the campaign's self-described average donation of $27.
In her quest for the White House, Clinton is using every fundraising technique at her disposal, including intimate salon-style gatherings with elite donors. Together with small-donor efforts such as email marketing and happy hours for young professionals, these events are helping Clinton collect as much as $1 billion to battle presumptive Republican nominee Donald Trump.
The mini-fundraisers have landed big money: At least $18 million has flowed from 15 of them over the past two months, according to an Associated Press review.
But they also may open her up to criticism. Like her Democratic opponent Sanders, presumptive Republican nominee Donald Trump eagerly depicts Clinton as bought and paid for by her wealthy contributors.
"The people who rigged the system are supporting Hillary Clinton because they know as long as she is in charge nothing's going to change," Trump told employees of an aluminum scrap metal factory in a speech on Tuesday.
And as Clinton works to win over liberals in her party after a divisive primary, the events may undercut her argument that she would be a strong proponent of campaign finance reform. Clinton says Democrats cannot unilaterally disarm in the midst of a tough presidential election, but once in the White House she'd work to reduce big money in politics — a line President Barack Obama also used.
Both Clinton and Trump can solicit checks of $350,000 or more from a single donor thanks in part to a Supreme Court ruling that lifted an overall per-person cap on political contributions. That's roughly triple what the individual donor limit was in 2012.
The resulting money flow could help the presidential candidates build robust on-the-ground voter contact and turnout operations, as well as pay for costly advertising. That's in addition to what's available on the super PAC side: those groups, which cannot directly coordinate their spending with the candidates, face no contributions limits whatsoever.
Clinton has made high-dollar fundraisers a staple of her campaign financing plan, frequently pairing a small pricey event with a far larger one that has a much lower entry fee. It's a version of what Obama did in 2012, when he held small roundtables with big donors, often just a few blocks from the White House at the Jefferson Hotel.
In addition to the 10-person Monday night confab at the home of J.B. and M.K. Pritzker — some of the heirs to the Hyatt hotel fortune — Clinton has held at least eight other events with 15 or fewer donors, according to AP's review.
Other top-tier fundraisers include a 15-person gathering in late May at the sprawling Portola Valley, California, home of former eBay chief executive John Donahoe, and a double-header two weeks earlier in posh New York City residences. On that date, Clinton scooped up at least $1.5 million for Democratic efforts at financier Steven Rattner's home and then headed to longtime friend Lynn Forester de Rothschild's place to double the night's haul.
Donors at those events typically were asked to give at least $100,000 to the Hillary Victory Fund. Clinton also has entertained 50 or fewer donors at six more events where the minimum contribution generally was $33,400.
The campaigns can accept only $2,700 per donor for each election, but a victory fund allows candidates to ask for more and then parcel out the money to the campaign, national political party and dozens of state parties. Both Trump and Clinton have set up these kinds of accounts.
"When a candidate takes that much money, they become dependent on those donors and cannot afford to act against their wishes," said Josh Silver, director of Represent.us, a group working to reduce the influence of money in politics through state-level public financing measures. "This is exactly why Democrats and Republicans are falling short on the public interest demands of their constituents, and it has a lot to do with the remarkable popularity of Bernie Sanders."
Even while it rakes in big cash, the Clinton campaign has emphasized its efforts to appeal to the kinds of small donors that fueled Sanders' insurgent candidacy. Clitnon's campaign also has tried to give some small donors big-donor-level access by holding raffles for private dinners with her.
The AP was able to conduct its review of Clinton's fundraisers because her campaign makes public background information about its finance events. Trump's campaign does not. Trump associates say he has held several small gatherings with bigger donors, including during a May swing through California.
Copyright 2016 The Associated Press. All rights reserved. This material may not be published, broadcast, rewritten or redistributed.