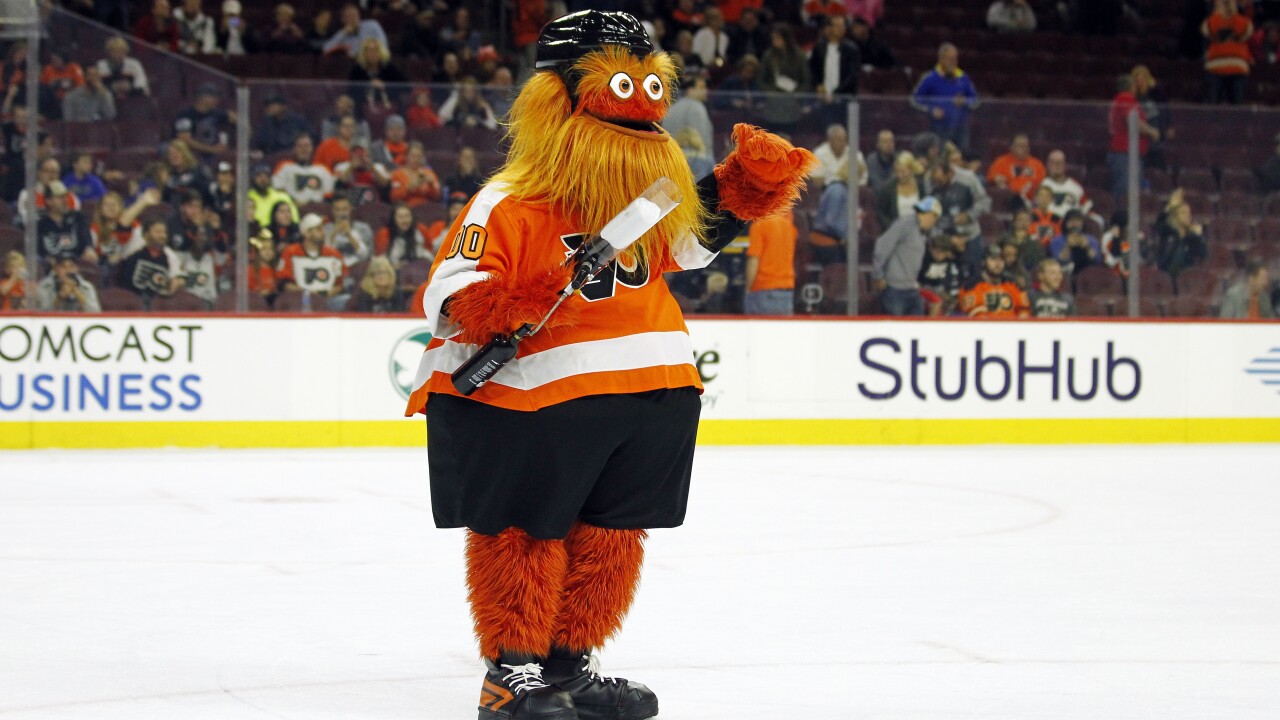 Gritty, the petulant mascot for the Philadelphia Flyers, is being investigated for assaulting a 13-year-old boy back in November, a Philadelphia Police spokesperson told WCAU - TV this week.

The alleged incident took place during a photo shoot at the Wells Fargo Center, home of the Flyers. The boy's father said that he and his son were getting a picture with Gritty during a season ticket event at the time of the incident.

"He taps Gritty three times on the head, a light tap," the boy's father Chris Greenwell told WCAU. "After that, my son walks away. Gritty was about eight feet away from my son, got out of the chair and lunged at him and hit him in the back."

Greenwell said that his son needed medical attention from the incident.

"From the beginning, all I asked for is I wanted my son's medical bills paid. I wanted an apology from the team and for them to do something special for him like a picture with players," Greenwell told WCAU. "I would've been happy with that but they tried to get me to accept complimentary tickets to make this go away."

“We took Mr. Greenwell’s allegations seriously and conducted a thorough investigation that found nothing to support this claim," the Flyers told WCAU.

Greenwell said that he plans to drop his season tickets.