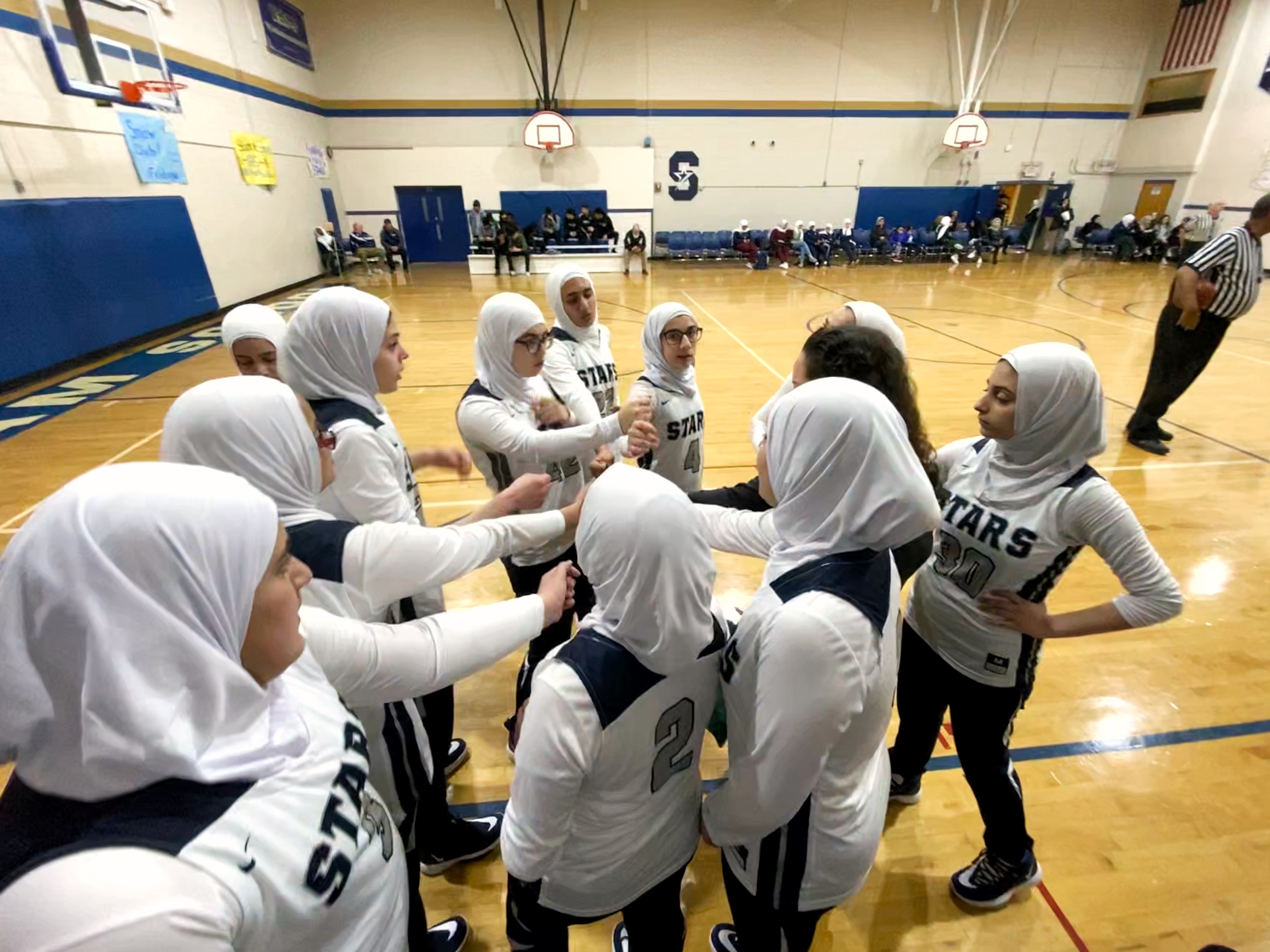 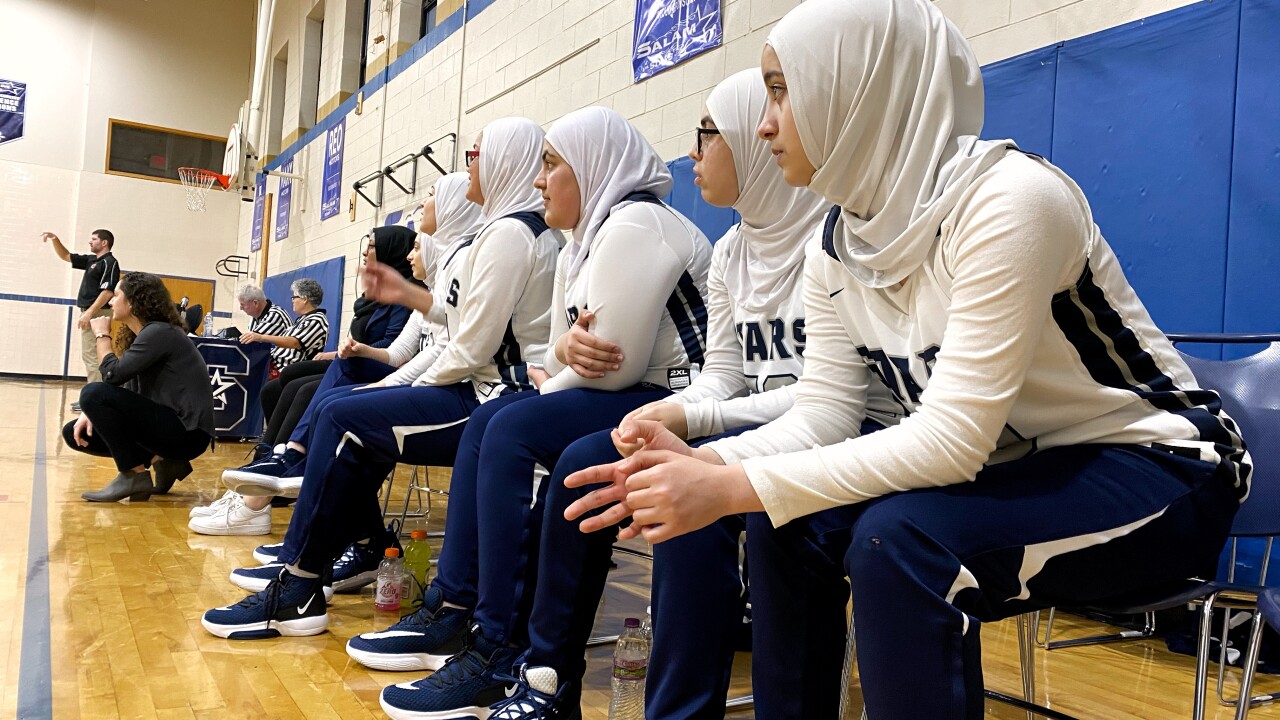 MILWAUKEE, Wis. – A girls high school basketball team is getting international attention not only for their athleticism on the court, but also for blazing a trail for young Muslim women.

High school basketball player Ameera Jaber is nothing if not focused.

“As soon as I step foot on the court. Like nothing else matters. I know I have to play with purpose,” said the Salam Stars forward.

Assistant Athletic Director Kassidi Macak says when the all-Muslim girls team plays against new opponents, it can be a bit disconcerting.

“You get the looks, or the stares and you feel a little bit of the discomfort,” said Macak.

All 11 girls on the team wear the Islamic headscarf. It’s part of the Salam School uniform and a symbol of the girls’ faith.

Forward Kishmala Arshad says the head covering and modest dress may attract unfamiliar reactions, but it doesn’t bother her.

“I see my scarf as a shield, not a downfall,” says Arshad.

“We can play ball just like any other team. We might even be better than other teams, you know?” said Arshad.

“It's about everything. We're Muslim women playing basketball. We're breaking all the stereotypes that people have about us,” she said.

For the lady Salam Stars, taking to the court is as much about winning as it is about changing hearts and minds.

Salim says she’s found inspiration in other elite athletes who are paving the way.

“I think Ibtihaj Muhammad, she was like the first Muslim woman athlete. It was really cool to see her fencing internationally and everything,” said Salim.

The team has found itself in the spotlight, grabbing national headlines and attention.

The girls say they know they represent more than just a team. Their actions on the court could influence how all Muslims are viewed.

“I think it took me a couple of years to really realize like the responsibility that these girls carry every day when they're on the basketball court,” said Macak.

It’s a responsibility they do not take lightly.

“I see it as like you know I'm a Muslim, I'm carrying my religion and I'm proud of it,” said Arshad.

The players have a waiver from the state athletic association to wear the headscarf or hijab, as well as long-sleeved t-shirts and sweatpants.

But appearances aside, Salam Star players like team captain Esraa Salim say they really only want to excel.