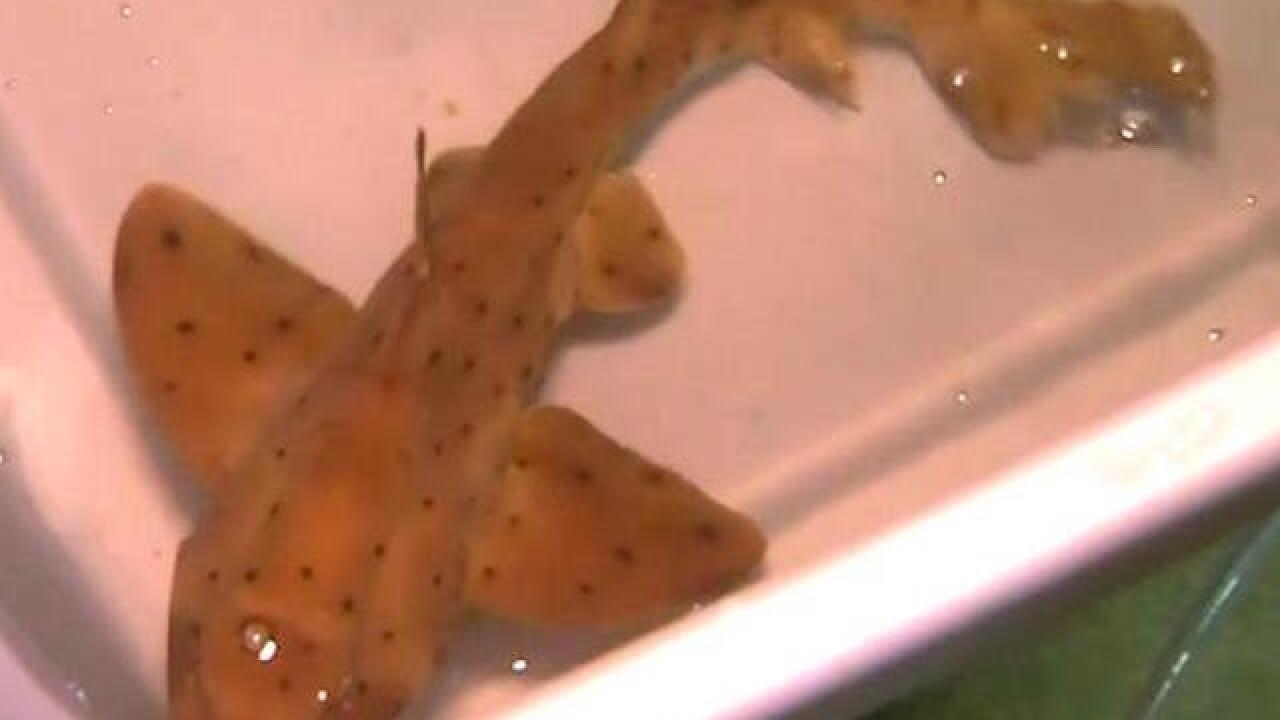 What began with a quick grab-and-go theft Saturday at the San Antonio Aquarium -- the suspect leaving a trail of water drops as he hurried away with his dripping prize of a small but very much alive shark -- ended Monday with the safe return of "Miss Helen" to her tank at the aquarium.

The 16-inch female horn shark was taken during a heist that aquarium officials said was no spur-of-the-moment, let's-steal-a-shark thing.

"The suspects staked out the pool for more than an hour" to wait for the right moment, the aquarium said in a statement.

The search for the young female shark, known to aquarium staff as Miss Helen, led police Monday to the home of a man who maintains an extensive collection of marine life, according to the police chief of the San Antonio suburb where the aquarium is located.

"When we got into the garage and into the house it looked like almost a mock up of (the San Antonio Aquarium)," said Leon Valley Police Chief Joseph Salvaggio. "He knew very much what he was doing and kept that animal alive."

How to defend yourself in a shark attack

Surveillance video, which the aquarium posted on its Facebook page, caught the heist as it happened. Two men and a woman with a infant wandered through the facility with a baby stroller in tow. The trio is seen on the video hanging around the tank where visitors can feed the fish and reach in the water and pet various sea life.

One of the men quickly bends over and pulls something from the tank, using a net that aquarium officials said he'd brought with him. The man then disappears out of camera range with his male companion following him as the woman walks around with the baby.

"After grabbing the shark they entered into one of our filter rooms where they poured (a) bucket of bleach solution that employees used for the disinfection of tools into our cold water exhibit filtration system, causing harm to other wildlife," the aquarium statement said. The men put the shark in the bucket and stashed it on the stroller to make their getaway.

Best things to do in San Antonio

Fast-acting staff, realizing what had happened, were able to prevent the bleach from doing more damage.

And from there, the shark hunt was on.

"When we first got the call, we thought it was kind of a hoax, being that it was Shark Week last week," Police Chief Salvaggio, referring to the Discovery Channel's week of shark-related programming, told CNN affiliate KSAT.

On Monday night, police successfully rescued the shark and returned her to the aquarium. Staff applauded and cheered as Miss Helen made her homecoming.

Police don't believe the shark was taken to sell but to be added to the suspect's collection.

"It was something he wanted, he had one of these in the past," said Salvaggio. "He had one that passed away."

One man has been charged with theft and charges for two other individuals are pending, according to Salvaggio.

Miss Helen is now being held in quarantine as staff tests the water she was held in and acclimates her back into the aquarium environment.

"I'm so so happy that we got her back and she appears very healthy," Jamie Shank with the San Antonio Aquarium told KSAT as the shark arrived. "I can't believe what she's been through, she's a little fighter. She's a survivor."