2 children reunited with mom after RV chase ends in California 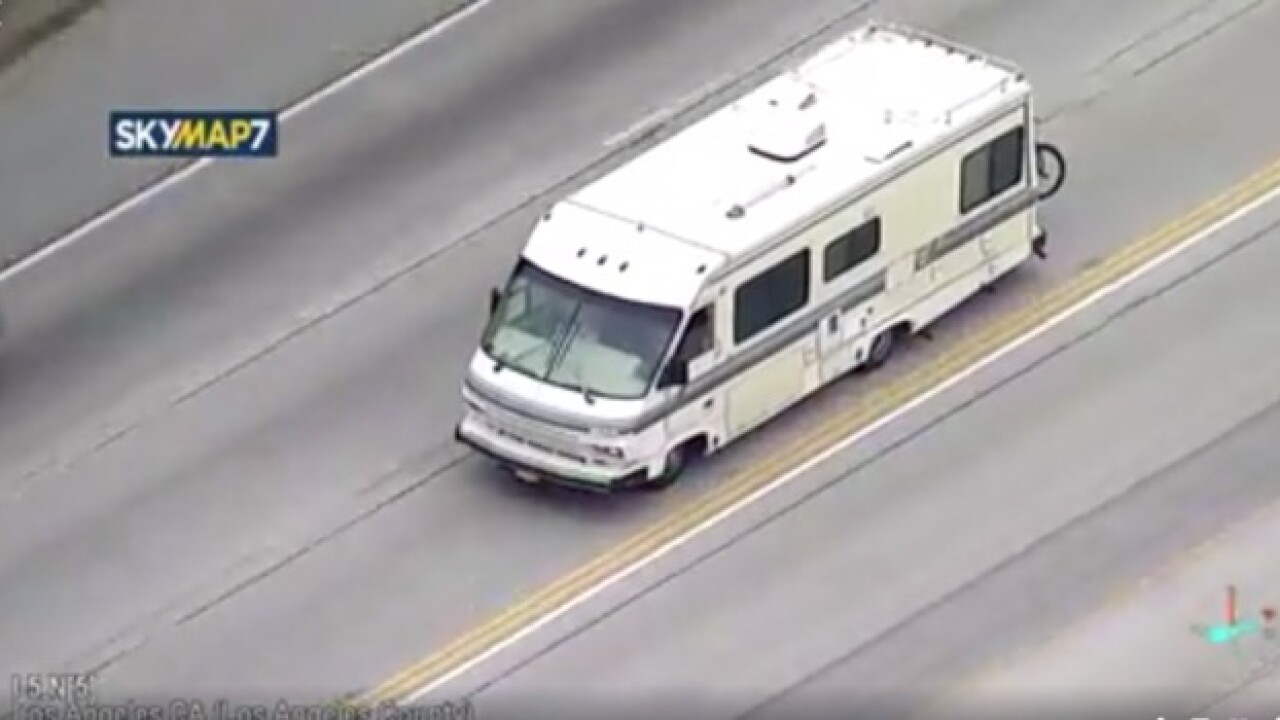 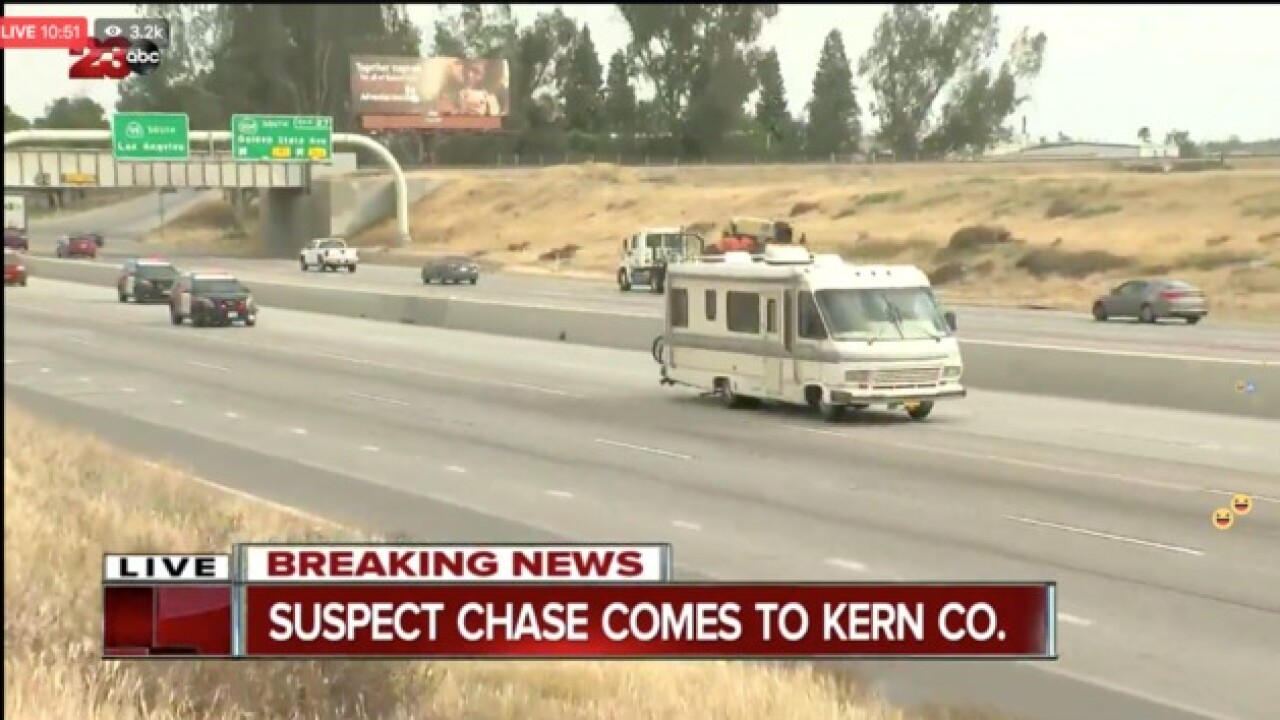 The two children who were rescued from an RV after an hours-long chase ended in Kern County, California have been reunited with their mother.

The Los Angeles County Sheriff's Office posted pictures on Twitter at about 2 a.m. Wednesday, showing the children with their mom at an office. LACSO says both children were unharmed following Tuesday's pursuit.

*Update* Kids are Safe and Reunited with Mom, Pursuit Suspect STEPHEN HOUK Still at Large, Bakersfield. Considered ARMED & DANGEROUS. If you see him or know where he is, call 9-1-1 https://t.co/zrOPDVSTIB pic.twitter.com/2y1HwZdIo0

That chase began in Los Angeles County Tuesday afternoon and made its way into Kern County.

The pursuit reached Kern County around 4 p.m. and traveled all the way up to Merced along NB 99 where Houk then turned around and started heading back Southbound 99.

Houk then made his way along to westbound Truxtun Avenue.

You can watch the beginning of the pursuit here.

Officer Robert Rodriguez with the California State Highway Patrol confirmed with Scripps station KERO in Bakersfield, California that Houk had a 3-year-old inside.

The 3-year-old boy was safely removed from the RV at about 7 p.m., Rodriguez said.

The 11-month-old girl was safely removed from the RV, according to officials.

Houk ended up driving to NB99 and Merced Avenue where he stopped. He said that he wouldn't stop unless he could give the children to their mother, according to ABC7.

Officials said that Houk got out and went into the Flying J, went in the store, and then came back out.

Houk came to a stop on a dirt road at Northbound SR99 and Merced Avenue at about 6 p.m.

Rodriguez said that Houk escaped and officials believe he is somewhere in the orchard.

Houk is considered armed and dangerous.