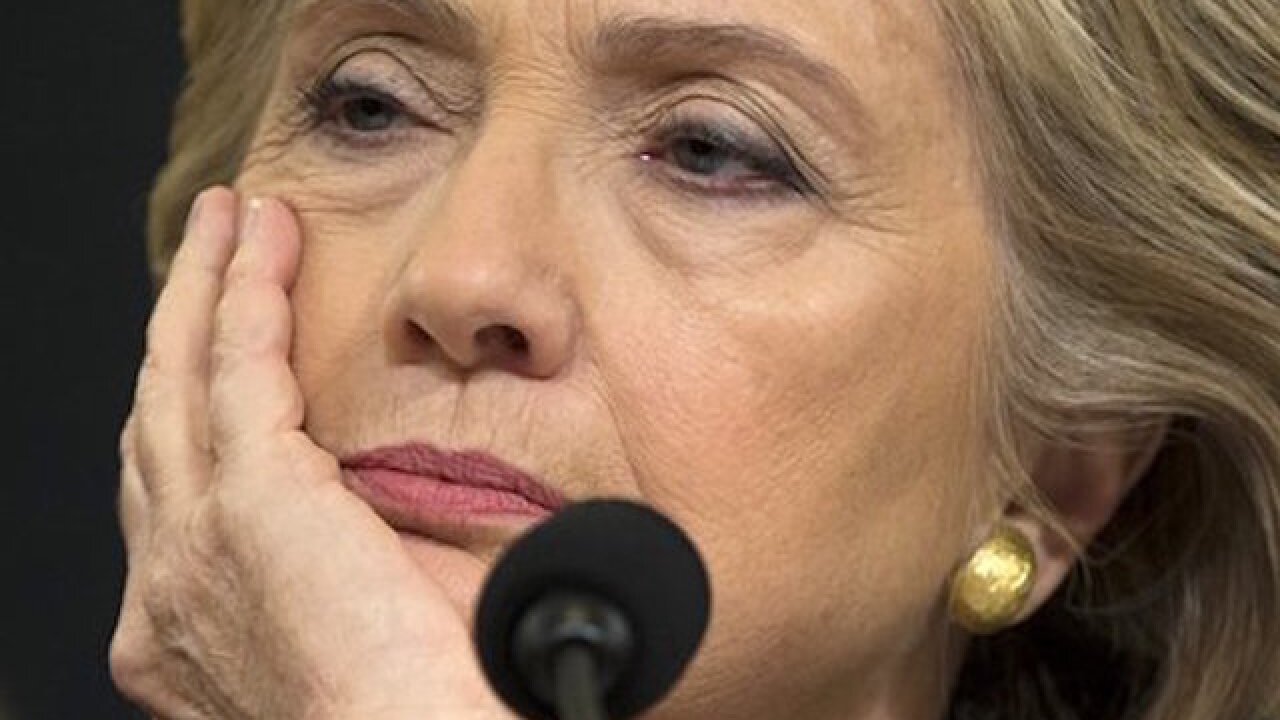 WASHINGTON (AP) — Nearly two years after it was created, the House Benghazi Committee is plowing ahead — interviewing witnesses, reviewing documents and promising a final report "before summer" that is certain to have repercussions for Democrat Hillary Clinton's bid for the presidency.

The panel's Republican chairman, Rep. Trey Gowdy of South Carolina, said in an email to The Associated Press that the committee has made "considerable progress" investigating the deadly 2012 attacks that killed four Americans, including the U.S. ambassador to Libya, Chris Stevens.

Gowdy declined to elaborate specifically on what progress has been made beyond listing new witnesses and documents.

The Benghazi inquiry has gone on longer than the 9/11 Commission took to investigate the terrorist attacks that killed nearly 3,000 people on Sept. 11, 2001, spending more than $6 million in the process, Democrats said. They say the only goal of the investigation is to undermine Clinton's candidacy.

Gowdy declined to be interviewed, but said in a statement that the committee had advanced in its inquiry in recent weeks, after interviewing national security adviser Susan Rice; her deputy, Ben Rhodes, and other witnesses. Former CIA Director David Petraeus and former Defense Secretary Leon Panetta are among those who have testified before the panel in closed-door sessions at the Capitol.

Many of the witnesses, including Rice and Rhodes, had not been interviewed before by a congressional committee, Gowdy said. The panel has interviewed a total of 83 witnesses since its creation in May 2014, including 65 never before questioned by lawmakers, he said in an email to The Associated Press.

The committee also has gained access to documents from the State Department and CIA and to a cache of emails from Clinton and Stevens, who was killed on Sept. 11, 2012 in twin attacks on the diplomatic outpost and CIA annex in Benghazi.

"The American people and the families of the victims deserve the truth, and I'm confident the value and fairness of our investigation will be abundantly clear to everyone when they see the report for themselves," Gowdy said in an email, promising the report "as soon as possible, before summer."

Clinton, who was secretary of state at the time of the attacks, dismissed the panel's work, noting at a recent Democratic debate that she testified before Gowdy and other lawmakers for nearly 11 hours last fall.

"Anybody who watched that and listened to it knows that I answered every question that I was asked, and when it was over the Republicans had to admit they didn't learn anything," Clinton said.

She was referring to Gowdy's comments immediately after the Oct. 22 hearing in which he struggled to explain what the committee — and the American public — learned from the marathon session. "I don't know that she testified that much differently than she has the previous times that she's testified," he said.

Democrats are skeptical about Gowdy and the GOP members finishing their report in a few months, noting that the committee has blown through other self-imposed deadlines.

"The only real deadline is the presidential election" in November, said Rep. Adam Schiff, D-Calif., a member of the Benghazi panel and a longtime Gowdy critic.

"I don't think there are new meaningful facts to uncover at this point," after seven previous congressional investigations and an independent panel led by former U.N. Ambassador Thomas Pickering and retired Adm. Mike Mullen, a former Joint Chiefs of Staff chairman, Schiff said.

Schiff serves on the House intelligence committee, which completed its investigation in 2014.

The Pickering-Mullen report said security at the Benghazi compound was "grossly inadequate" and that requests for security improvements were not acted upon in Washington. Subsequent congressional reports debunked various claims, including a "stand down" order to the military.

Rep. Elijah Cummings of Maryland, the Benghazi committee's senior Democrat, said the 22-month-old panel is "nothing more than a taxpayer-funded effort to bring harm to Hillary Clinton's campaign."

Republicans say the committee has been hindered by stonewalling by the State Department and other executive branch agencies. And they say Schiff and other Democrats have done more carping about the committee than constructive work on its behalf.

Rep. Susan Brooks, R-Ind., a member of the Benghazi committee, said Clinton's testimony was the most visible, but not necessarily the most important, aspect of the panel's work.

"We want to know what went wrong between the secretary of state, Defense Department, White House and CIA," Brooks said at a Rotary Club meeting last week in Anderson, Ind. The Herald Bulletin of Anderson reported on the event.

"We want to prevent this from happening again, which is what the families of the victims want," Brooks said, according to the newspaper.

Meanwhile the chairmen of two Senate committees are threatening to compel testimony from a retired State Department computer specialist who has declined to be interviewed by GOP staff on the Senate Judiciary and Homeland Security committees.

John Bentel, a former information technology manager, testified to the Benghazi panel last year and has said through his lawyer that he sees "little point" in speaking to Senate investigators.

Sens. Chuck Grassley of Iowa and Ron Johnson of Wisconsin said their questions would "certainly be different" from those asked by the Benghazi panel and noted that Bentel "may have specific knowledge" about Clinton's use of a private email server while she was secretary of state.

If Bentel refuses to be interviewed, "we will consider other options" to force his testimony, the senators said. Grassley chairs the Senate Judiciary Committee, while Johnson heads the homeland security panel.