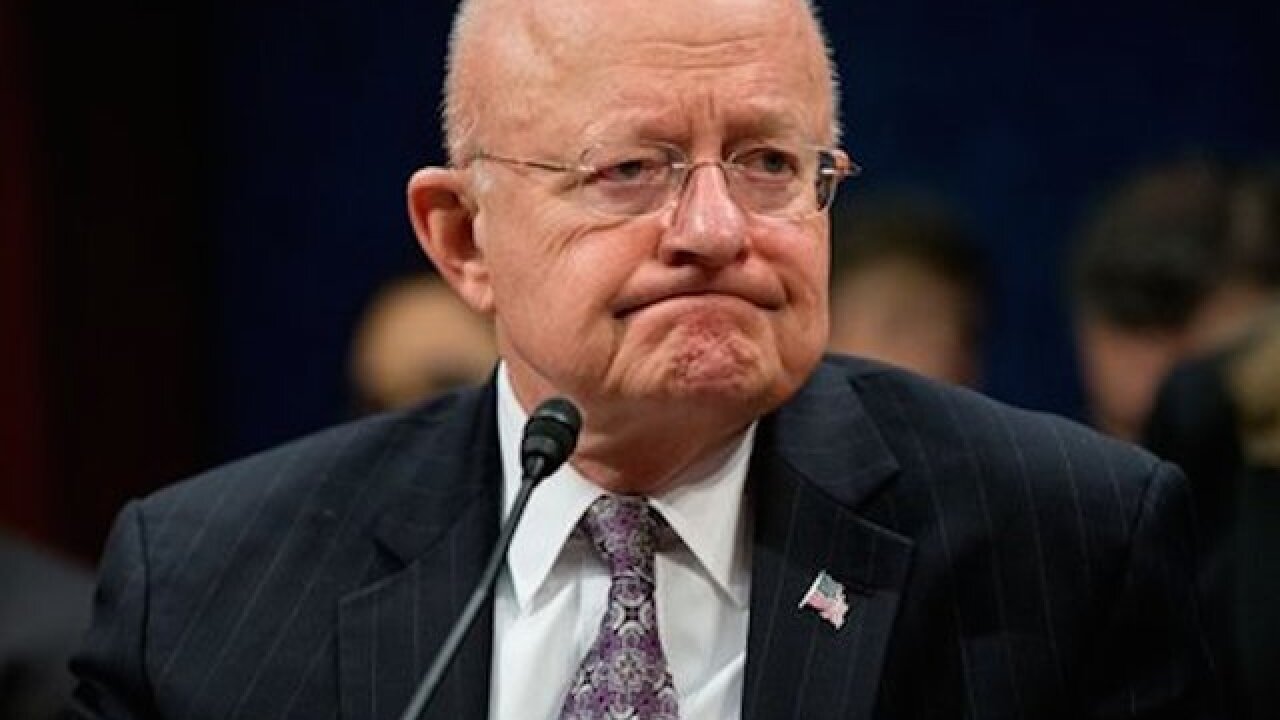 Copyright Associated Press
Andrew Harnik
<p>Director of National Intelligence James Clapper listens to a question from a member of congress as he appears at a House Intelligence Committee hearing on world wide threats on Capitol Hill in Washington, Thursday, Feb. 25, 2016. (AP Photo/Andrew Harnik)</p>

WASHINGTON (AP) — The chairman of the House Intelligence Committee said Thursday that personnel at U.S. Central Command have deleted files and emails amid allegations that intelligence assessments were altered to exaggerate progress against Islamic State militants.

"We have been made aware that both files and emails have been deleted by personnel at CENTCOM and we expect that the Department of Defense will provide these and all other relevant documents to the committee," Rep. Devin Nunes said at a hearing on worldwide threats facing the United States. Central Command oversees U.S. military activities in the Middle East.

Nunes, R-Calif., also said the Office of the Director of National Intelligence briefed the committee on a survey indicating that more than 40 percent of Central Command analysts believe there are problems with the integrity of the intelligence analyses and process.

With turmoil across the Mideast, Nunes wondered aloud if it was appropriate to wait months for the Defense Department's inspector general to complete an investigation into the allegations before efforts are made to rectify the alleged problems.

"To me, it seems like 40 percent of analysts who are concerned at CENTCOM — that's just something that can't be ignored," Nunes said.

Lt. Gen. Vincent Stewart, director of the Defense Intelligence Agency, said that while it would be favorable for all to "get closure on exactly the extent of this allegation," he cannot control the pace of the watchdog's investigation. He said that while the investigation proceeds, intelligence officials continue to look into ways to improve the process of producing the assessments.

Asked if he considered 40 percent an unusually high number, Stewart replied that he would.

The New York Times, which first disclosed the investigation, reported that it began after at least one civilian DIA analyst told authorities he had evidence that Central Command officials were improperly reworking conclusions of assessments prepared for President Barack Obama and other top policymakers.