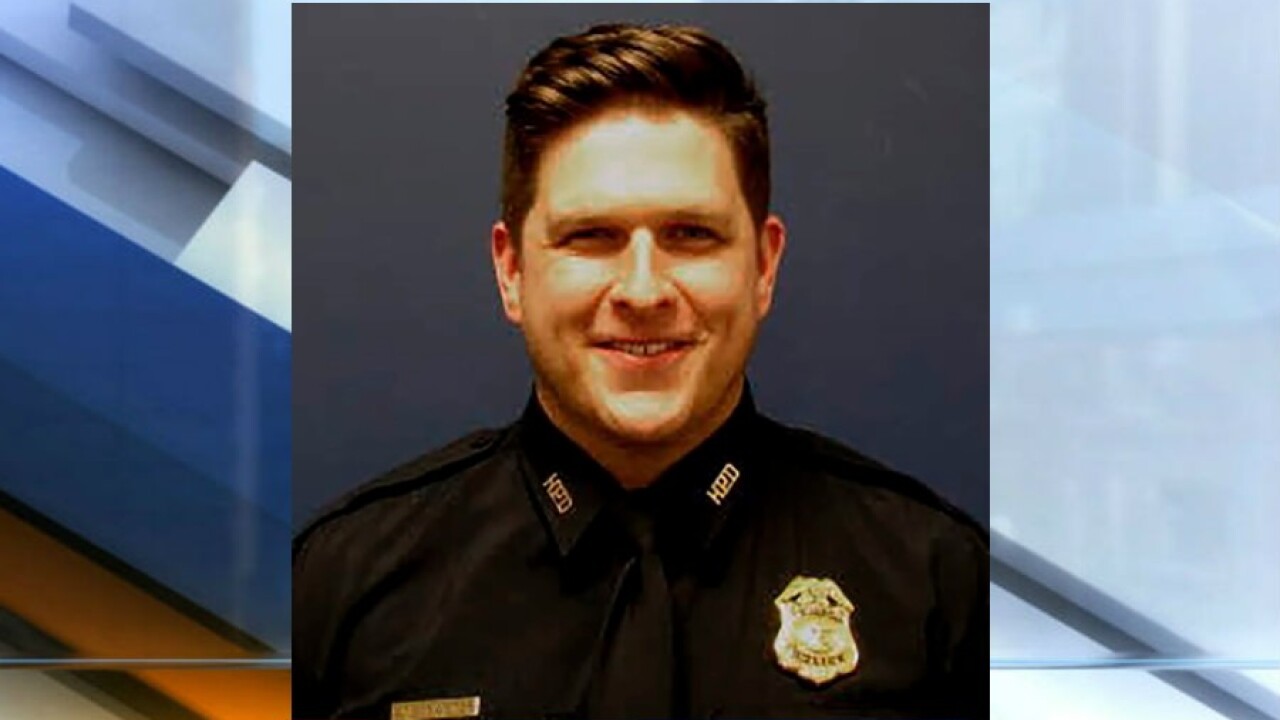 Sgt. Christopher Brewster, who was shot and killed Saturday evening, Dec. 7, 2019, by a man who had been reported for assault, authorities said. Police officials said in a tweet that the 32-year-old officer was shot just before 6 p.m. <i>Houston Police Department/Photo Provided</i>

HOUSTON (AP) — A Houston police officer was shot and killed Saturday evening by a man who had been reported for assault, authorities said.

At the briefing, Houston Police Chief Art Acevedo said police received a call from a female victim who reported that her boyfriend was assaulting her and armed with two firearms. Police responding to the address didn't find the pair, but Brewster spotted them three streets away on Houston's east side.

He was shot at and struck multiple times immediately after exiting his patrol vehicle, Acevedo said. The police chief said the sergeant managed to relay a description of the shooter.

Brewster died about a half-hour after the shooting, which Acevedo said was captured on body cameras. Acevedo initially said Brewster wasn't wearing his vest, but later confirmed that the officer was.

“What people will see is a coward who took the life of a hero,” Acevedo said.

A 25-year-old male suspect fled on foot, and responding officers saw him jumping fences, the police chief said. He was armed with a semi-automatic pistol when he was captured at a school, according to Acevedo, who later tweeted that police recovered both firearms and other evidence discarded by the suspect.

Charges had not been announced as of late Saturday.

The woman who called police is uninjured and cooperating with the investigation, Acevedo said.

Houston's mayor said Gov. Greg Abbott had called and expressed condolences for Brewster's family. The governor also tweeted about the shooting, saying “Tonight & Every Night we Back The Blue in Houston & across Texas.”

The police chief said Brewster graduated the police academy in 2010 and was promoted to sergeant in February. He's survived by his wife, parents and sisters.

“We're the Houston Police Department,” Acevedo said before invoking the loss of Sgt. Steve Perez, who drowned in the floodwaters of Hurricane Harvey in 2017. “We pause, we pray and we drive forward.”