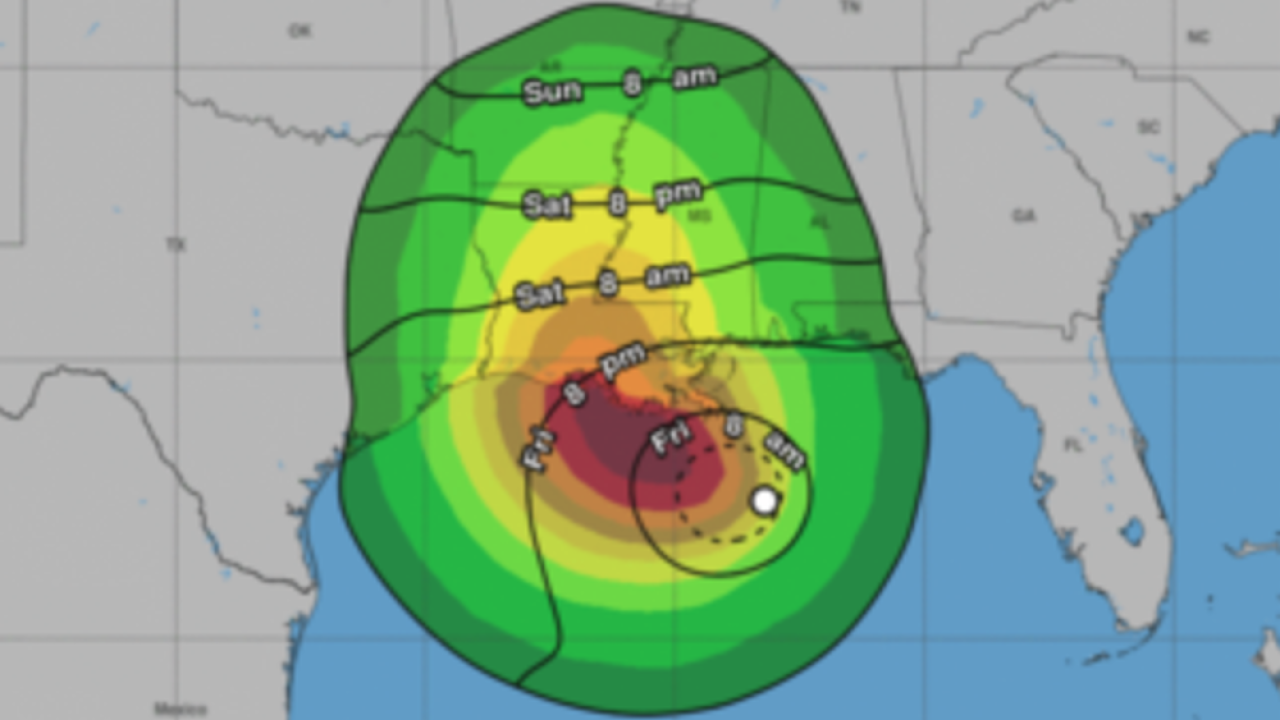 The National Hurricane Center has issued a hurricane warning for sections of the Louisiana coast as Tropical Storm Barry is churning the in the Gulf of Mexico.

Barry remains a minimal tropical storm with 40 MPH winds, but is expected to gain strength as it turns toward the Louisiana coast. The National Hurricane Center expects the storm to make landfall during the middle of the day Saturday.

The National Hurricane Center said a Hurricane Warning is now in effect for the coast of Louisiana from Intracoastal City to Grand Isle.

Despite the disorganized nature of Barry on Thursday, the storm is in a favorable environment for strengthening

The biggest impact of Barry could be the rain, which could cause flooding. The slow-moving storm could cause some areas to receive more than a foot of rain.