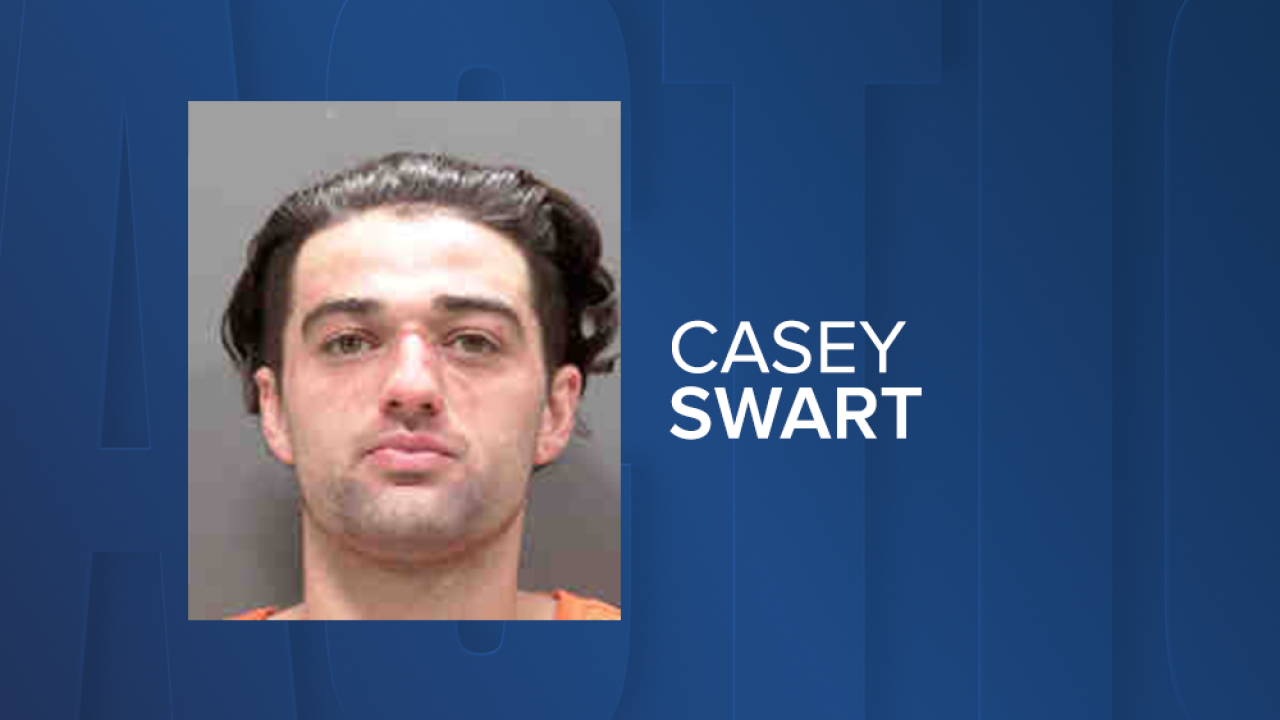 SARASOTA, Fla. — A man in Florida is facing manslaughter charges in connection with the death of his girlfriend who was nine months pregnant, police say.

Sarasota police say Casey Swart, 23, bought fentanyl and shared it with his girlfriend, also 23, which contributed to a medical episode.

According to police, they responded to the home in the 300 block of Osprey Ave. around 7:30 p.m. on Monday. They found Swart pacing in the living room and his girlfriend unconscious on the floor.

First responders attempted CPR but the woman, who is not being named in accordance with Marsy's Law, was taken to the hospital and pronounced dead.

Police say Swart spontaneously said, "Oh my God. I can’t believe it. Oh my God. I went too far," while pacing.

Authorities say toxicology results and a report from the medical examiner will determine the final cause of death.

Anyone with information on this case is asked to call Detective Maria Llovio at 941-263-6836 or leave an anonymous tip with Crime Stoppers by calling 941-366-TIPS or online at www.sarasotacrimestoppers.com.

This story was originally published by staff at WFTS.