Brazil: Presidential impeachment back on 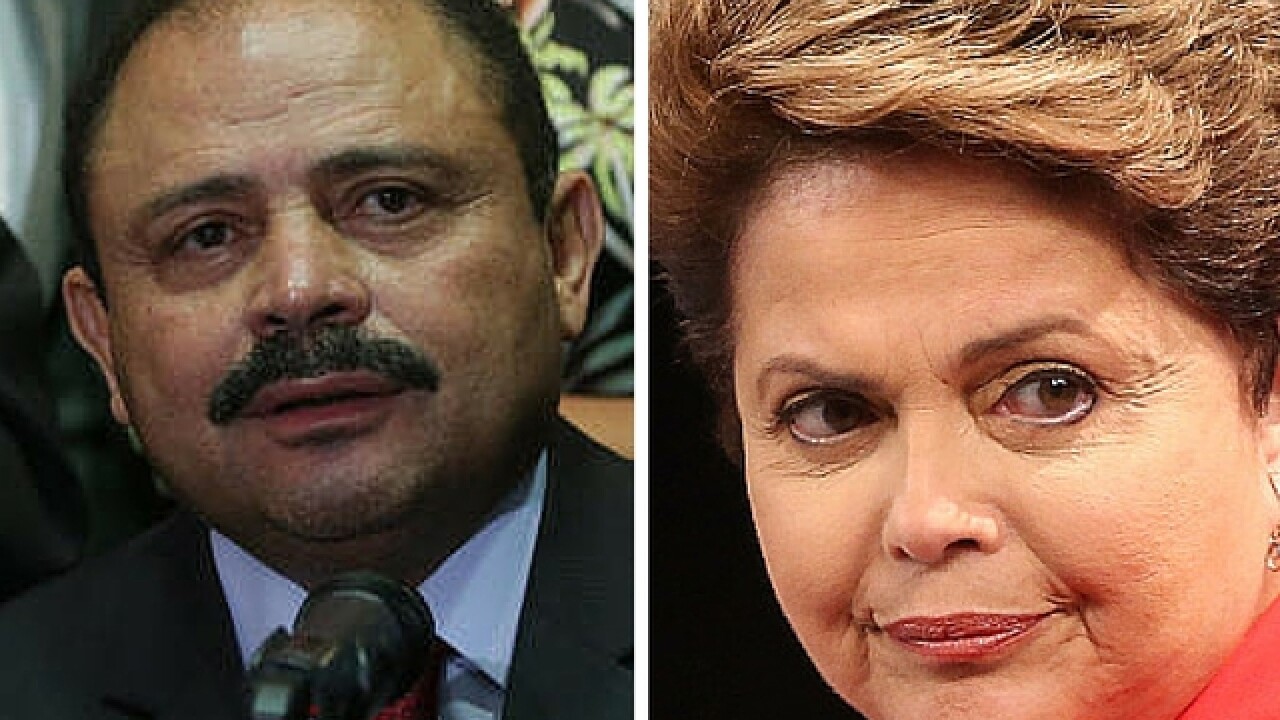 RIO DE JANEIRO (AP) — The rollercoaster ride that is the impeachment process against President Dilma Rousseff took another hairpin turn Tuesday after the acting speaker of the lower chamber of Congress reversed his own decision from just hours earlier that would have plunged the process into uncertainty.

The reversal by Waldir Maranhao put the impeachment process back on track, a day after he sparked chaos and sowed further discord among Brazil's fractious political class by annulling an April 17 vote by the Chamber of Deputies for impeachment. The move had put in doubt a crucial vote on the matter that was scheduled in the Senate for Wednesday.

Debate broke out over the legality of the move, and the head of the Senate declared he intended to ignore Maranhao's annulment and move full steam ahead with the process.

But late Monday, just over 12 hours after the initial announcement, Marahnao's spokesman Marcos Alberto said the acting speaker had gone back on his decision, for unknown reasons.

Such reversals are a staple of Brazilian politics, and the impeachment drama has been filled with such dramatic turns over the last several months. News reports suggested that Marahnao received extreme pressure from members of his Progressive Party who want to see Rousseff impeached.

By Tuesday afternoon, leaders of several parties were discussing ways to remove Marahnao from his interim post, underscoring the cutthroat nature of Brazilian politics and high emotions over the potential ouster of Rousseff.

Maranhao took over the reins in the Chamber of Deputies after former Speaker Eduardo Cunha, who was the driving force behind the impeachment effort, was suspended over corruption and obstruction of justice allegations against him.

Marahnao's change of heart cleared the way to restore Wednesday's vote in the Senate on whether to accept the impeachment case against Rousseff and put her on trial for allegedly breaking fiscal rules in her management of the national budget. If a simple majority of the country's 81 Senators decides in favor, Rousseff will be suspended and Vice President Michel Temer will take over until a trial is conducted.

Maranhao had argued that the lower house vote last month was riddled with irregularities, including party leaders telling members how to vote. Maranhao had voted against impeachment.

Rousseff supporters displayed their frustration on Tuesday, with rallies held in cities in more than a dozen states. Protesters occupied roads and highways, blocked university entrances and burned tires.

In Vitoria, about 310 miles (500 kilometers) northeast of Rio de Janeiro, one protester kicked and swung punches at three local journalists, who were treated for minor injuries. The attacks were caught on camera by Globo news. Police broke up crowds with tear gas, and said the man had been identified and would be arrested.

In a last-ditch attempt to stop the process, the government appealed to the Supreme Federal Tribunal, the highest court, on the grounds that last month's vote in the Chamber of Deputies was riddled with irregularities. While the possibility of court intervention is possible, by the full court or even an individual justice, so far the court has mostly steered clear of direct involvement in the impeachment process.

Lewandowski replied that the country's top court has so far ruled on the formalities of the proceedings, not on its merits.

"It would be premature (for the Supreme Court) to make any declarations at this moment," Lewandowski was quoted as saying on the court's website.

The political fight comes as Brazil is grappling with its worst recession in decades, a continuing corruption probe that already has ensnared top politicians and prominent businessmen, and an outbreak of the Zika virus. At the same time, the country's showcase city, Rio de Janeiro, is gearing up to host the Olympics in August.

Rousseff is battling impeachment over allegations that her government violated fiscal rules, in what critics say was a bid to artificially bolster the country's flagging economy. Rousseff has said that prior presidents used such fiscal maneuvers and that the impeachment effort amounts to a "coup" aimed at removing her and her left-leaning Workers' Party, which has governed the country for 13 years.

Rousseff's once-overwhelming public support has eroded with the onslaught of bad news, with her approval ratings dipping into the single digits in recent months. While polls have suggested broad public support for her impeachment, they have also pointed to widespread worry about who might replace her.