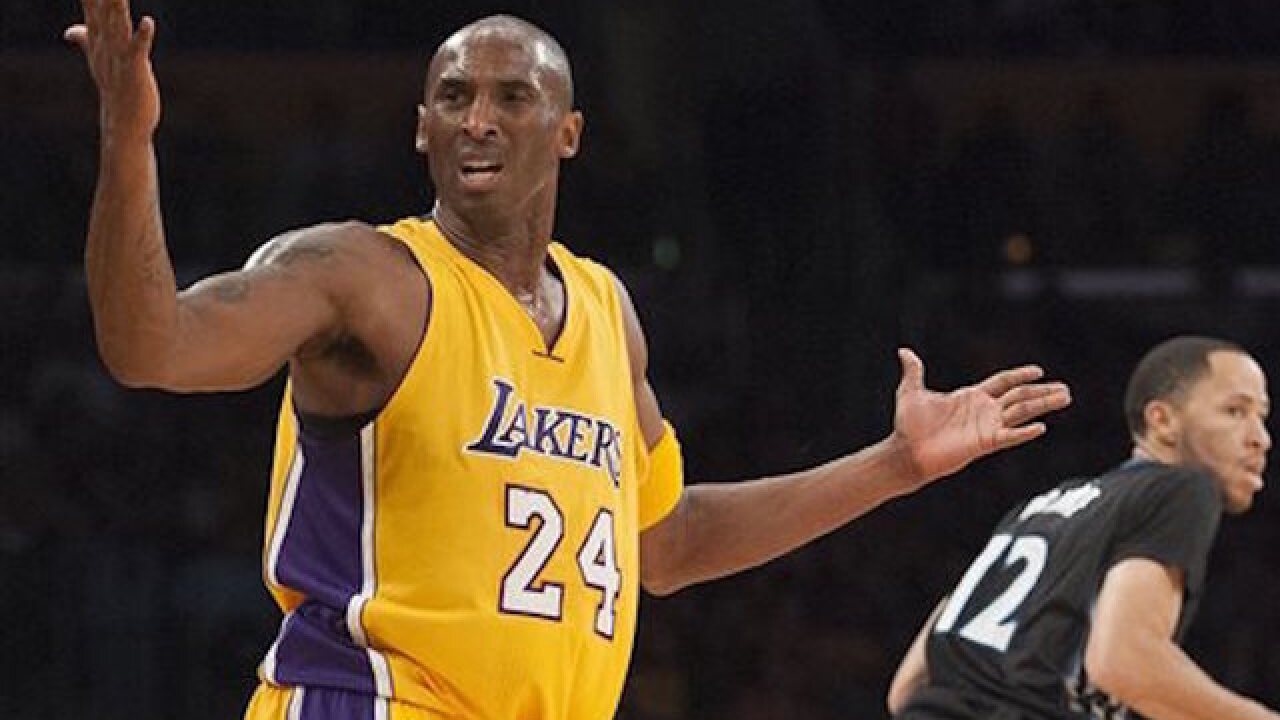 LOS ANGELES (AP) — LeBron James scored 24 points while sharing a court with Kobe Bryant for the final time, leading the Cleveland Cavaliers to a 120-108 victory over the Los Angeles Lakers on Thursday night.
Bryant had 26 points on 11-of-16 shooting in an entertaining farewell duel between two of the greatest players in NBA history.
Bryant, who will retire after the season, ignored his constantly sore right shoulder to make sure he didn't miss his 22nd meeting with James on an NBA court, albeit never in the playoffs.
After starting the night with a pregame chat and hug with the crowd on its collective feet just to watch pregame warmups, Bryant and James both had vintage individual moments in the final edition of this friendly rivalry.
Associated Press 2016