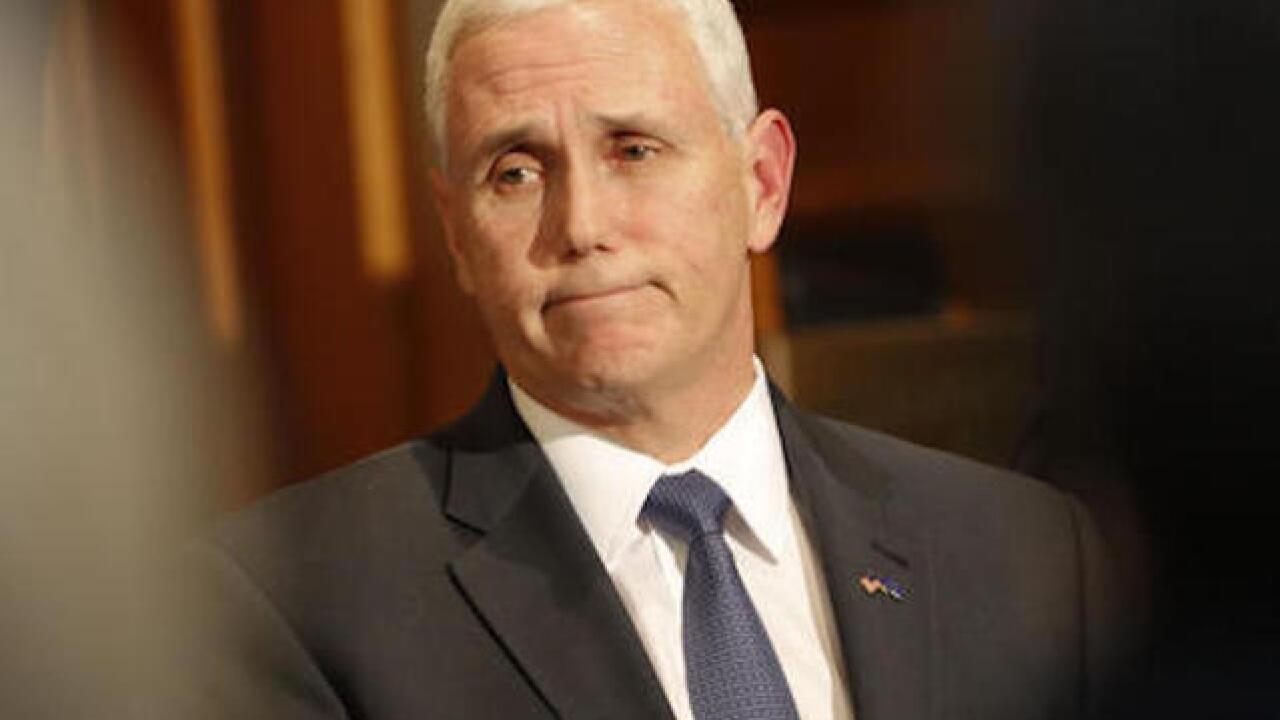 AJ Mast
<p>FILE - In this Wednesday, March 2, 2016, file photo, Indiana Gov. Mike Pence speaks at a news conference at the Statehouse in Indianapolis, on the decision of Carrier to move jobs out of Indiana to Mexico. Promising to tear up trade deals and tax imports, Republican presidential candidate Donald Trump taps into voter fears of foreign competition long unaddressed by the political system. But analysts say his ideas are misguided. (AP Photo/AJ Mast, File)</p>

INDIANAPOLIS (AP) — Republican Gov. Mike Pence signed a bill into law Thursday making Indiana the second state to ban abortions because of fetal genetic abnormalities such as Down syndrome.

Pence signed the measure just hours ahead of his deadline to take action on the proposal approved by the Republican-dominated Legislature two weeks ago, the governor's office said. It takes effect in July.

Pence called the bill "a comprehensive pro-life measure that affirms the value of all human life."

"I believe that a society can be judged by how it deals with its most vulnerable — the aged, the infirm, the disabled and the unborn," he said in a statement.

In addition to banning abortions due to fetal genetic abnormalities, the law will prohibit abortions done because of a fetus's race, sex or ancestry and mandate that the only way to dispose of an aborted fetus is through burial or cremation.

The bill has been criticized by a national group of gynecologists and several female Republican members of the GOP-dominated Indiana Legislature, who say it goes too far in telling women what they can and can't do.

Pence was a prominent abortion rights opponent while serving in Congress before being elected governor in 2012. He is facing a tough re-election campaign and will be counting on a strong turnout from his evangelical base in November.

It is unclear what impact, if any, the restrictions will actually have on abortions, as women could cite other reasons — or not give any — for seeking an abortion. Under the measure, doctors who perform forbidden abortions could be sued for wrongful death or face discipline from the state medical licensing board. Women receiving such abortions wouldn't face punishment.

Critics say the measure would require pregnant women to endure complicated pregnancies that pose a danger to their health and would lead women to not speak candidly with their doctors.

Critics in Indiana question whether the measure is constitutional, and even GOP House Speaker Brian Bosma said he expects a court challenge if Pence signs the bill into law. The New York-based Center for Reproductive Rights backed a lawsuit challenging the North Dakota law, but it went unresolved because the Fargo clinic decided instead to focus its fight on another abortion ban.