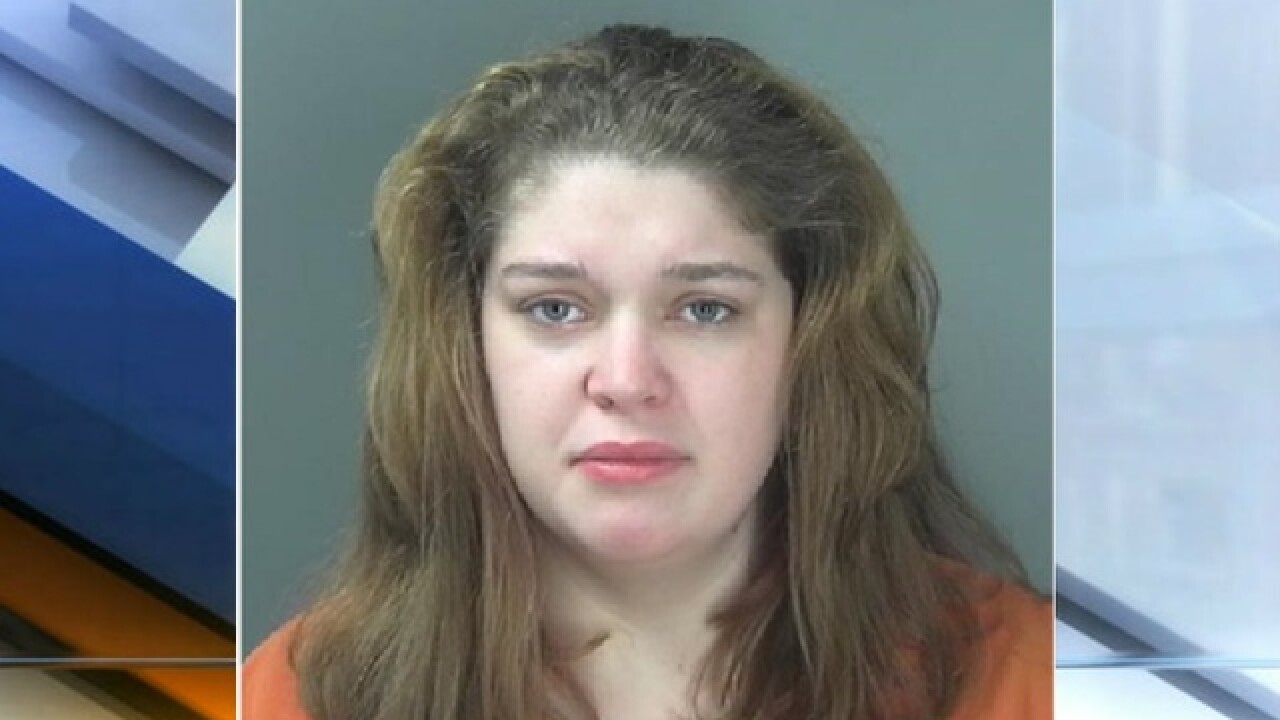 BLOOMINGTON, Ind. -- A 22-year-old mother admitted to slapping and putting her hand over her toddler’s mouth for 45 minutes, court records show.

Makayla Carpenter, 22, is charged with domestic battery and strangulation of her 2-year-old son.

A family member contacted the Monroe County Sheriff’s Office earlier this month with video evidence of child abuse, according to the probable cause affidavit.

The video shows Carpenter cussing, slapping the child and standing over him with her hands on the toddler, police said.

“(The child’s) cries become muffled, and sounds as if he is struggling to breathe,” read the report.  “The slap can be heard as well as seen on the video.”

When confronted by police, Carpenter admitted to slapping the toddler and placing her hand over his mouth for a period of 45 minutes.

“Makayla admitted to me that she knew she was making it somewhat difficult for (the child) to breathe normally, and she told me she feels like a monster,” read the deputy’s report.

The Indiana Department of Child Services is also investigating, but it's unclear if the child was removed from the home because the DCS file isn't public record.

Carpenter is scheduled for a pretrial conference on February 22.

Scripps sister station WRTV in Indianapolis was unable to reach Carpenter for comment and no attorney was listed for her.