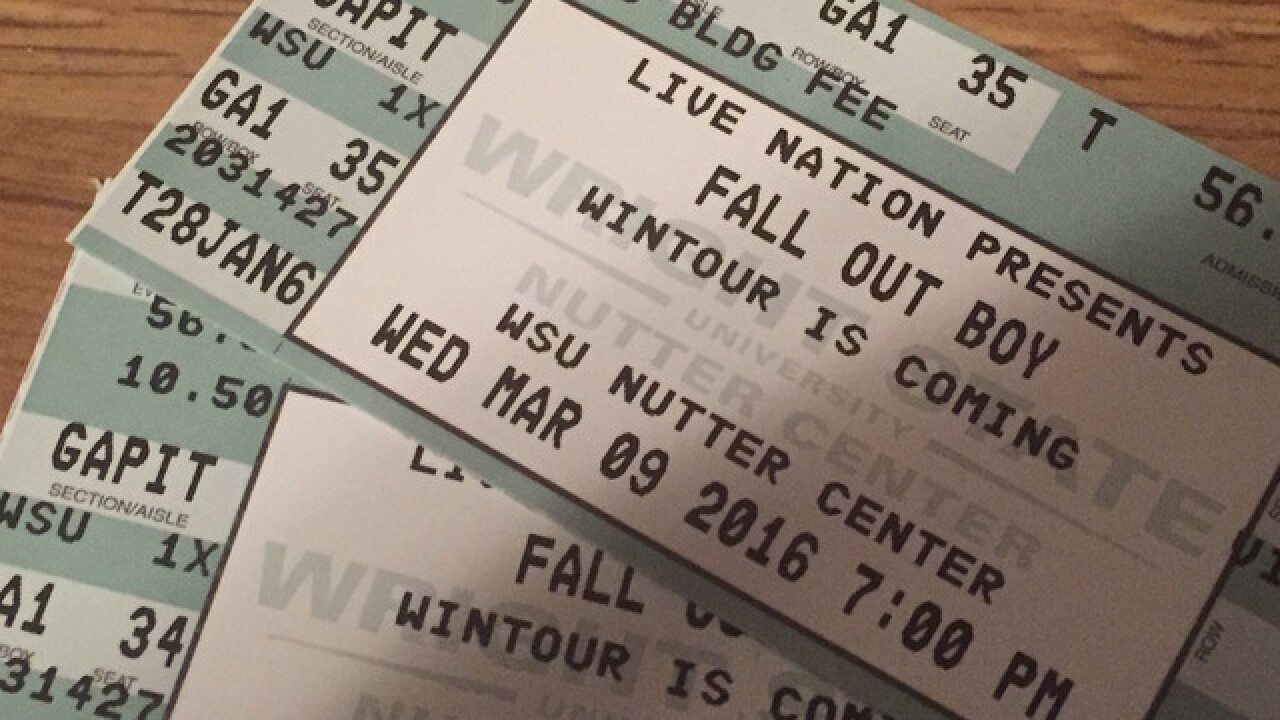 ALBANY, N.Y. (AP) — Had a hard time getting a ticket to a concert or sporting event? New York's attorney general says that's probably because more than half of tickets to many events are held for industry insiders or otherwise unavailable to the general public.

Attorney General Eric Schneiderman said in a report released Thursday that his investigation of the industry was prompted by consumer complaints, which his office receives regularly.

"Ticketing, to put it bluntly, is a fixed game," the report said. Investigators found abuses and practices that prevent consumers from buying tickets at affordable prices or sometimes even getting them at all.

Investigators found that third-party brokers resell tickets on sites like StubHub and TicketsNow at average margins of 49 percent above face-value and sometimes more than 10 times the price. Some brokers use illegal specialty software, called "ticket bots," to quickly purchase as many desirable tickets as possible for resale at significant markups, they said.

The report cited a single broker buying 1,012 tickets within one minute to a U2 concert at Madison Square Garden when they went on sale on Dec. 8, 2014, despite the vendor's claim of a four-ticket limit. By day's end, that broker and one other had 15,000 tickets to U2's North American shows.

Madison Square Garden is "well aware of the issue of tickets getting into the hands of brokers" and has been working to address it, spokeswoman Kimberly Kerns said. "While there are no obvious solutions, we continually look for ways to avoid selling tickets to brokers," she said.

Venues and sellers like Ticketmaster regularly tacked on fees that added more than 21 percent to the face value, investigators said. They found that on average, 16 percent of tickets are reserved for various industry insiders like the venue employees, artists and promoters, while 38 percent are reserved for presales to certain groups like holders of a particular credit card.

Ticketmaster did not immediately reply to a request for comment.

The report also criticized "price floors," particularly by sports leagues and teams including the NFL and New York Yankees, which are rules meant to prevent tickets from being sold below their face value and that deprive the public of possibly cheaper tickets. Many NFL teams encourage or even require ticket holders to use Ticketmaster's NFL Ticket Exchange platform, where the seller is prohibited from cutting the price.

"The more aggressively sports leagues and individual teams push ticket buyers and sellers to use their 'official' secondary markets, the more serious this problem becomes," the report said.

"This investigation is just the beginning of our efforts to create a level playing field in the ticket industry," Schneiderman said.

An NFL spokesman said the NFL Ticket Exchange is just one of many options for ticket holders to buy or sell tickets.

"The NFL does not require them to use the Ticket Exchange," Brian McCarthy said. "The NFL imposes no restrictions whatsoever on any fan's ability to buy or resell tickets on other secondary ticketing sites or to do so at any price they choose. "

A spokeswoman for the Yankees said the Yankees Ticket Exchange is "a completely voluntary program" and a small percentage of the market.

"It is however the only place where a fan can be guaranteed a safe ticket," Yankees spokeswoman Alice McGillion said.

Schneiderman's office is still examining the NFL platform's price floor and whether it's anti-competitive, said an official with knowledge of investigation who wasn't authorized to discuss it publicly and declined to be identified. They want the teams to remove it, he said.

The attorney general also has reached settlements with two ticket brokers operating without a reseller license. The settlements require one company to pay $80,000 and the other $65,000. They and their principals also must maintain a license.

The attorney general's office issued a report more than 15 years ago that found New York's ticket distribution system was largely underground and provided "access to quality seating on the basis of bribes and corruption at the expense of fans."

Thursday's report said that despite changes in technology and state law, the problems persist, and event ticketing is the great exception to areas of the economy where online sales have yielded lower prices and greater transparency.