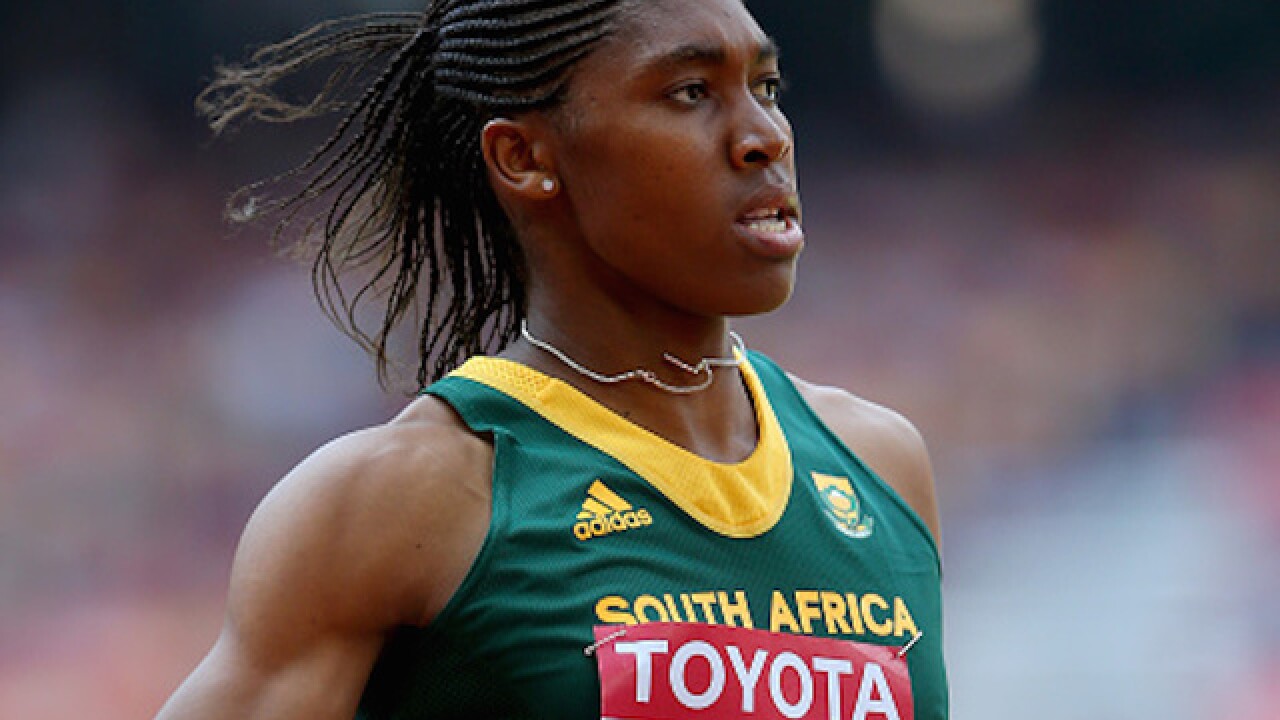 LONDON (AP) — Transgender athletes should be allowed to compete in the Olympics and other international events without undergoing sex reassignment surgery, according to new guidelines adopted by the IOC.

The guidelines are designed as recommendations — not rules or regulations — for international sports federations and other bodies to follow and should apply for this year's Olympics in Rio de Janeiro.

"I don't think many federations have rules on defining eligibility of transgender individuals," IOC medical director Dr. Richard Budgett said in a telephone interview. "This should give them the confidence and stimulus to put these rules in place."

Under the previous IOC guidelines, approved in 2003, athletes who transitioned from male to female or vice versa were required to have reassignment surgery followed by at least two years of hormone therapy in order to be eligible to compete.

Now, surgery will no longer be required, with female-to-male transgender athletes eligible to take part in men's competitions "without restriction."

Meanwhile, male-to-female transgender athletes will need to demonstrate that their testosterone level has been below a certain cutoff point for at least one year before their first competition.

"It is necessary to ensure insofar as possible that trans athletes are not excluded from the opportunity to participate in sporting competition," the IOC said in a document posted on its website that outlines the guidelines. "The overriding sporting objective is and remains the guarantee of fair competition."

"To require surgical anatomical changes as a precondition to participation is not necessary to preserve fair competition and may be inconsistent with developing legislation and notions of human rights," it added.

The guidelines, first reported by Outsports.com, were approved after a meeting in November in Lausanne, Switzerland, of Olympic officials and medical experts.

Budgett said there were no plans for the guidelines to be sent for approval by the IOC executive board.

"This is a scientific consensus paper, not a rule or regulation," he said. "It is the advice of the medical and scientific commission and what we consider the best advice."

Former IOC medical commission chairman Arne Ljungqvist, who was among the experts involved in drafting the new guidelines, said the consensus was driven by social and political changes.

"It has become much more of a social issue than in the past," he told the AP. "We had to review and look into this from a new angle. We needed to adapt to the modern legislation around the world. We felt we cannot impose a surgery if that is no longer a legal requirement."

"Those cases are very few, but we had to answer the question," he added. "It is an adaptation to a human rights issue. This is an important matter. It's a trend of being more flexible and more liberal."

Under the new rules, a man transitioning to a woman must undergo hormone therapy and demonstrate that the total level of male testosterone in the athlete's blood has been below 10 nanomols per liter for at least a year prior to competing.

The previous rule stated that, in addition to reassignment surgery, the athlete required a minimum of two years of hormone treatment. How long it will take the athlete to reach the new cutoff limit will depend on individual cases, Ljungqvist said.

"If you change sex, you will have to have a hormone level below 10 for 12 months," he said. "That does not mean a 1-year guarantee. You don't go below 10 from day one. It takes quite some time. It can take more than one year or two years."

The IOC document also cited the case of hyperandrogenism, or presence of high levels of testosterone in female athletes.

Indian sprinter Dutee Chand was suspended by the IAAF in 2014 due to hyperandrogenism and missed the Commonwealth Games and Asian Games.

But the Court of Arbitration for Sport suspended the rule last year, saying the IAAF had failed to prove that women with naturally high levels of testosterone had a competitive edge. Chand was cleared to compete, and the court gave the IAAF until July 2017 to present new scientific evidence.

The IOC statement urged the IAAF and others to go back to CAS with arguments in favor of reinstating the rule.

The issue of gender verification gained global attention after South African runner Caster Semenya was ordered to undergo sex tests after winning the 800-meter world title in 2009. She was eventually cleared to compete by the IAAF and won silver in the 800 at the 2012 London Olympics.

The IOC used to conduct gender verification tests at the Olympics, but those chromosome-based screenings were dropped before the 2000 Sydney Games because they were deemed unscientific and unethical.