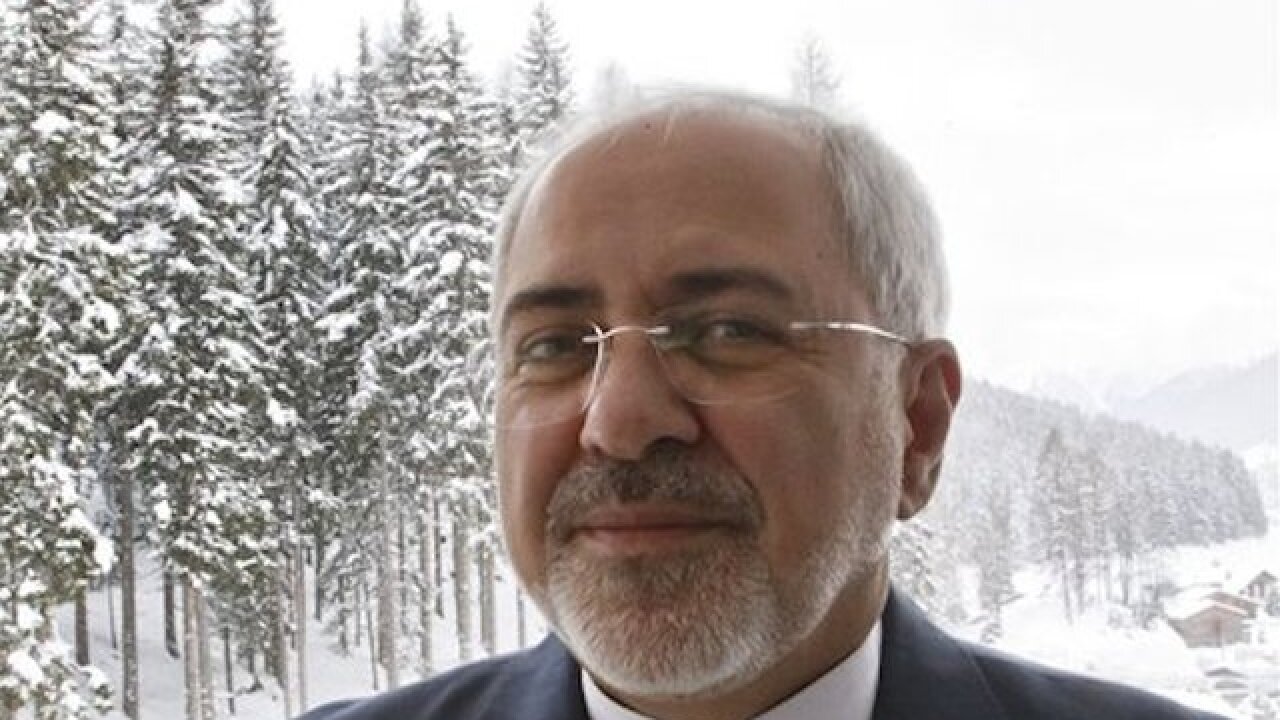 Copyright Associated Press
Michel Euler
<p>Iranian Foreign Minister Mohammad Javad Zarif poses on the balcony after an interview with The Associated Press on the sideline of the World Economic Forum in Davos, Switzerland, Wednesday, Jan. 20, 2016. A prevailing sense of anxiety was in the air in the Swiss ski resort of Davos as the World Economic Forum kicked off Wednesday with delegates fretting about the turbulence in financial markets, slowdown in China and plunging oil prices. (AP Photo/Michel Euler)</p>

He spoke at the World Economic Forum in Davos before taking part in a debate focusing on the Islamic Republic.

The United States on Sunday imposed sanctions against 11 individuals and entities involved in Iran's ballistic missile program as a result of Tehran's firing of a medium-range ballistic missile, a new punishment one day after the Obama administration lifted economic penalties against Iran over its nuclear program.

"It shows that the United States has an addiction which has been very difficult for it to overcome," Zarif said, specifying, "Its addiction to pressure, addiction to coercion, addiction to sanctions."

Asked about conservative voices within Iran, he said: "Iran is not a monolith, I think Americans would recognize that ... just like the United States is not. So you have a difference of views among various political actors, among various parts of the population."

Zarif spoke in a hotel room at the glamorous Intercontinental hotel, where U.S. Vice President Joe Biden was also holding meetings. The minister said they had no plans to meet.