Death toll from IS bombing of Iraq market at 73 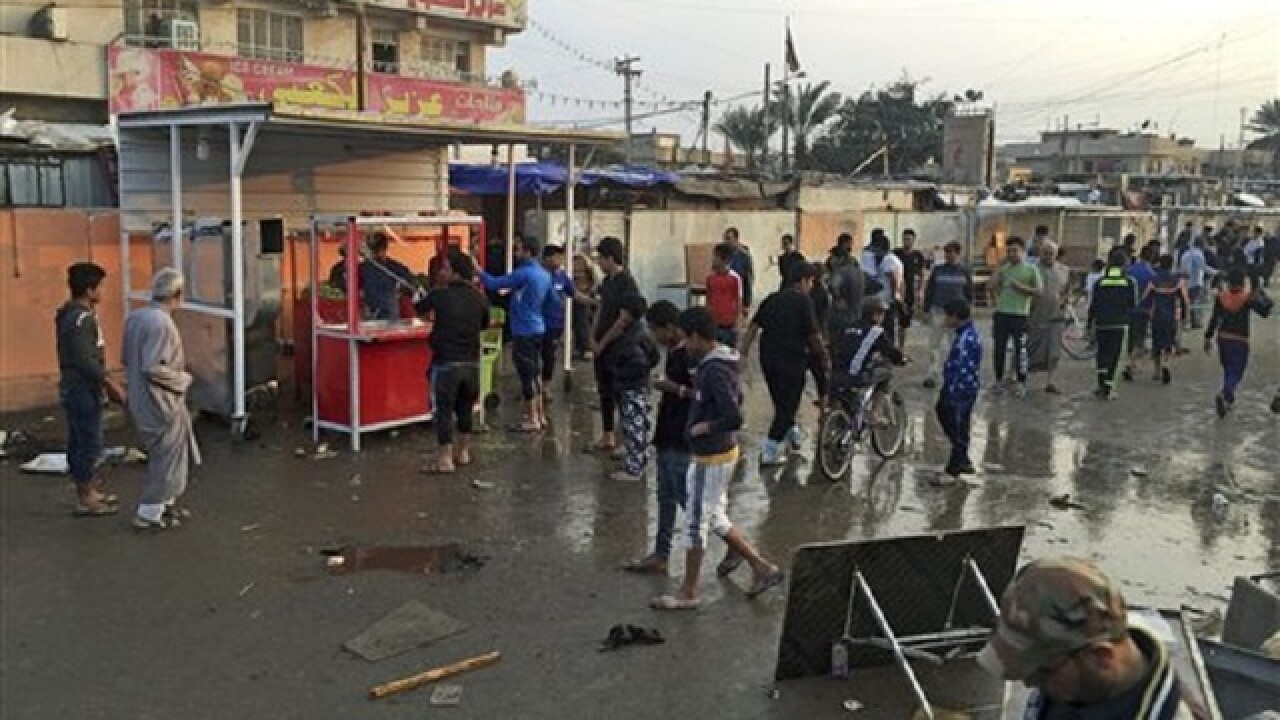 Ali Abdul Hassan
<p>People gather at the scene of deadly bombing attacks in Sadr City, Baghdad, Iraq, Sunday, Feb. 28, 2016. Militants attacked Mredi outdoor market on Sunday in eastern Baghdad, killing at least 24 people and wounding dozens, officials said. Minutes later, a suicide bomber blew himself up amid the crowd that had gathered at the site of the first bombing, he added. (AP Photo/Ali Abdul Hassan)</p>

BAGHDAD (AP) — Iraqi officials say the death toll from back-to-back market bombings carried out by the Islamic State group the previous day in eastern Baghdad has climbed to 73.
Police and health officials say several of the critically wounded died overnight while 112 people remain in hospital.
Also, at least five people are still missing after Sunday's blast ripped through the crowded Mredi market in the Shiite district of Sadr City, followed by a suicide bombing amid the crowd that gathered at the site.
Three medical officials confirmed latest death toll and number of wounded. All officials spoke on condition of anonymity because they aren't authorized to talk to reporters.
The Islamic State group, which controls key areas in northern and western Iraq, has claimed responsibility for the bombings.
Associated Press 2016