IS acknowledges death of 'Jihadi John' 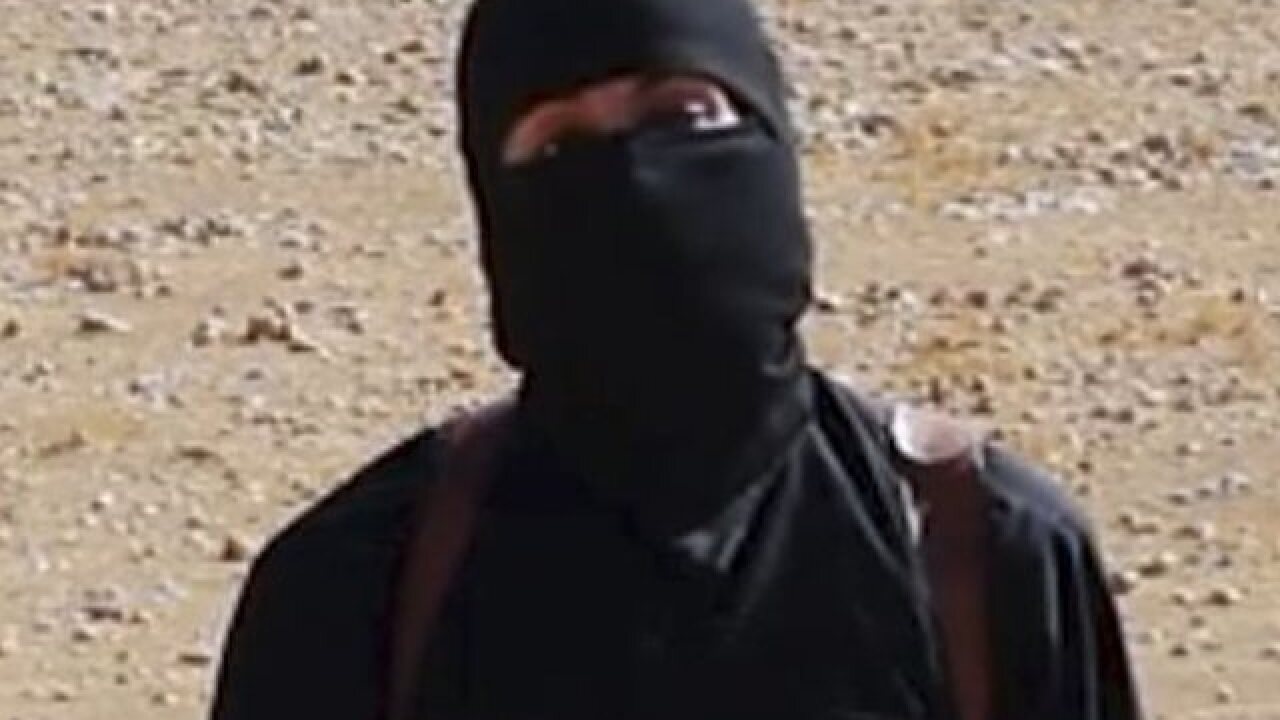 Copyright Associated Press
Uncredited
<p>FILE - This still image from undated video released by Islamic State militants on Oct. 3, 2014, purports to show the militant known as Jihadi John. A U.S. drone strike targeted a vehicle in Syria believed to be transporting the masked Islamic State militant known as "Jihadi John" on Thursday, Nov. 12, 2015, according to American officials. Whether the strike killed the British man who appears in several videos depicting the beheadings of Western hostages was not known, officials said. (AP Photo/File)</p>

NEW YORK (AP) — The SITE Intelligence Group says the Islamic State group is acknowledging the death of the masked militant known as "Jihadi John" who appeared in several videos depicting the beheadings of Western hostages.
SITE, which tracks terrorist activity, says IS published a "eulogizing profile" on Tuesday of Jihadi John in its English-language magazine Dabiq. He had been identified by the U.S. military as Mohammed Emwazi, a Kuwaiti-born British citizen.
The U.S. military had said it was "reasonably certain" that a drone strike in Syria had killed Emwazi.
Copyright 2016 The Associated Press. All rights reserved. This material may not be published, broadcast, rewritten or redistributed.
RTV6