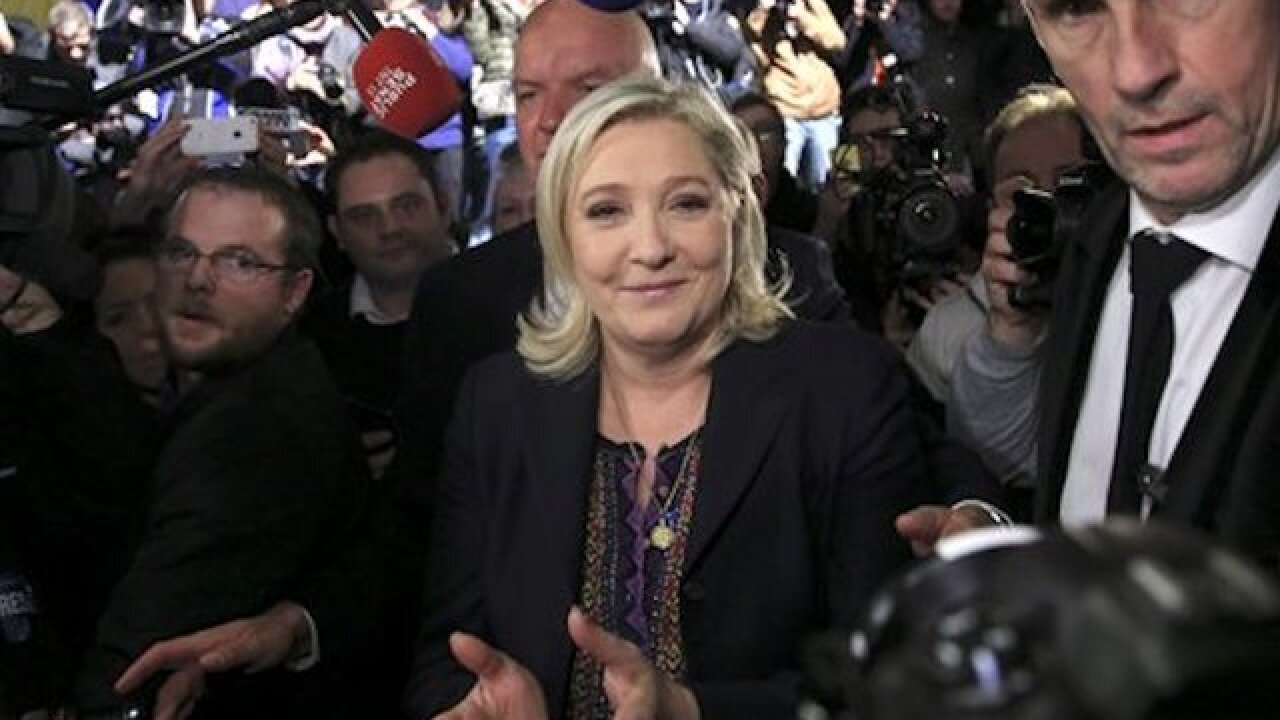 PARIS (AP) — French far right leader Marine Le Pen on Thursday took down a tweet showing the killing of American reporter James Foley after his family protested — but left up two other gruesome images of violence by Islamic State extremists.

French authorities are investigating the tweets, which Le Pen posted in response to a journalist who made an analogy between her anti-immigration National Front party and the Islamic State group.

Le Pen was trying to show the difference between the two but the effort backfired, drawing widespread condemnation, and the interior minister accused her of fomenting Islamic State propaganda.

Foley's mother Diane said on French radio RTL on Thursday that the tweets "add to the family's pain." The family issued a statement saying, "We are deeply disturbed by the unsolicited use of Jim for Le Pen's political gain" and want the photos taken down "immediately."

"I don't regret the publication of this photo," Le Pen told reporters at the European Parliament in Strasbourg on Thursday in remarks shown on French television. She called her move a "good way" to counter the claims that her party has any similarity to IS.

Foley was captured in 2012 among other Westerners, and beheaded in 2014.