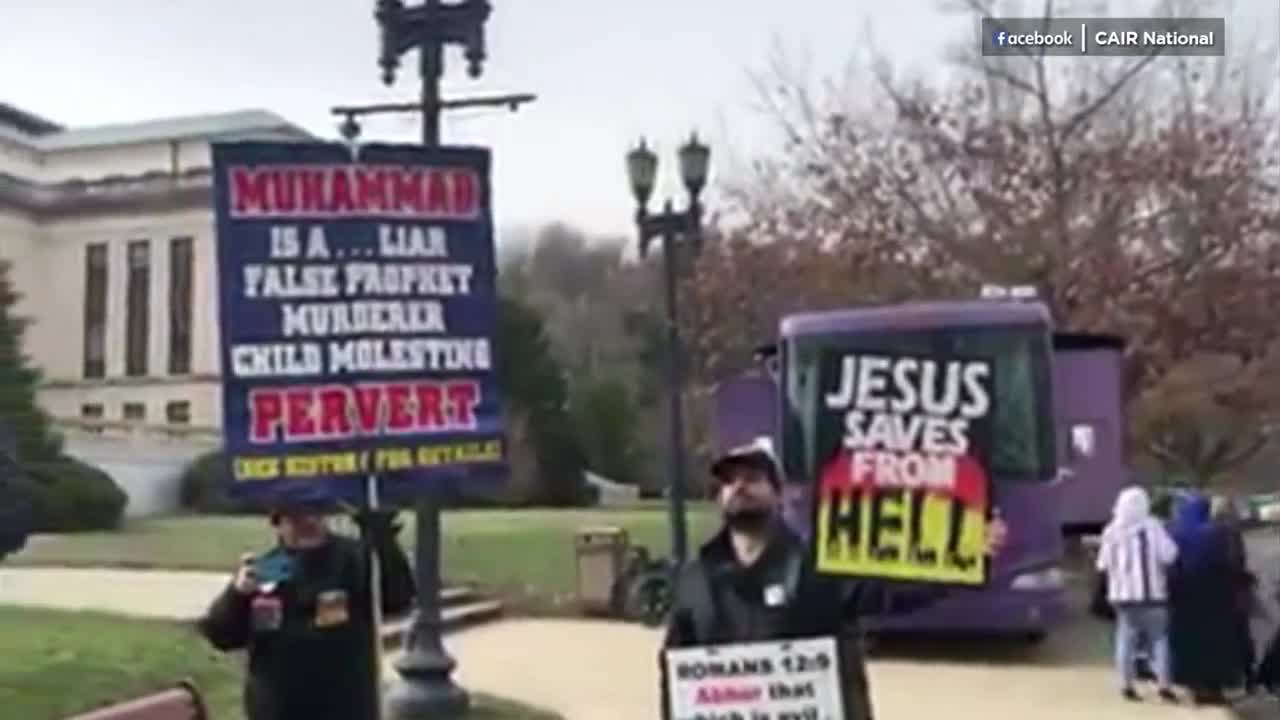 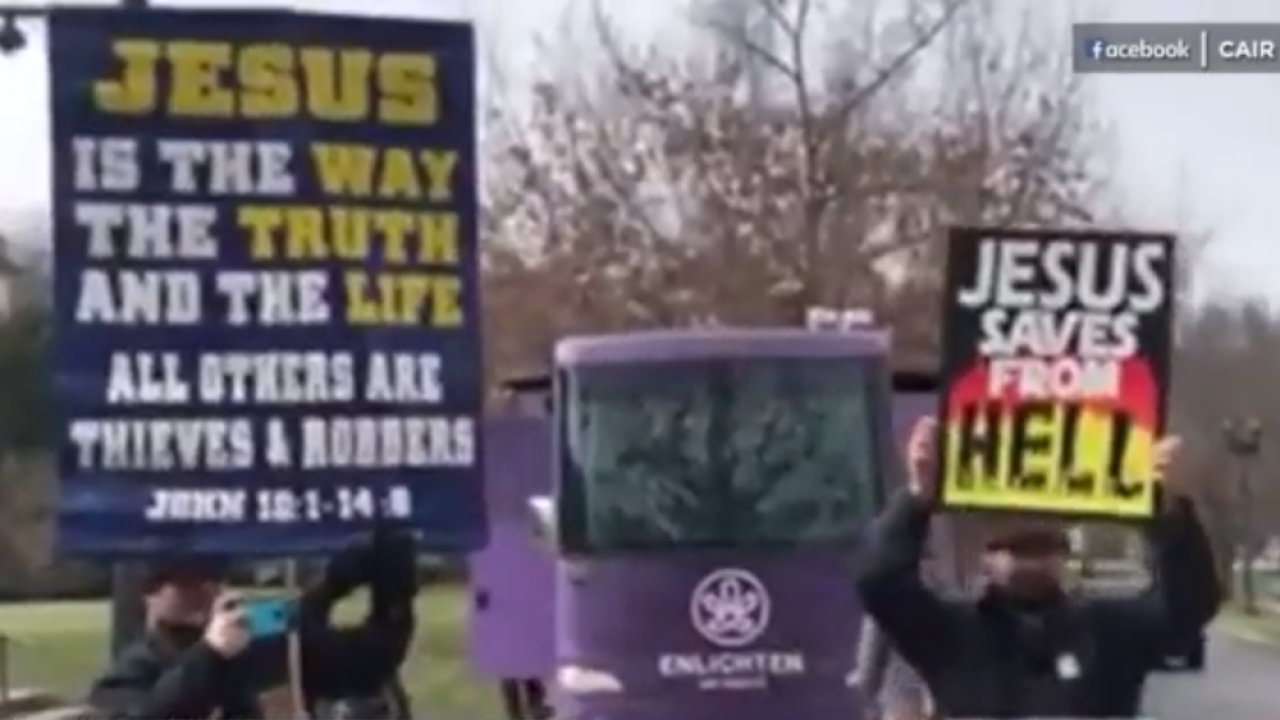 Hundreds of Muslims were in Frankfort Wednesday for the annual Muslim Day at the Capitol. The event's goal is to encourage people to get to know their lawmakers and voice their opinions on relevant topics.

But the video, which was posted on Facebook by CAIR, shows a group of men shouting at Muslim school children, urging them to convert to Christianity or they would "go to hell." They also call Islam a "false religion."

The group of men held several signs, including one calling the prophet Muhammad a "liar," a "murderer" and a "child molesting pervert."

The man filming the incident urged the group to stop "harassing the children."

Even though the demonstration happened outside, it did get the attention of people inside the Capitol. State Rep. David Hale (R-Menifee, Montgomery, Powell), who is also a pastor, reportedly rebuked the protesters, saying he would "die for their right to worship the god that they so choose."

When asked, some of the Muslim visitors said the protesters didn't bother them, and they "wish peace upon them."

This story was originally published by Alex Valverde on WLEX in Lexington, Kentucky.